Boris Johnson reportedly said claims he had squeezed a journalist’s thigh under a table during a private lunch were ‘f***king untrue’ after aides first told the PM about the bombshell allegations.

Charlotte Edwardes claimed the incident took place at the offices of The Spectator in London shortly after Mr Johnson became the magazine’s editor in 1999.

A Downing Street spokesman said yesterday that the accusations made against Mr Johnson were ‘untrue’ but the Health Secretary Matt Hancock said he knew Ms Edwardes to be ‘trustworthy’.

The Sun said Mr Johnson had told his advisers that ‘this is f***ing untrue’ when the claims were first brought to his attention after they were published in The Sunday Times.

Meanwhile, Sajid Javid today said he ‘totally trusts’ Mr Johnson over the allegations which have dominated the start of Conservative Party conference in Manchester.

Ms Edwardes said that after the lunch had taken place she had confided in the young woman who was sitting on the other side of Mr Johnson, who told her: ‘Oh God, he did exactly the same to me.’

But a Number 10 spokesman moved to reject the allegations as they said: ‘This allegation is untrue.’

Downing Street’s rebuttal prompted Ms Edwardes to respond on Twitter: ‘If the prime minister doesn’t recollect the incident then clearly I have a better memory than he does.’ 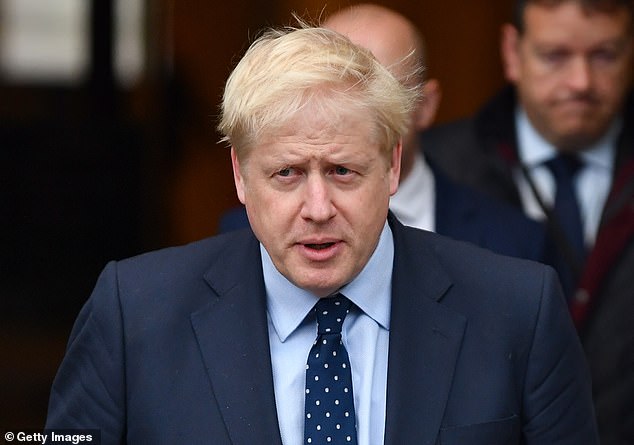 Boris Johnson, pictured in Manchester yesterday, reportedly told aides the allegations made against him were ‘f***ing untrue’ 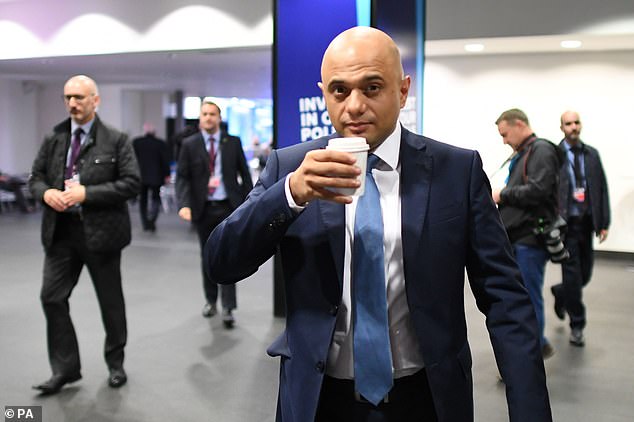 Sajid Javid, pictured in Manchester this morning, said he ‘totally trusts’ Mr Johnson over allegations the PM squeezed a journalist’s thigh 20 years ago. Downing Street said the allegation was ‘untrue’.

Downing Street will have been immensely frustrated by the timing of the allegations made against Mr Johnson because they have overshadowed his first Tory conference as leader.

Yesterday saw numerous Cabinet ministers and senior Tory figures grilled over what they had made of the claims.

Mr Hancock, who said he knows Ms Edwardes well, said he believed her to be trustworthy, adding: ‘I entirely trust what she has to say.’

Asked if he believed her claims, he said: ‘I know her and I know her to be trustworthy.’

Former work and pensions secretary Amber Rudd, who quit the Tories and now sits as an independent MP, then said in a tweet: ‘I agree with Matt Hancock’.

A number of female Tory MPs defended Mr Johnson over attacks on his character.

Former defence secretary Penny Mordaunt said the PM was a ‘decent person’ but his style occasionally meant he was like blundering Some Mothers Do ‘Ave ‘Em character Frank Spencer.

Speaking at a fringe event, Ms Mordaunt said: ‘He is not the individual that he is quite often painted as being.

‘He occasionally has the style of Frank Spencer in a china shop. But he’s a decent person. I think he cares a great deal about women and girls.’

‘And on that basis, I absolutely judge the Prime Minister to be a feminist.’

Tory HQ will be hoping that the conference can get back on track today with Mr Javid due to set out his vision for the British economy in a major speech.

But a series of broadcast interviews by the Chancellor this morning were dominated by questions relating to the allegations made by Ms Edwardes.

Mr Javid told the BBC’s Radio 4 Today programme: ‘If you are referring to these allegations of a personal nature that were made a couple of days ago, I have talked to the Prime Minister about that and first of all he couldn’t be clearer, absolutely clear, that they are completely untrue and I totally trust him on that. 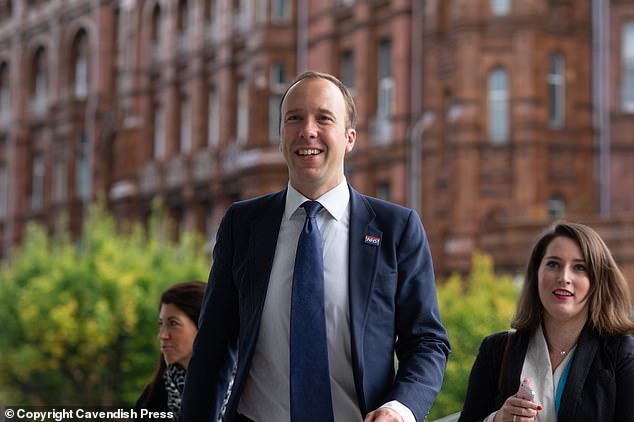 ‘As to anything else about that it is not appropriate for me to discuss it, to get into it, because it is just not right.’

Asked if the allegations were being treated seriously, Mr Javid said: ‘One thing I have noticed in the nine years I have been in parliament is that there are personal allegations all the time.

‘Each time I have heard about them, whoever they are about, I don’t get involved and don’t really comment on them because how would I know anything about these allegations and so it would just be inappropriate.’

Earlier today, Mr Javid had refused to be drawn into the ‘personal’ allegations during an appearance on ITV’s Good Morning Britain programme.

He was repeatedly asked about the claims made by Ms Edwardes but insisted that what ‘really matters now is that we deliver Brexit‘.

Mr Javid was forced to address the allegations after Piers Morgan highlighted a number of MPs who had been forced to resign from ministerial positions due to allegations of misconduct.

Seemingly irritated by the line of questioning, Mr Javid said: ‘What I’m saying is I don’t talk about it and I never have and I’m not going to do it now.

‘It’s not right for me to get drawn into it. You have talked about other allegations about behaviour in public office, Boris has denied any wrong doing.’ 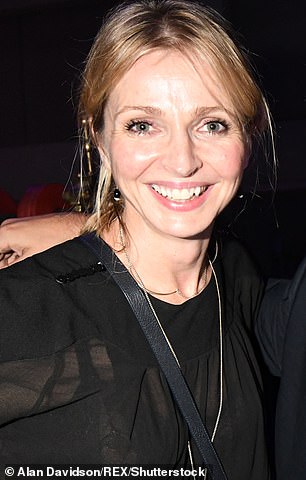 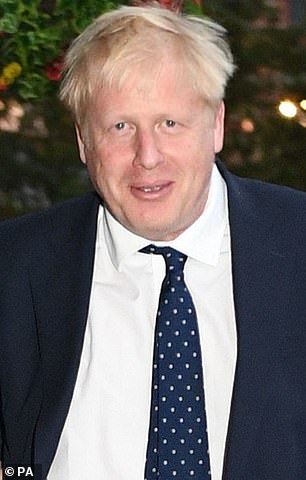 Boris Johnson (right)  is accused of squeezing a journalist Charlotte Edwardes’ (left) thigh at a private lunch with such force it made her jerk bolt upright, it was claimed

As Mr Javid appeared to try to move the conversation on, Mr Morgan asked if the behaviour Mr Johnson has been accused of would be acceptable.

The Chancellor said: ‘Of course a man shouldn’t be touching a woman when they don’t want them to, that is clear, but I’m not getting drawn in to personal allegations.

‘You are implying that these allegations are true and correct. I get all sorts of allegations every day and it doesn’t mean they are true.

‘What really matters now is we deliver Brexit. We need to fight crime and upgrade our national infrastructure and that’s what I’ll be talking about today.’