Hoaxer, 27, is jailed for four years after building fake nail bombs that triggered a massive security alert in central Manchester because he wanted Piers Morgan to interview him

A mentally ill man who heard voices telling him to kill has been jailed for four years for leaving a series of fake explosives around a city centre shopping precinct in hopes of receiving treatment and being interviewed by Piers Morgan.

Thanasis Joel, 27, wrote a letter to the Good Morning Britain presenter which read: ‘By the time you get this, you will hear of me’ before he planted one device in a library and then took two others to the heart of Manchester.

As thousands of shoppers milled around the city’s Piccadilly Gardens area on May 3 this year, Joel off a tram, approached a policeman and revealed he had two fake bombs in his rucksack, along with a hammer, knife, ball bearing gun and petrol bombs.

He then warned a third device had been left in a toilet nine miles away at Oldham Library.

As the officer listened in horror former carpentry student Joel, wearing a white T-shirt on which he had written the names of mass murderers and white supremacists in black marker pen, explained: ‘They are telling me to harm people and I have had enough. 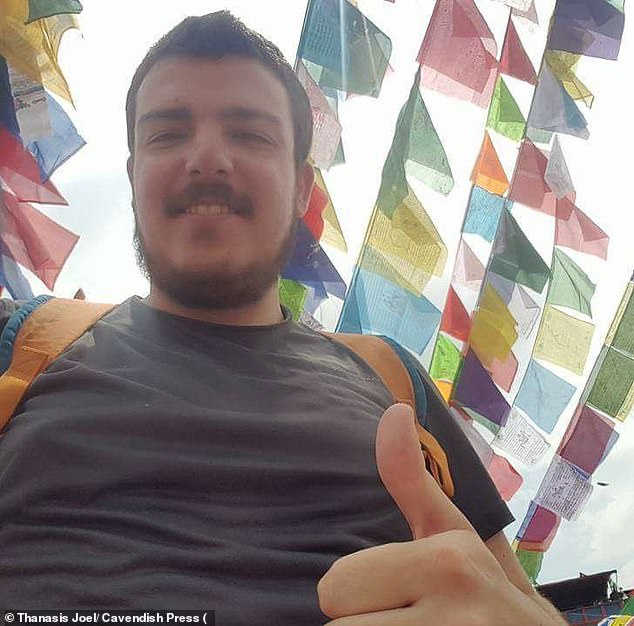 Thanasis Joel, 27, left a fake nail bomb in a public toilet in Oldham then approached a police officer in central Manchester to admit he had two others in his rucksack

‘I thought they would go away by doing this but they are there all the time.

‘It is like they are not taking me seriously I thought this is the only way it is going to happen and I can get arrested.’

His confession sparked a major evacuation of the area as army bomb disposal teams carried out on a controlled explosion on the device at Oldham before making safe the other two in Manchester.

Police later concluded the fake bombs were made of jam jars filled with nails and wires, with watches placed on top.

The massive security operation at 1pm on a Friday afternoon is thought to have cost businesses around £500,000 in lost trade.

The normally bustling shopping area was closed off to traffic and trams. Locals were unable to get into their homes before the cordon was lifted after seven hours at 8pm.

Police recovered the letter Joel wrote to the journalist as they searched him at the scene. 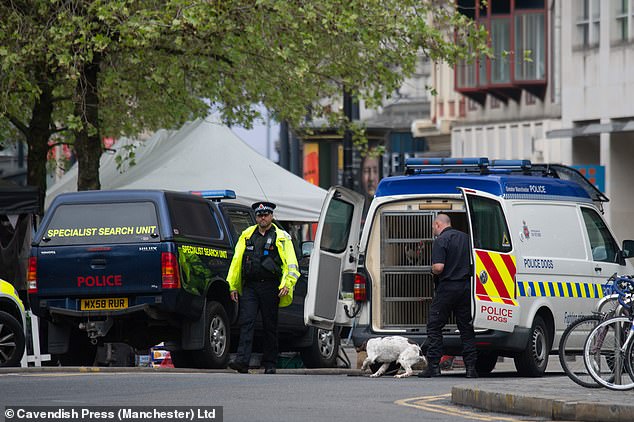 It read: ‘Hello Piers. By the time you get this letter, you will hear of me in the news for what I am about to do.

‘I have mental problems but we are let down by the NHS and the government.

‘I have been hearing voices on and off for a year telling me to kill people so I am doing this to see if the voices will go away.

‘I will make fake bombs and put them in Manchester.

‘Long story – I want you to come and see me and do an interview with me for TV like you do in the USA.

‘I don’t want money, I just want to tell my story. Don’t know where I will be. Find me. I will be in prison or mental hospital where I need to be.’ 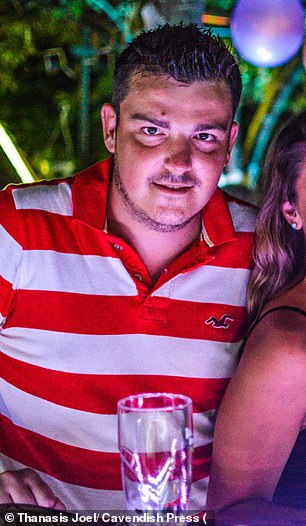 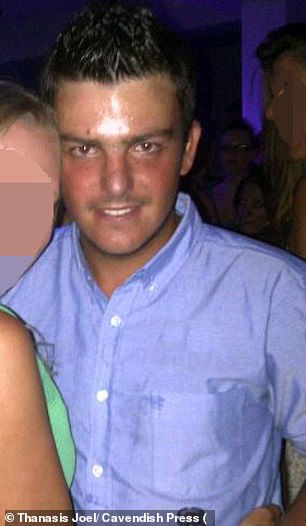 Joel told officers the voices in his head had been telling him to kill and this hoax was a way of getting himself the mental health treatment he needed. He also wrote a letter to Piers Morgan

At Minshull Street Crown Court, Manchester, Joel, from Hollinwood, Oldham, admitted placing an article with intent to cause fear, causing a public nuisance, having a bladed article and possession of a firearm.

Sentencing Judge John Potter told him: ‘None of the devices contained detonators or explosive liquids but they looked realistic enough to cause significant alarm to the untrained eye at first sight and you did this because you intended to cause widespread alarm.

‘These were not the actions of an individual who randomly caused a threat to public safety. Your actions were far more serious, thought out and sinister. This was not a simple protest by you at a lack of mental health provision as you claim in your letter, but instead an egotistical and selfish series of acts designed to grab attention and achieve a degree of notoriety.

‘The police properly took what was presented by the explanation by you of your plan as a very major threat to public safety and in my view were right to do so – particularly in light of other attacks that this city has been subjected in in the recent past and beyond.

‘The consequences of your actions were widespread. Literally thousands of people had to walk some distance from the scene to continue with their daily lives. Whilst no one suffered any physical injury there is clear evidence that financial loss was significant and psychological harm was caused to some whilst additionally there was very widespread public disruption. 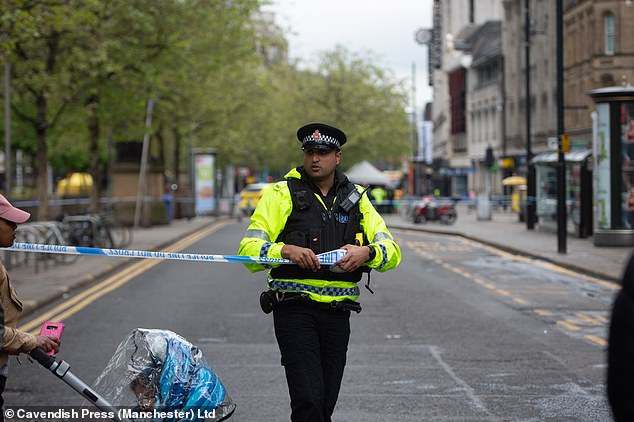 The court heard the incident began when a PC spotted Joel ‘crying and flapping his arms around in an agitated state’ near the food market.

Miss Vanessa Thomson, prosecuting, said: ‘The defendant asked the officer if they could go somewhere quiet and then said: “I’ve done something really bad – it’s the voices in my head, they make me, there is a hammer and knife in my bag”.

‘He then added he had fake nail bombs in his possession.

‘He said the fake bombs contained nails and no chemicals and added: “It’s mental health and no-one is taking me serious. I have to to do what I have to do.”

‘He then told the officer he had planted a fake nail bomb in the toilets of Oldham library about an hour beforehand.’

While the information was relayed to police HQ, Joel told another constable he had planned to plant the two devices at Piccadilly railway station and the Printworks cinema complex – claiming he wanted to get himself arrested.

His rucksack was seized and he was led away to a nearby police station whist the area was evacuated and a 50 metre cordon was placed around the bag for fear the devices could be real.

Trained officers searched the rucksack and recovered the BB gun, lock knife and two Lucozade bottles which Joel claimed contained petrol before waiting for army bomb disposal officers to check the fake bombs after destroying the device in Oldham.

Miss Thomson said: ‘All surrounding business premises and residential properties, retail and food outlets were evacuated and police said it took a significant amount of time to complete the exercise and make the area safe.

‘As a consequence of the public alarm, other calls were received regarding suspect packages.

‘The fear of terror attacks had increased following the Arena attack and the task of ensuring public safety was paramount. At the time Piccadilly gardens was very busy due to it being a pleasant sunny day.’ 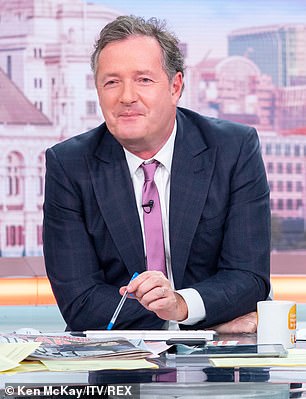 In a statement one experienced PC said: ‘I’ve dealt with a wide range of incidents in my career but I was rather petrified by this ordeal. It was a judgement call opening the bag to check.

‘We have to deal with a number of suspicious package incidents but this was totally different.

‘His demeanour and behaviour – and then seeing the hammer – gave us real concern a device or bomb may have been in the bag too.

‘He did say it was fake from the outset – however we couldn’t take that chance.’

Police found pictures of the fake bombs on Joel’s mobile phone plus an image of him holding the BB Gun, the marked T-shirt and the Lucozade bottles next to a petrol can and a lighter. He refused to respond to any questions in interview.

In mitigation defence counsel Carl Hargan said: ‘He was suffering from mental health difficulties and his remorse is genuine in this case.

‘He cannot believe what he has done and he cannot believe that is him. He appreciates the fear that must have been caused and he is struggling to deal with the impact and the fact that it was him who caused it.

‘His mother says, he and his brothers were abducted by their father and subjected to emotional and psychological abuse.

‘She struggled for a long time to get her sons back due to the difficulties getting them back from Greece.

‘She says he suffered more, as he was a bright and sensitive boy.

‘Since September 2018 he was really bad he was withdrawn and not interested and she took the view that he needed help.

‘For a young man whose mental health had deteriorated quite dramatically he saw this as some sort of justification for he did. It was obviously a cry for help.

‘Did he appreciate the impact it would have? Probably not at the time but he certainly does now.

‘I think what happened represents some kind of mental health crisis. He is ashamed of what he has done.’