It seems fans will have to wait even longer  for Kanye West‘s new album.

The long-delayed Jesus Is King failed to drop as scheduled on Sunday, but there have been no more updates as to a new release date.

The delays are seemingly caused by Kanye’s perfectionist tendencies, with sources from his camp telling TMZ that he keeps making ‘final’ tweaks, subtly changing the tracks every time he listens to the album. 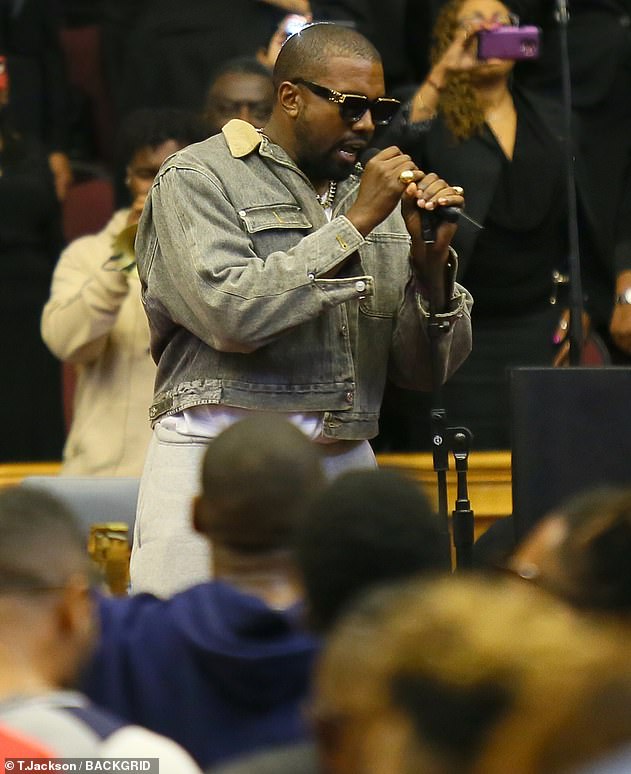 Focused: Kanye West pushes back Jesus Is King release date yet again… as he keeps making ‘final’ tweaks; he is seen on Sunday, the day his album failed to drop, freestyle rapping at The Greater Allen A.M.E. Cathedral of New York in Jamaica, Queens 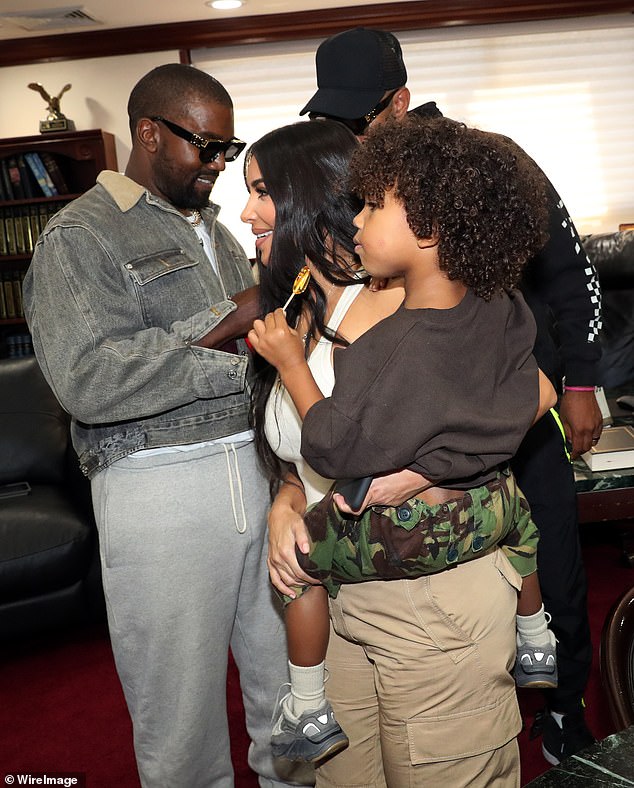 Performance: The Jesus Walks rapper, 42, put on an energetic performance with the local congregation and the choir as wife Kim Kardashian and their children supported him

Kanye was initially set to release his album on Friday, but his wife Kim Kardashian then revealed that he was still working on the final mixes for the project and would instead release it on Sunday after listening sessions, which took place in Detroit, Chicago and New York at the weekend.

She wrote in an Instagram story: ‘Kanye is doing a listening session in Chicago tomorrow, then NYC Sunday. He’s dropping the album Sunday. Just a few final tweaks to the mixes.’

Fans have been waiting for over a year for new material, which Kanye began work on in August last year. Initially the album was named Yandhi and release dates were given for September and November 2018, before it was delayed indefinitely.

According to those present at the listening parties this past weekend, Kanye borrows from ‘religious texts’ for the lyrics. 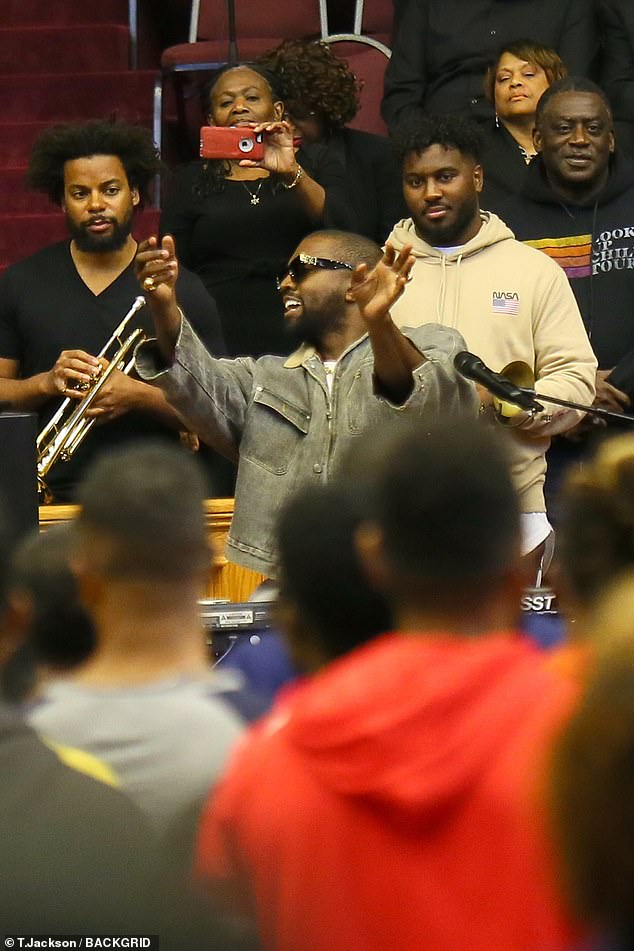 The latest: Kanye impressively performed a freestyle rap for his latest Sunday Service

The 42-year-old rapper has been hosting a Sunday Service, which features a gospel choir and other musical performances, since January, and his much-delayed ninth studio album continues to document his Christian beliefs and also sees him address the state of the world and society’s obsessions with social media.

According to The Sun newspaper’s Bizarre column, the track Water sees Kanye – who has children North, six, Saint, three, Chicago, 20 months, and Psalm, four months, with reality star Kim – claim that humans are made up of 90 per cent water, 30 per cent less than scientists believe.

Whilst on Closed On Sunday, he asks people to ‘put the ‘gram away’, despite his wife using the app as an income.

On LA Monster, the hip-hop superstar hits out at Los Angeles – where he lives a life of luxury with his family – for ‘lettin’ Satan run they streets.’ 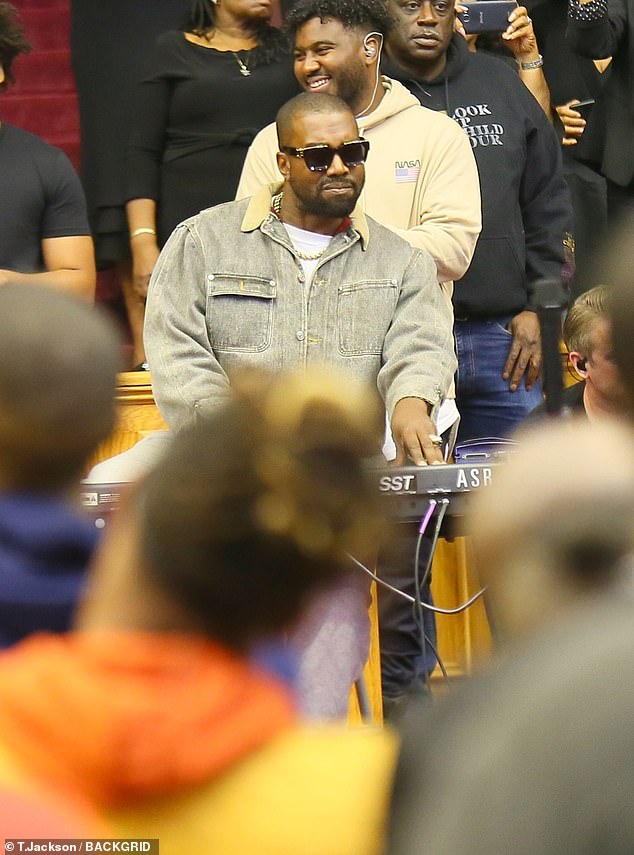 He raps: ‘It’s the ugliest nightmare born from the prettiest dreams; millions of people trying to get on the scene; and everyone selling their souls, everyone saying they woke, but they sleepwalking, dead, eyes closed.’

Elsewhere, Hands On appears to be Kanye asking for another chance after he previously controversially suggested slavery was a ‘choice’ before apologising last May.

He belts out: ‘Thirteenth amendment, three strikes/ Made a left, when I should’ve made a right.’

According to the tabloid, Nicki Minaj has been dropped from the song ‘New Body’, with only Ty Dolla $ign appearing on the track.

He is also planning to release an IMAX film in October called Jesus Is King: A Kanye West Experience, which he recently previewed a ‘small clip of’.

Kanye last dropped an album in June 2018 when he released eighth record Ye.