Axed Thomas Cook staff opened a pop-up branch in Stoke-on-Trent today to help holidaymakers after the collapse of the travel giant.

Members of staff from the travel agent’s shuttered Longton branch offered free advice to customers on Monday afternoon at a nearby shopping centre.

Meanwhile in Glasgow, tearful former staff members gathered at union offices to consider their redundancy and in Manchester, workers petitioned the government for support at the Conservative Party conference.

The news comes after the 178-year-old travel agent went bust last week after it failed to produce the £200million required by creditors. 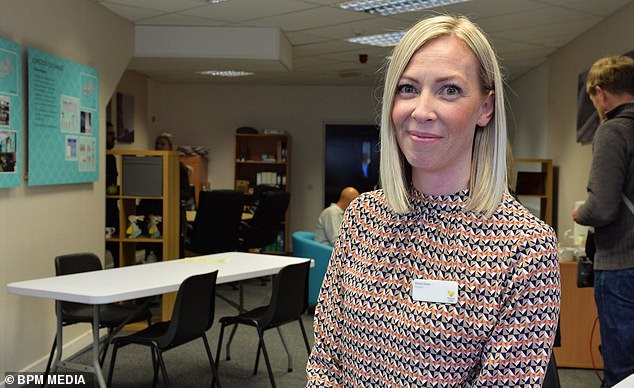 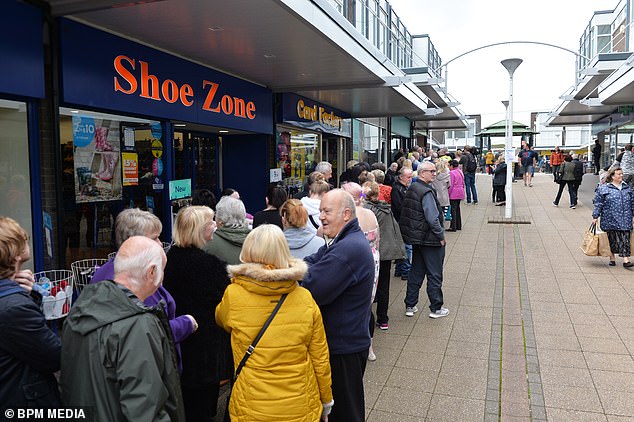 Loyal customers at the shopping centre in Longton today, they set-up a collection to show their gratitude to the staff 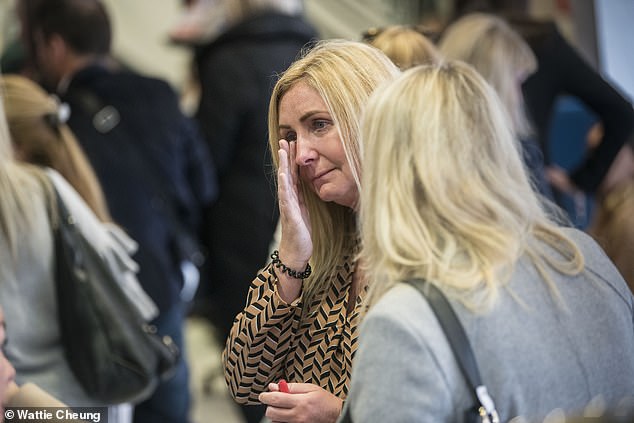 In a post on Facebook, former Longton shop manager Donna Jones said: ‘Myself and the team from Thomas Cook Longton store are absolutely devastated by the recent collapse of our company. We truly did not know that this was going to happen.

‘I have arranged for myself and my Thomas Cook Longton staff to be available to all of our customers to offer any help and guidance or try to answer any questions you may have regarding the ATOL claims process and the next steps.

‘Please remember we have lost our jobs and are not being paid BUT purely doing this out of our love for our customers. Yvonne at the Longton Exchange office has very kindly offered up her office for us to set up a meet and greet with you.

‘Hopefully together we can help to make the situation a little easier and less daunting. So pop in and see us – we have missed you all.’

Catherine Blurton, 64, has been a customer with Thomas Cook for 16 years and came down today to show her support.

She had just returned from a sunshine getaway when Thomas Cook and had been due to fly out for another break next week. 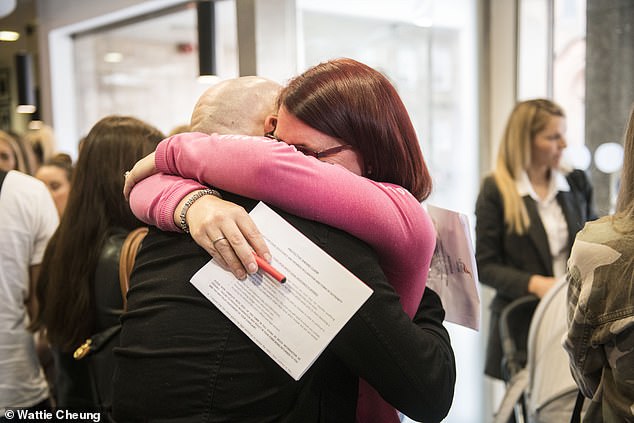 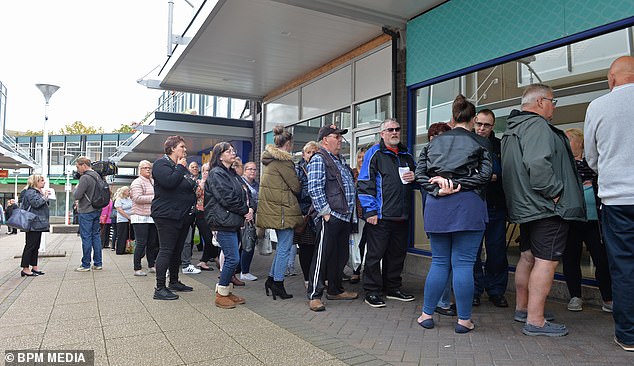 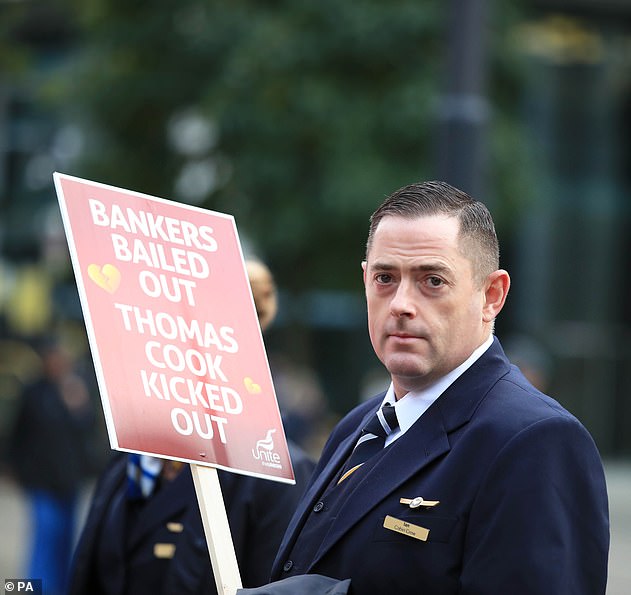 ‘I’ve always used Thomas Cook since day one. After it went bust my daughter still got a text from Thomas Cook saying ’15 days to go until the holiday’ when they had already collapsed.

‘We just got back last Monday – the day it went bump – and we were going to have two weeks at home before going to Majorca next Tuesday. We’re not going now.’

Another customer who turned up for advice was Derek Beard – who had three holidays booked with Thomas Cook.

The 73-year-old, from Tean, said: ‘I was supposed to be going to Benidorm next month, Lanzarote in January and Bulgaria in March. I’ve managed to rebook the Lanzarote holiday, but the holiday prices have gone up.

‘I’ve paid £1,800 for the Benidorm holiday and £1,700 for Bulgaria. I was a bit disappointed when we found out they had collapsed but the staff here have been very helpful. 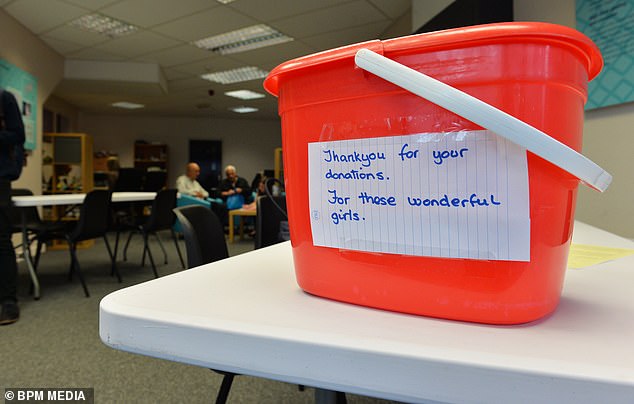 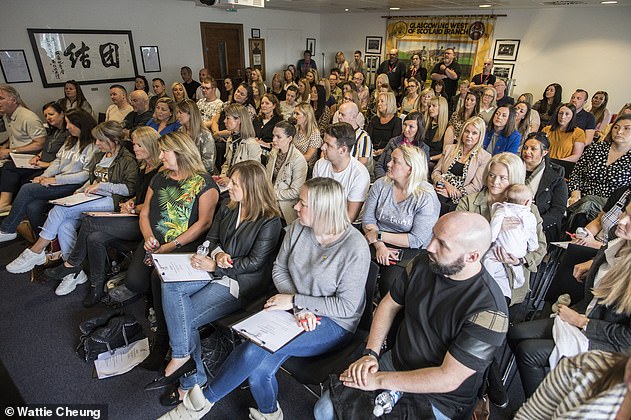 Former Thomas Cook workers at a meeting today in Glasgow

‘I came down for information which I’ve got now, it’s brilliant that they have organised this today. I can’t fault them. I feel for them losing their jobs, it isn’t very nice.’

Sarah Smith says she has tried to rebook her three-night break to Majorca but to no avail.

The 47-year-old, from Longton, said: ‘Me and my friend had three nights booked in Majorca and we were supposed to be going on Saturday.

‘It cost £540 for the two of us and we’d booked it a couple of months ago. I’ve used Thomas Cook several times, we had a family holiday with them earlier this year.

‘I was just disappointed when we found out. I’d heard on the news that they were in trouble but I just thought it would be sorted. It could have been a lot worse if we were away when they went bump. 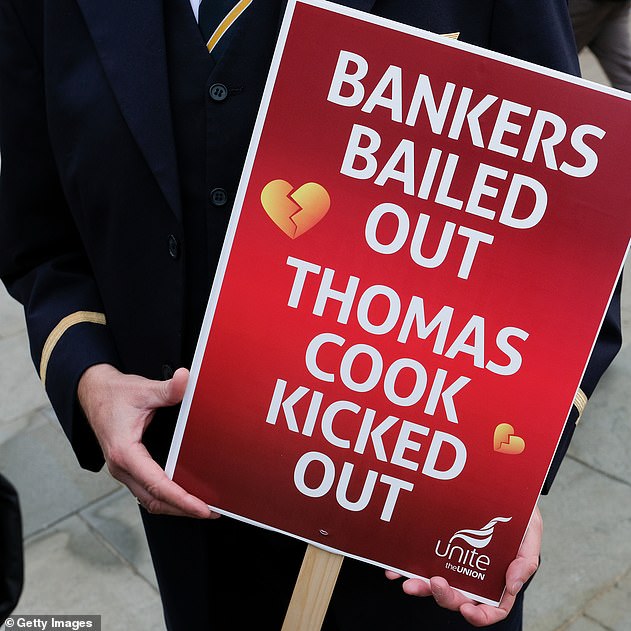 ‘It’s more of a shame for the staff, we’ll get our money back but they’ve lost their jobs. It’s really good that they have done this today. I just walked past and saw the sign.

‘We thought we’d be able to put the claim in today but now it’s going to be next Monday before we can try to get our money back.

‘As the collapse happened so soon to the day we were due to fly I haven’t been able to re-book elsewhere. I’ve been into different travel agents but because of the collapse they couldn’t book me on a new holiday and the prices are going up.’

As well as those stranded abroad by the collapse and left unsure about what they can expect by way of refunds, around 9,000 staff in the UK have bee left jobless.

ORLANDO, Fla. (AP) — It’s a question spouses, domestic partners and roommates are going to be forced to confront in the next few weeks...
Read more
News Stories

Karen Matthews, 44, and paedophile fiancé, 57, are hoping to have a BABY after she 'asked an old friend to be a surrogate' so...
Read more