Mindy Kaling and the Television Academy are clashing over her claim she was singled out unfairly in an incident earlier in her career when she worked on The Office as a writer.

The Mindy Project star, 40, told Elle in a piece published Wednesday that officials with the Television Academy were obstructive when she wanted a producer eligibility on the NBC comedy at a time it was nominated for an Emmy.

‘They made me, not any of the other producers, fill out a whole form and write an essay about all my contributions as a writer and a producer,’ Kaling, who also played the role of Kelly Kapoor on the series, told the publication. ‘I had to get letters from all the other male, white producers saying that I had contributed, when my actual record stood for itself.’ 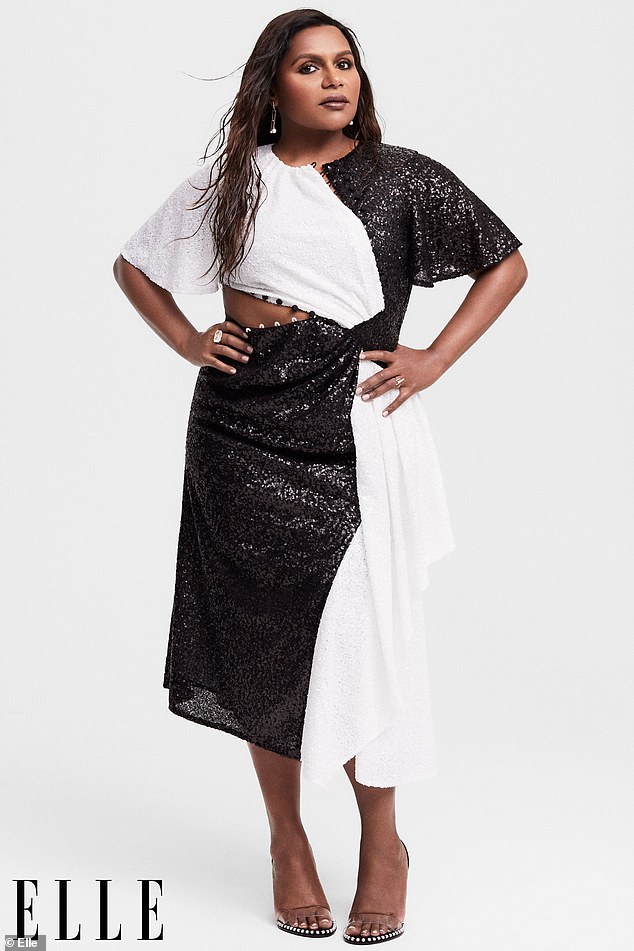 Standing her ground: Mindy Kaling, 40, and the Television Academy are clashing over her claim she was singled out unfairly in an incident earlier in her career when she worked on The Office as a writer

In response, the Television Academy said that Kaling, who worked on the series from 2005 until 2013, applied for producer credits at a time standards were stringent to ensure only boots on the ground producers were included.

‘No one person was singled out,’ the academy said in a statement. ‘There was an increasing concern years ago regarding the number of performers and writers seeking producer credits … we no longer require this justification from performer/producers and writer/producers, but we do continue to vet consulting producer credits with the PGA to ensure those credited are actually functioning in the role as a producer.’

Kaling responded via a set of tweets, standing her ground amid the Academy’s response.

‘Respectfully, the Academy’s statement doesn’t make any sense,’ the Cambridge, Massachusetts native said. ‘I *was* singled out. There were other Office writer-performer-producers who were NOT cut from the list. Just me. The most junior person, and woman of color. Easiest to dismiss. Just sayin’.’

Answering back: Kaling responded to the TV Academy’s statement with a set of tweets 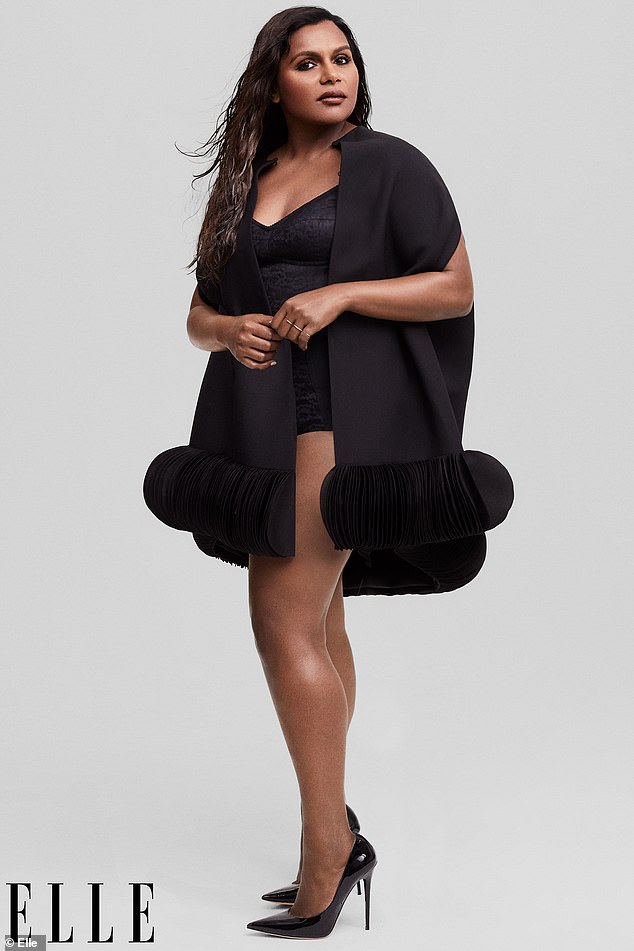 Response: Mindy tweeted that she ‘*was* singled out’ during her time on the show 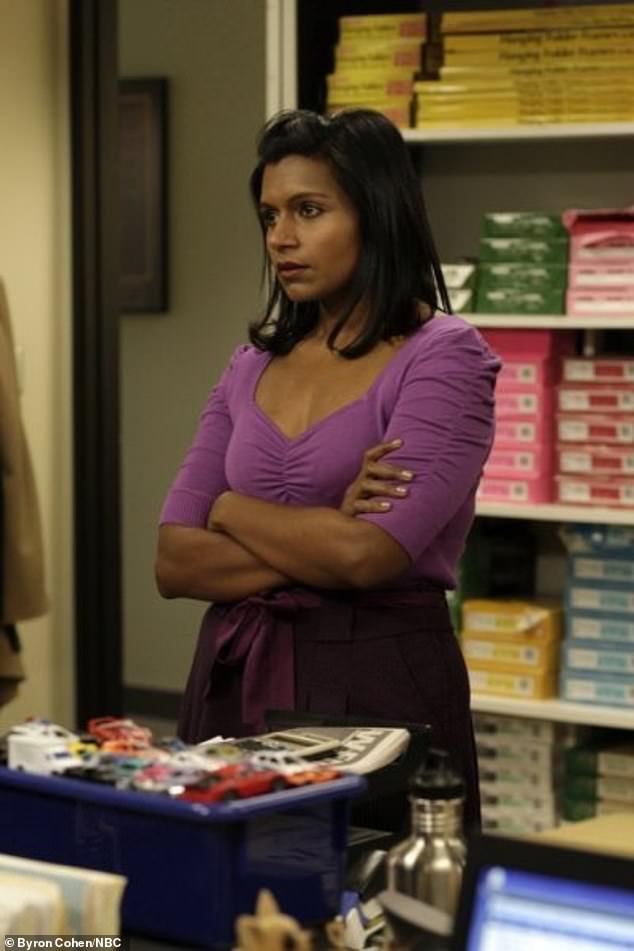 Beginnings: Kaling worked on the NBC series from 2005 until 2013, playing the role of Kelly Kapoor in addition to writing and producing

Kaling continued in saying she ‘worked so hard and it was humiliating’ to endure the professional snub from the institution.

‘I had written so many episodes, put in so much time in the editing room,’ she tweeted, ‘just to have the Academy discard it because they couldn’t fathom I was capable of doing it all.’

Kaling said that while she ‘was rescued by [her] friends, the other producers,’ the situation continued to be reflective of the race and gender-based obstacles she faced.

‘The point is, we shouldn’t have be bailed out because of the kindness our more powerful white male colleagues.’ 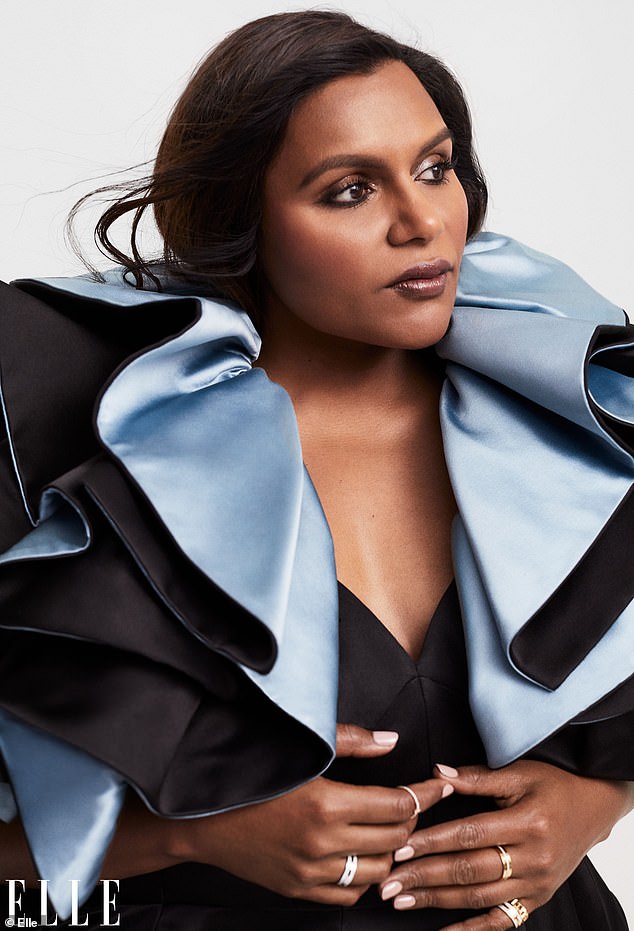 Looking toward the future: The stunning entertainer posed in a number of designer garments for the publication 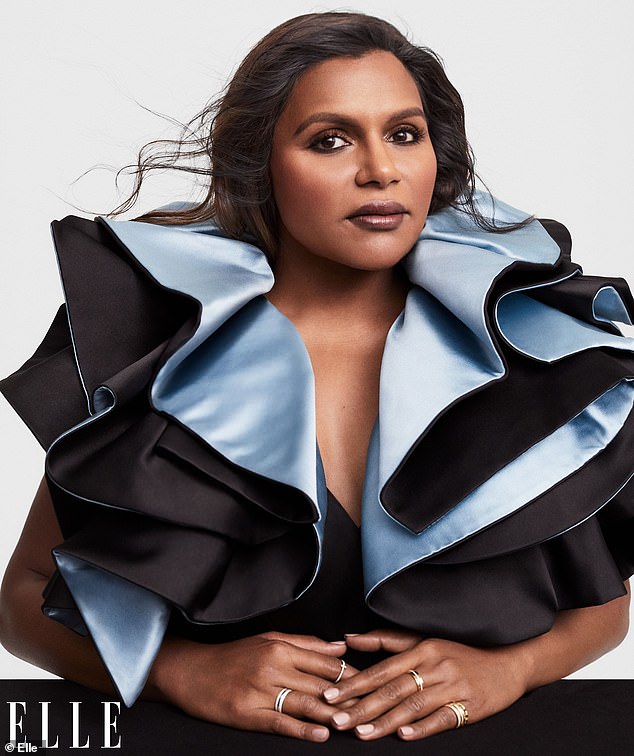 Speaking her truth: Kaling said that in spite of the successes she’s had in her career since her start on The Office, she’s still ‘treated badly with enough regularity that it keeps her humble’

Kaling, whose full name is Vera Mindy Chokalingam, noted that while the situation occurred ‘like ten years ago,’ ‘not mentioning it seemed like glossing over [her] story.

She added: ‘Maybe it wouldn’t happen now. But it happened to me.’

In the chat with Elle, Kaling said that in spite of the successes she’s had in her career since her start on The Office, she’s still ‘treated badly with enough regularity that it keeps her humble.’

‘It really doesn’t matter how much money I have … I am grateful, because I do think it keeps me feeling like an outsider, which is helpful as a writer,’ she said.