Devoted father, 33, was found dead clutching a picture of his eight-year-old daughter

Devoted father, 33, was found dead clutching a picture of his eight-year-old daughter after taking his own life following battle with depression

A devoted father was found dead clutching a picture of his eight-year-old daughter after taking his own life.

Andy Hamill had been suffering with depression, which pushed him to suicide in February this year.

The 33-year-old was found with a picture of his daughter Scarlett, 8, at his home in Merseyside, after police visited his property when he had sent worrying messages to friends.

His heartbroken mother Kerry Hamill said she found a kiss mark on the glass frame when she had the photo placed in her son’s coffin when he was laid to rest.

Andy, pictured above with daughter Scarlett and son James. The 33-year-old had been battling with depression 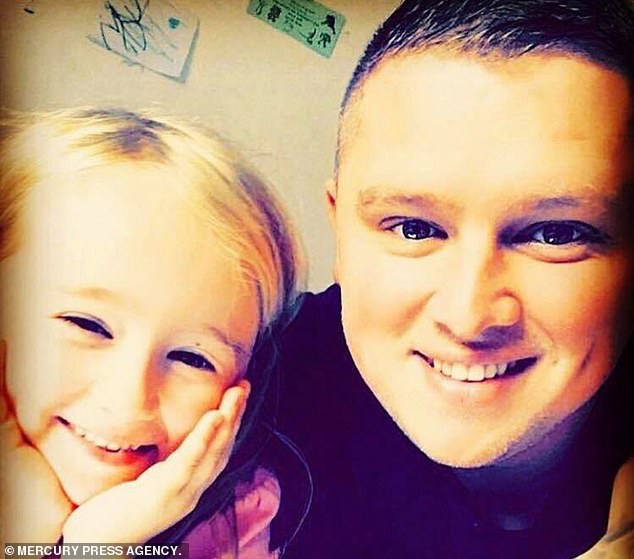 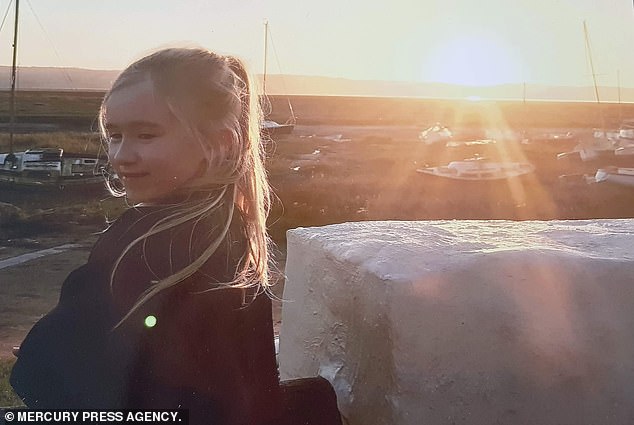 Kerry, 55, and Andy’s former partner Becky Waldron, 32, mother to Scarlett and Andy’s son James, 12, have now spoken out in order to raise awareness of the lack of support given to those struggling with their mental health.

Housewife and mother-of-four Kerry, from Birkenhead said that Andy had purchased the same photo of Scarlett for everyone at Christmas and added that when she found out the photo had been with him, she took her and her husband Jimmy’s copy straight down and put it into the frame that had held Andy’s copy.

‘We put his photo in with him to keep forever. ‘I’m truly broken, I never imagined there could be pain like this.

‘I would trade places with him in a heartbeat if I could. We know Andy used to go up and down, he’d be on a big high and you would think he was on top of the world, but then next day he could feel horrendous. 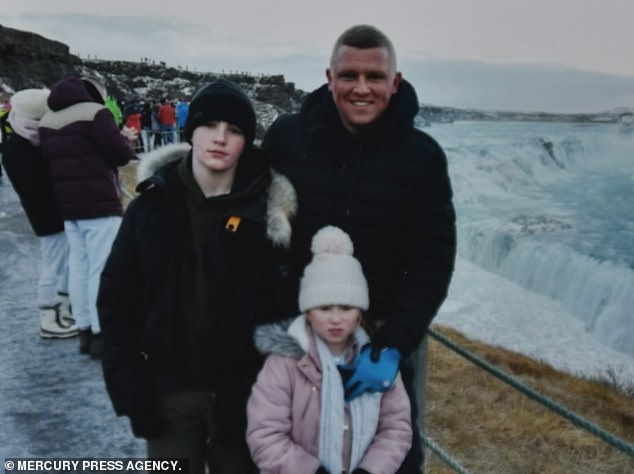 Andy (pictured with Scarlett and James, above) had always told his family that he would never leave his children behind 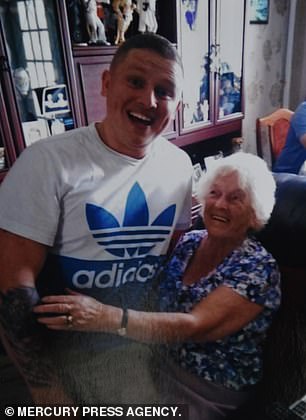 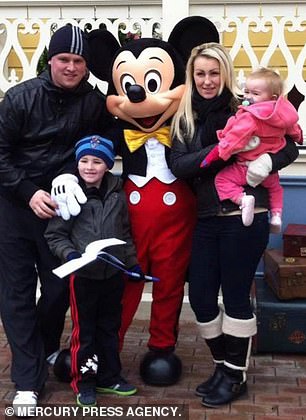 Family man: Andy was described as ‘the best dad in the world’. He is pictured, left, with his grandmother Nanny May and right, with his former partner Becky, with children Scarlett and James

‘But when he was feeling like that he wouldn’t put it on anyone else, he’d just try pick himself up and be fine again.’

Kerry highlighted that no matter how Andy was feeling he said he would never leave Scarlett and James, which is why she says, ‘it’s such a shock that he’s actually gone’.

She added: ‘He was the best dad in the world. He loved trance music and he would listen to it all the time with his son James, they both loved it.’

Before his death, care home manager Andy had been engaged to his partner, Hanna Gale, 28, but had stayed close to former girlfriend Becky so the two could raise their children amicably. 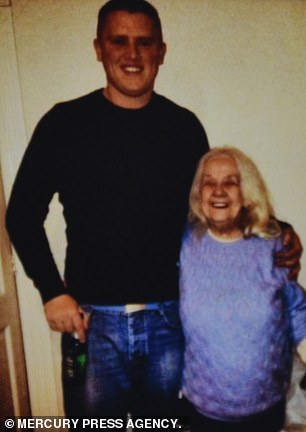 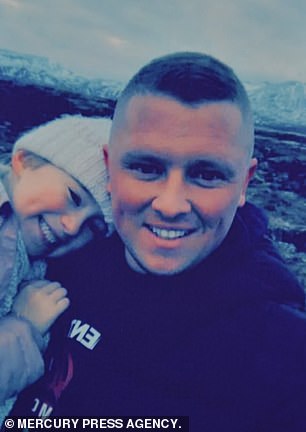 Andy (left with his other grandmother ‘Nanny May’) had sent worrying messages to his friends before his death. (Right with daughter Scarlett) 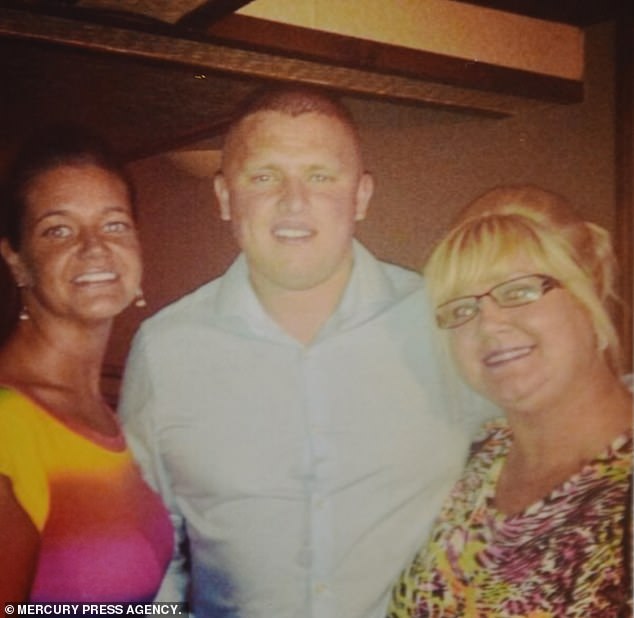 His family said while they knew the 33-year-old had suffered from depression in the past, he had always promised never to leave his children behind even in the depths of despair.

But Andy was discovered dead at home on February 11 after police visited his home when he sent worrying messages to friends.

Becky and Kerry believe a lack of support for people with mental health problems contributed to his struggle – and say while they do not blame the police, more should be done.

Becky, who was with Andy for five years praised her former partner and said that not only was her a really good father, that he was also a great friend. 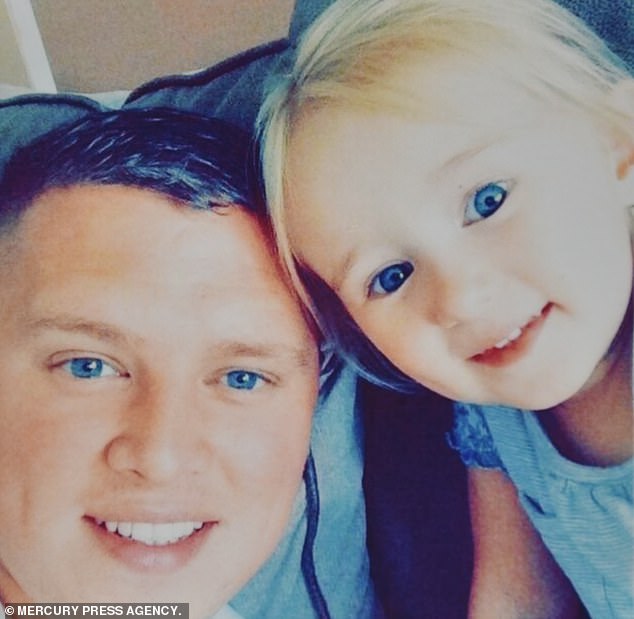 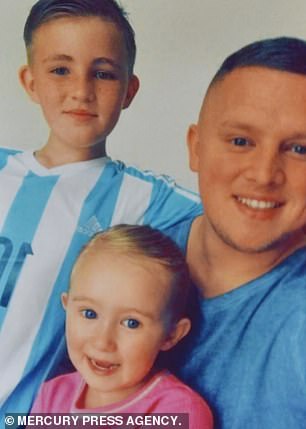 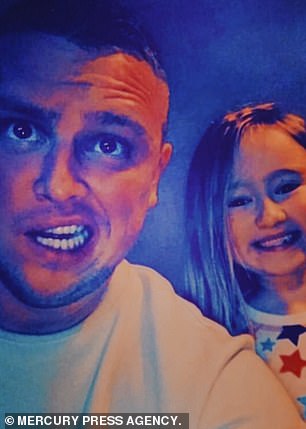 Proud father: Andy is said to have always looked after his children and had been a lifelong Liverpool FC fan

She said: ‘He would always go the extra mile with the children and would be out with them all the time.

‘Even though we hadn’t been together for a long time we were very much still a family. He was all about his kids, he always put them first and he never let me down with anything.

‘Before Andy died, he sent messages on the Friday night, which prompted people to contact the police to go and check on him over the weekend.’

While it is normal to feel down from time to time, people with depression may feel persistently unhappy for weeks or months on end.

Depression can affect anyone at any age and is fairly common – approximately one in ten people are likely to experience it at some point in their life.

Depression is a genuine health condition which people cannot just ignore or ‘snap out of it’.

Symptoms and effects vary, but can include constantly feeling upset or hopeless, or losing interest in things you used to enjoy.

It can also cause physical symptoms such as problems sleeping, tiredness, having a low appetite or sex drive, and even feeling physical pain.

In extreme cases it can lead to suicidal thoughts.

Traumatic events can trigger it, and people with a family history may be more at risk.

It is important to see a doctor if you think you or someone you know has depression, as it can be managed with lifestyle changes, therapy or medication.

Becky said he also sent images to people on Sunday, and that neither her or Andy’s mother had been informed.

She added: ‘I think it’s so important that the right people are made aware or informed when someone is crying out for help.’

‘Andy should have had more help than what he got.

‘The police did visit him on the Friday but they didn’t have a mental health team with them, and because Andy worked in the care industry he knew exactly what to say to them to reassure them and turn them away.’

Andy had worked with people with depression and had helped care for them and Becky said people have since told her that they wouldn’t be where they are today without him.

Lifelong Liverpool FC fan Andy had set himself a list of 86 countries to visit, ticking off more than 50 before he died.

Kerry said Andy’s death had devastated hundreds of people and she received more than 500 messages of condolences when he passed.

She added: ‘Andy had that many friends, I must have had over 500 messages when he passed away.

‘Everyone described him as their ‘best mate’.

‘Before the funeral, we were trying to pick people to be coffin bearers and they were all so willing and desperate to do it that we didn’t know where to start.

‘All of his mates are devastated.

‘The thought of another family having to go through this is unimaginable.’

If you have been affected by any of the issues raised in this article then you can call the Samaritans on 116 123, alternatively you can visit the website at by clicking here.