Sophia Loren, 84, sheds her bombshell image to play a woman in a wheelchair

Sophia Loren, 84, sheds her bombshell image to play a wheelchair-bound woman in The Life Before Us, her first movie role in 10 YEARS

By Heidi Parker For Dailymail.com

Sophia Loren is one of the biggest bombshells to star in movies.

But in the Italian actress’ next movie, The Life Before Us, she is shedding her sexy image to play a wheelchair-bound woman who spends her time taking care of the children of prostitutes.

On Wednesday the 84-year-old acting vet was seen in character as her chair was pushed by a young boy while filming in Bari, Italy. 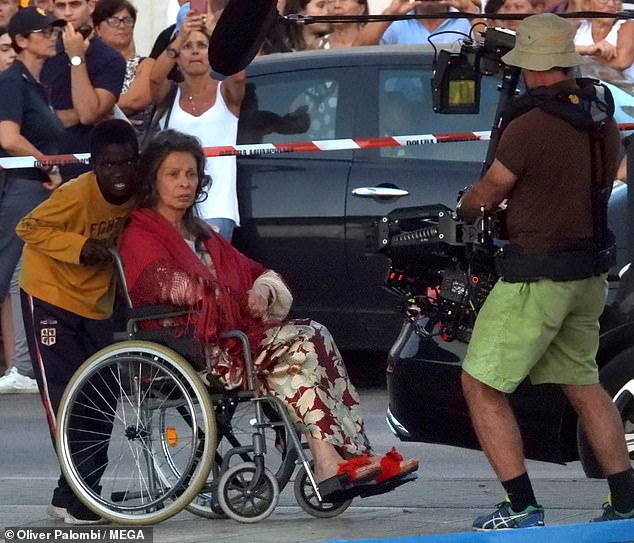 Back on set: Sophia Loren was almost unrecognizable with no makeup on as she filmed the new movie The Life Before Us in Bari, Italy on Wednesday

Sophia had no makeup on and her hair was under-styled. But her outfit was bright and cheerful with a red shawl and a red-and-white floral skirt. Her red shoes tied in nicely.

A young boy in a yellow top and black sweatpants pushed her across the street.

There was a large crowd of fans checking out the movie goddess and snapping photos.

The film, which is La Vita Davanti in Italian, is directed by the actress’ son, Edoardo Ponti. It’s based on a book of the same name. 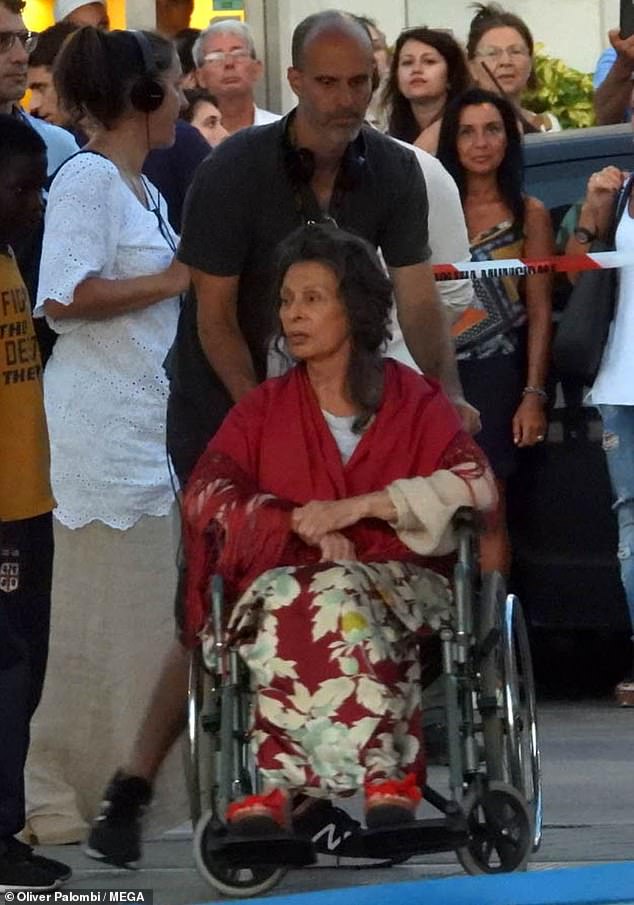 Her look: Sophia had no makeup on and her hair was under-styled. But her outfit was bright and cheerful with a red shawl and a red and white floral skirt. Her red shoes tied in nicely

At one point her son, in a brown shirt and headphones around his neck, was also seen pushing the legendary star.

Her last film was the 2010 TV movie My House Is Full of Mirrors. The year before that she made a big impression opposite Penelope Cruz and Nicole Kidman in the feature film Nine.

Sophia is considered one of Italy’s national treasures as she is the biggest movie star to come out of the country. 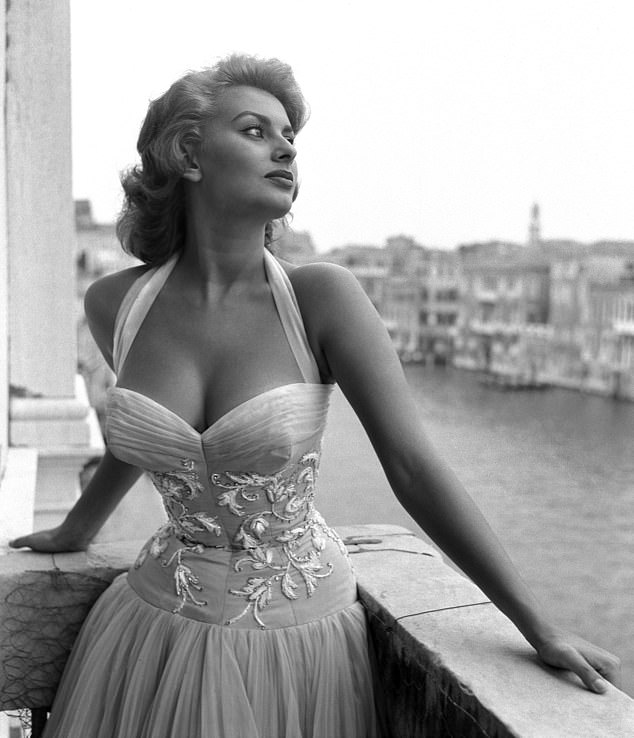 She was considered the most beautiful: Here the screen icon is seen in 1955 in Venice, Italy 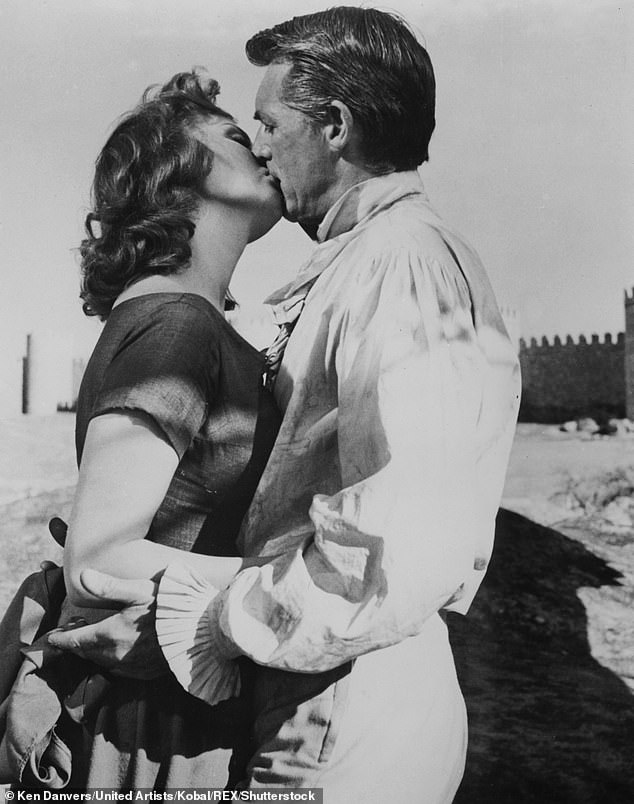 They had magic: When she co-starred with Cary Grant in Houseboat he fell in love with the beauty but she as loyal to Carlo Ponti

Her career began in when she was a teenager and went by the name Sofia Villani Scicolone. She was first cast as an extra in Mervyn LeRoy’s 1951 film Quo Vadis. 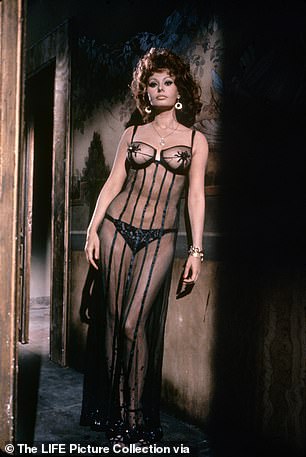 She turned heads: One of her most popular movies was the 1965 drama Marriage Italian Style

But it was not until she met Carlo Ponti that her career took off. He renamed her Sophia Loren and got her cast in the 1953 film Aida.

Her breakthrough role was in 1954’s The Gold Of Naples.

But she became internationally famous when she starred in Boy On A Dolphin.

In 1958 Hollywood called and she was cast in Desire Under The Elms with Anthony Perkins, based upon the Eugene O’Neill play.

When she co-starred with Cary Grant in Houseboat he fell in love with the beauty but she stayed loyal to Ponti.

One of her most popular movies was the 1965 drama Marriage Italian Style.

She was wed to Carlo from 1966 until his death in 2007 and together they had two children: Edoardo, 46, who is wed to actress Sasha Alexander, and Carlo Jr, 50.

Loren has been staying out of the spotlight in recent years as she prefers to spend time with her grandchildren. 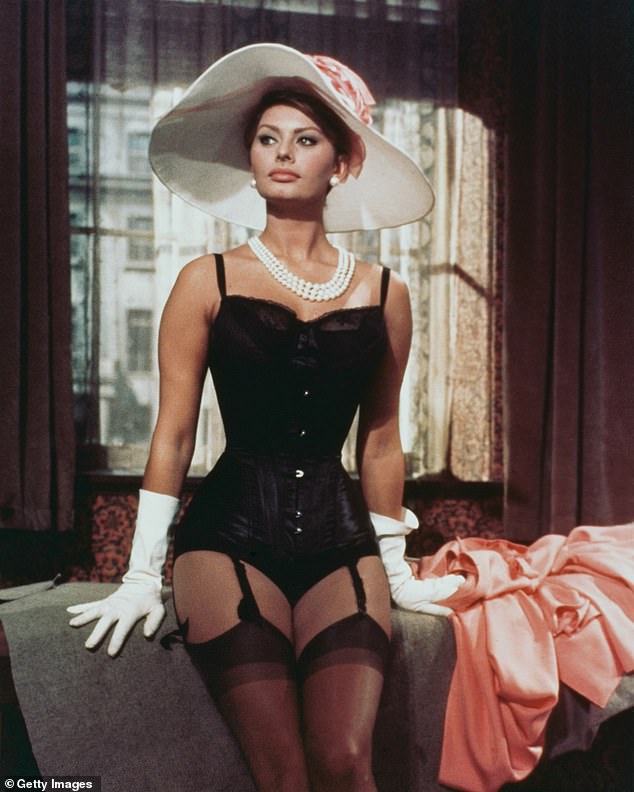 Back in her sexy look: She wore a garter belt with a corset for The Millionairess in 1960 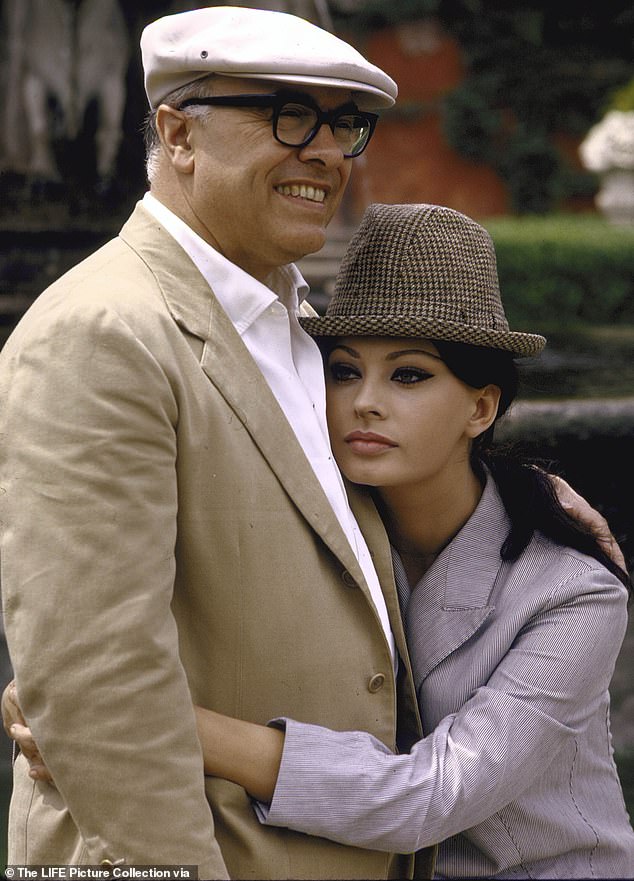 The love of her life: The beauty was loyal to Ponti who made her career what it was

In 2018 she told the Houston Chronicle, ‘Life is life. Enjoy your time here, and aging is part of that time. So enjoy it, too. Take care of yourself.’

As far as outliving her friends she said: ‘I miss my friends and husband every day. And again, I’m very lucky. To have my health and family are everything.’

Sophia also said that she feels lucky to have done well in her career: ‘My mother would say that I deserved everything I have. And she was proud of me. My Carlo would just smile.’

The star added that for her and Carlo it was ‘love at first sight for both of us. We genuinely loved each other.’ 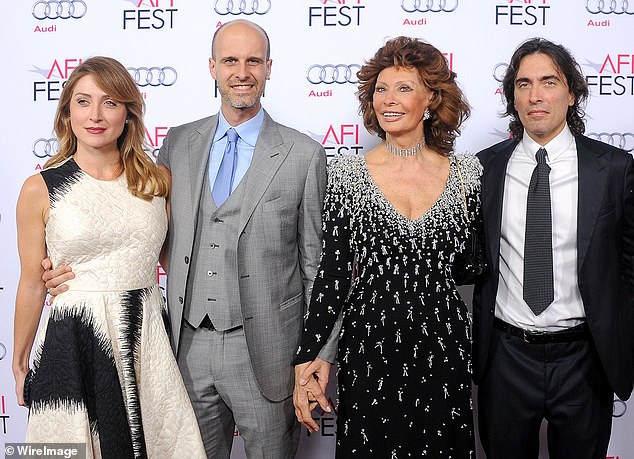 Her kids: Sophia with her son Edoardo Ponti, left, and his wife Sasha Alexander. On the far left is her son Carlo Ponti, Jr. Seen in 2014