Apologies and Scorn Greet News of a Book by Mark Halperin 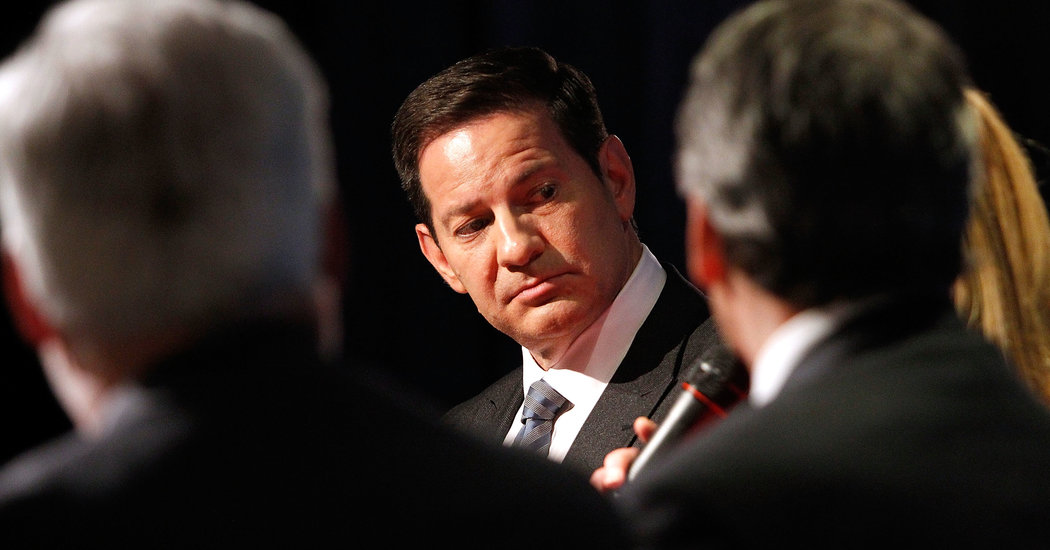 Reports of a new book deal for the political journalist Mark Halperin set off a firestorm this weekend, as critics said that Democratic strategists should not have granted interviews to him.

Mr. Halperin, the co-author of the best-selling chronicle of the 2008 presidential campaign “Game Change,” lost a cable-news role and a book deal after a report that multiple women had accused him of making unwanted and aggressive sexual advances. The backlash to his new book deal reflected continued anger about misconduct claims in the #MeToo era.

The coming book by Mr. Halperin, “How To Beat Trump: America’s Top Political Strategists on What It Will Take,” is to be published by Regan Arts, a division of the publisher Phaidon led by the longtime editor and publishing executive Judith Regan. Ms. Regan confirmed the plan to publish the book in an email on Monday.

Some of the strategists who spoke to Mr. Halperin for the book — notably David Axelrod, a former adviser to President Barack Obama — expressed regret after many social media users criticized the author’s return to public life.

“By answering Halperin’s questions, I did not in any way mean to excuse his past, egregious behavior,” Mr. Axelrod said in a Twitter post on Sunday.

Donna Brazile, Al Gore’s campaign manager in 2000, condemned his purported conduct in a statement to The Daily Beast but defended having shared her insights for the planned book.

Other political strategists, including James Carville, said that their participation in the book came out of a desire to defeat President Trump, rather than an endorsement of Mr. Halperin.

Mr. Halperin rose to prominence as the co-author, with his fellow political journalist John Heilemann, of “Game Change” and its sequel, “Double Down: Game Change 2012.” The first was made into an HBO film, and the success of the two collaborators propelled them to contracts at Bloomberg News said to be around $1 million. The program Mr. Halperin and Mr. Heilemann came up with for Bloomberg, the dishy political talk show “With All Due Respect,” failed to attract a wide viewership; it ended after the 2016 election.

In the fall of 2017, in a detailed online article, CNN reported that five women said Mr. Halperin had made inappropriate and unwelcome sexual advances while he was director of political coverage at ABC News 10 years earlier. Soon afterward, like the Fox News host Bill O’Reilly, the film mogul Harvey Weinstein, the CBS anchor Charlie Rose and other powerful figures in media and entertainment, Mr. Halperin became one of the prominent gatekeepers to lose his position because of accusations of sexual misconduct.

In 2017, Mr. Halperin denied any nonconsensual contact with the women who spoke to CNN, but said, “I now understand from these accounts that my behavior was inappropriate and caused others pain. For that, I am deeply sorry and I apologize.”

In an email on Monday, Mr. Halperin said, “As I have said before, I am sincerely sorry for the pain I caused to others. I had no right to behave the way I did, and I take full responsibility for my actions.”

Ms. Regan defended her signing of the author, saying, “I believe in the power of forgiveness and helping people when they hope for redemption. I believe that Mark Halperin is genuinely full of remorse.”

Ms. Regan has published best-selling memoirs from the likes of Howard Stern and Jose Canseco for the imprint she once headed at HarperCollins. She left the company after her ill-fated attempt to publish “If I Did It,” a pseudo-confession by O.J. Simpson, who was acquitted in the 1994 murders of his ex-wife, Nicole Brown Simpson, and one of her friends, Ronald L. Goldman.

MSNBC dropped Mr. Halperin as an analyst on “Morning Joe” after the allegations against him became public, and Penguin Press canceled a planned book about the 2016 presidential campaign to be written by Mr. Halperin and Mr. Heilemann. It would have been their third book together. HBO also dropped a planned adaptation of the scuttled book, and Showtime said Mr. Halperin would not return as a host of the documentary series “The Circus.”