Barr Plans to Throw $30,000 Holiday Party at the Trump Hotel in Washington 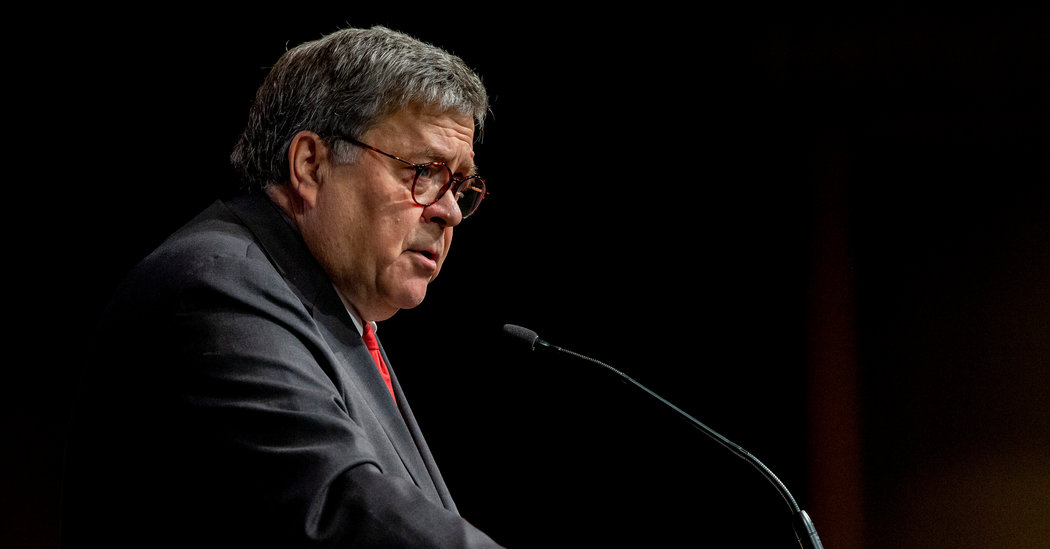 WASHINGTON — Attorney General William P. Barr has booked a ballroom in President Trump’s hotel for his annual holiday party, an event that he could spend tens of thousands of dollars on and that drew criticism from ethics experts.

Mr. Barr booked the Presidential Ballroom at the Trump International Hotel for a 200-person holiday party that he holds every year. It could cost more than $30,000, according to a Justice Department official, speaking on the condition of anonymity to discuss a nongovernment function.

His decision to hold the event at the Trump hotel comes as the Justice Department works to defend Mr. Trump against charges that he is trying to profit from the presidency. In July, a federal appeals court panel in Richmond, Va., dismissed one lawsuit saying that the president had violated the Constitution by profiting from government guests who stayed at his hotel in Washington. A similar case filed by Democrats in the House is before the United States Court of Appeals for the District of Columbia Circuit. The question at the heart of both cases could be decided by the Supreme Court.

The Washington Post first reported Mr. Barr’s holiday party plans at the Trump hotel, which is blocks from both the White House and the Justice Department.

Mr. Barr, a multimillionaire from his time as the general counsel of the telecommunications company that became Verizon, will be paying full price for his event, according to the Justice Department official. The official also said that department career ethics officials vetted and approved Mr. Barr’s decision.

Mr. Barr had originally signed a contract this year to hold his holiday party at the Willard hotel in Washington, a high-end and historic establishment where Lincoln stayed before his inaugural address. The hotel later canceled on Mr. Barr because it had inadvertently double-booked the space, according to the Justice Department official.

The Mayflower, another well-known Washington hotel, said that it could not accommodate the event, which includes a cèilidh and a band that plays Irish and Scottish music.

Neither the Trump Hotel nor the Mayflower responded to requests for comment. A spokeswoman for the Willard said that the hotel does not comment on any private events that do or do not occur at the property.

Ethics experts said that Mr. Barr had not crossed the sort of ethical bright line that he would have if he were to be given a steep discount to rent space at the Trump hotel. Laurence H. Tribe, a professor of constitutional law at Harvard Law School and a vocal critic of the Trump administration, said he did consider the contract a “tasteless” decision that would harm Mr. Barr’s reputation, but not an impeachable offense.