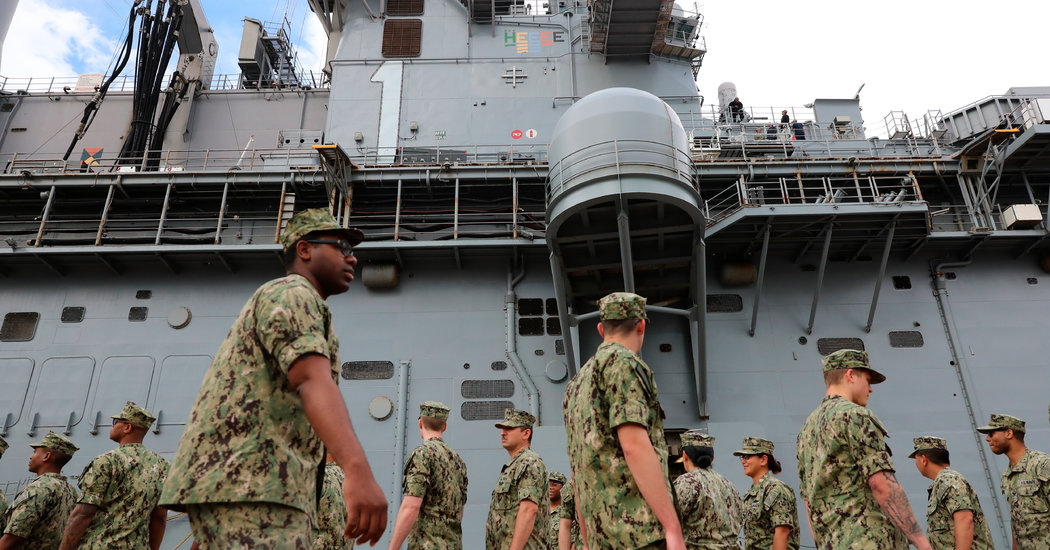 Children born abroad to certain United States service members and other federal employees will no longer be granted automatic citizenship under a Trump administration policy set to take effect in October.

Parents of those children, including those born on military bases, will have to apply for citizenship on the children’s behalf before they turn 18, according to a United States Citizenship and Immigration Services policy released on Wednesday.

It was unclear how many families the change would affect.

The policy change from the agency, which is part of the Department of Homeland Security, infuriated many at the Pentagon and confused others in the military community, who said it called into question the administration’s appreciation of members of the armed services.

“The children of Americans who risk their lives in uniform are not automatically citizens of the United States: That is an abominable and antipatriotic position for the Trump administration to take,” said Will Goodwin, an Army veteran and the director of government relations for VoteVets, a liberal advocacy organization for veterans.

Officials at Citizenship and Immigration Services said the change would rescind a policy that considered children of the government employees stationed abroad to be “residing in the United States” at the time of their birth, allowing them to obtain automatic citizenship.

Kenneth T. Cuccinelli II, the agency’s acting director, issued a statement contrasting the new policy and birthright citizenship, which grants citizenship to any baby born on United States soil. President Trump had previously said that his administration was seriously looking at removing the right to citizenship for children born in the United States to undocumented immigrants.

“This policy update does not affect anyone who is born a U.S. citizen, period,” said Mr. Cuccinelli, who has aggressively pushed hard-line immigration policies backed by Mr. Trump and Stephen Miller, a White House adviser. “This only affects children who were born outside the United States and were not U.S. citizens.”

It was Mr. Cuccinelli’s latest attempt to limit legal immigration to the United States.

He previously announced a new rule that would deny green cards to immigrants deemed likely to be heavy welfare users. In defense of that policy, Mr. Cuccinelli said the famous poem on the Statue of Liberty welcoming immigrants to the United States referred to “people coming from Europe.”

Officials from the immigration agency said on Wednesday that the children of the military members who are affected would still have the opportunity to apply for citizenship.

“This policy update does not deny citizenship to the children of U.S. government employees or members of the military born abroad,” Mr. Cuccinelli said.

Andy Blevins, the executive director of the Modern Military Association of America, a nonprofit representing lesbian, gay, bisexual and transgender military and veteran families, said the change would add to the toll of the armed services.

“Military members already have enough to deal with, and the last thing that they should have to do when stationed overseas is go through hoops to ensure their children are U.S. citizens,” Mr. Blevins said. “This preposterous change by the Trump-Pence administration is truly beyond reasonable.”