By Amelia Murray For The Daily Mail

Banks have announced they will fund the installation of free cash points on every high street.

It comes amid concerns parts of Britain are being left without access to free cash machines – and as traditional ATMs close, they are often replaced by machines which charge for use.

Link, the cash machine network, is promising to create new cash points to combat ATM losses amid the closure of many Post Offices – which act as cash hubs on many high streets. Five have already been planned in areas that are particularly suffering from a shortage, The Daily Telegraph reported. 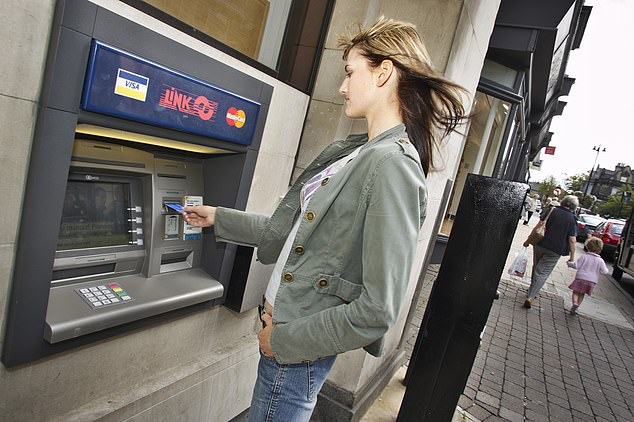 Link is promising the creation of new cash points to combat ATM losses. With Post Offices also closing, people in remote areas of the UK are unable to gain access to free cash withdrawls

They will be funded by the UK’s main banks and building societies. However, it is unlikely that cash will be freely available unless the Government also intervenes, consumer experts warned. In April, one of the country’s largest ATM operators, Notemachine, said they would begin to charge thousands of users for their withdrawals.

One of the first new machines will be installed in Durness in the Scottish Highlands – where the nearest free cash point is an hour’s drive. This has left locals forced to lend cash to desperate tourists. The closure of the remote community’s last ATM threatens to decimate the local economy, which is almost entirely dependent on tourism. 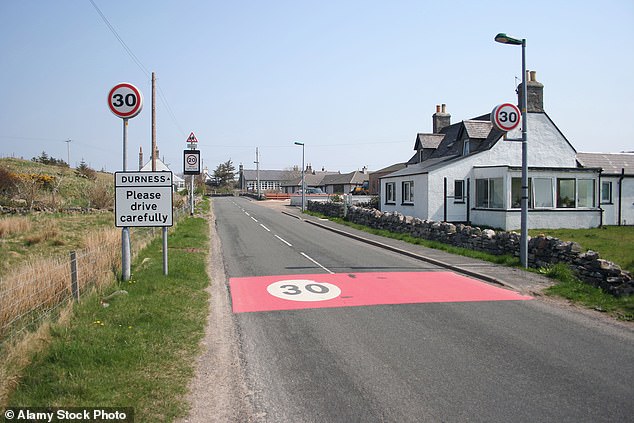 Durness, pictured above, is in the Scottish highlands and the nearest cash point is one hour away. As the town relies on tourism, desperate cashstrapped tourists would have to lend money from the locals

Locations such as London will be less likely to receive a new machine if the use of cash has dropped due to the popularity of card payments. Southern England has seen the biggest decline in cash use, according to a poll.

However, the UK is not prepared to move to an entirely cashless system. John Howells, Link chief executive, told The Daily Telegraph: ‘Link is determined to defend free access to cash across the UK in the face of very rapidly declining cash use.’

Of the 6,500 retail centres in the UK, around ten have no cash points available – and the rise in digital transactions may cause the number to increase.

Similar bank-subsidised efforts have been made in rural communities where residents rely on cash and around 1,000 unprofitable ATMs face closure.

Gareth Shaw, head of money at consumer group Which?, said: ‘This long-overdue action on cash machines is hugely welcome but these measures on their own are unlikely to be enough to stem the tide of ATM closures that has left communities across the UK struggling to access cash.’