British families had their dream trips to Disneyland Paris ruined after their hotel was flooded when a water pipe burst.

Parents and their children were among up to 800 guests evacuated and left stranded outside for four hours at the £175 a night Explorers Hotel near the theme park.

Youngsters were forced to bed down in the car park and then the lobby while staff and emergency services battled to get the situation under control.

Firemen and police were called after a pipe burst near an electrical cabinet on the third floor. 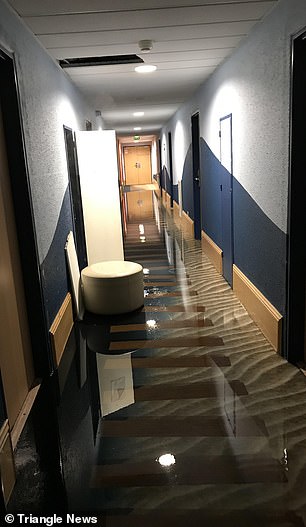 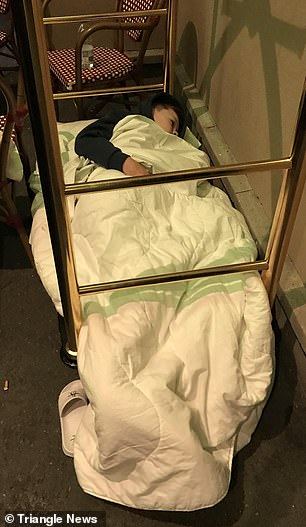 Flooded corridors in the Explorers Hotel that sparked the evacuation (left) and Steve Johnson’s son Lennon, eight, who was forced to sleep on a luggage trolley (right) 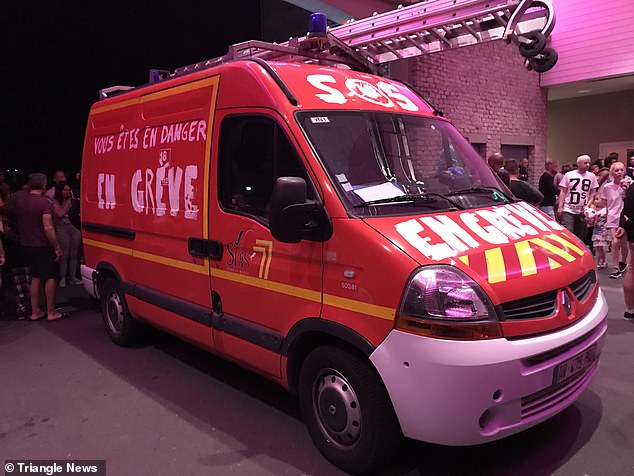 A fire truck attending the flood at Explorers Hotel at Disneyland Paris, which Mr Johnson described as ‘looking a bit mickey mouse’

Steve Johnson travelled to the theme park in France with his wife Wendy, 44, their son Lennon, eight, and her parents.

But the family’s three-day stay at the hotel in August turned into a nightmare and Mr Johnson described it as ‘utterly horrendous.’

Mr Johnson, from Liverpool, said: ‘My little boy was a mess. He had to sleep on a luggage trolley. I had to grab a dirty quilt from a laundry room.

‘We saved up for this Paris trip as it’s my son’s birthday. His overriding memory is crying his eyes in a car park at 5.00am.

‘We were outside for four hours. There were kids and old people sleeping in the car park with no blankets and being denied medicine from their rooms. 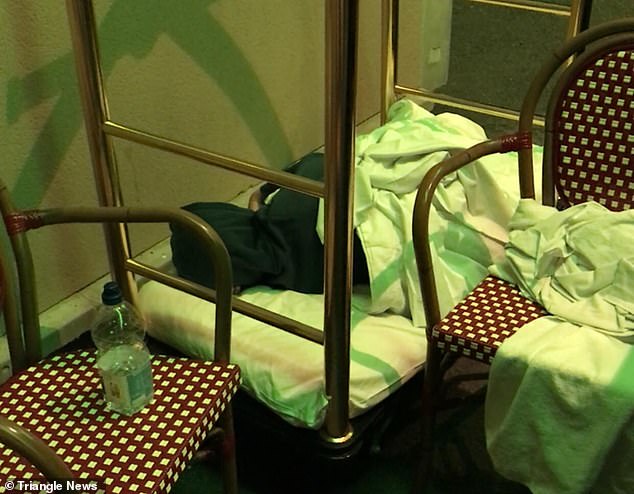 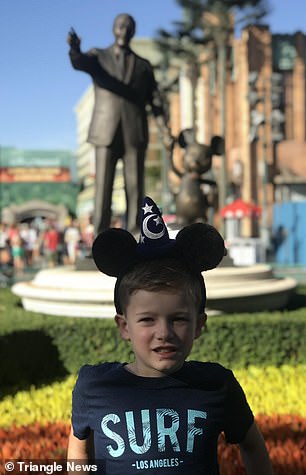 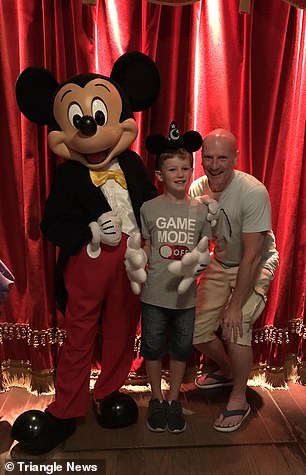 Mr Johnson, who visited the park with his son Lennon (left, and right, pictured together) and his wife Wendy described the three-day stay at the hotel as ‘ utterly horrendous’

‘My wife has a heart condition and so does her mum – it was very dangerous for them, shivering in a car park for hours.’

Health care assistant Steve added: ‘There was a water leak next to electrical circuits.’

He claimed: ‘That could have gone on fire at any minute. The water was streaming out. It was very dangerous.

‘There was no communication, it seemed like there was only two members of hotel staff around.

‘Then the police eventually arrived and ushered people out of the hotel.’ 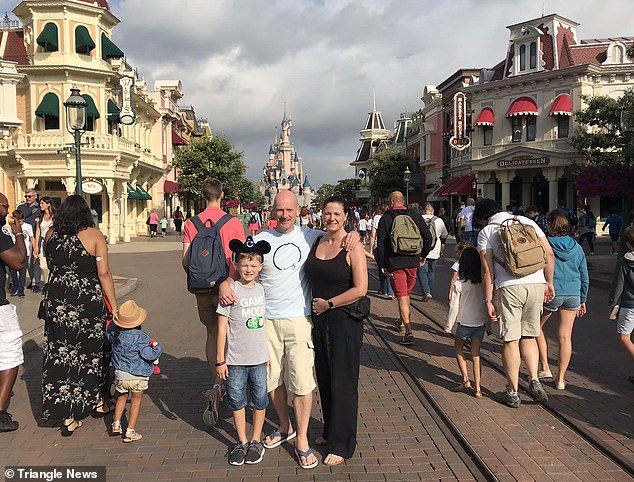 Mr Johnson, pictured with his son and wife Wendy, said he got an apology email from the hotel four days after their trip

He said he also saw a fire truck turn up outside which he said ‘looked like it had paint hand written on the side.’

Mr Johnson said he got an apology email from the hotel four days later.

It read: ‘We sincerely apologise for this situation. We perfectly understand your discontent and we know that it was not easy, especially for families with children.

‘We would like to explain the events with full transparency so that you can really understand what happened. 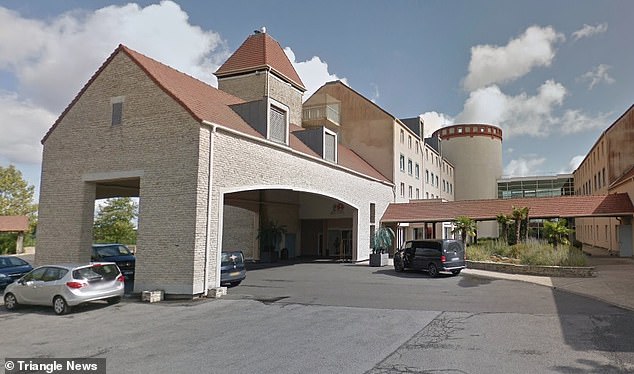 ‘We had to deal with a burst pipe near an electrical cabinet on the third floor of the hotel.

‘This incident caused some steam, which triggered the general fire alarm.

‘Our receptionists followed the procedures and called the police, as well as the fire department as soon as possible.

‘Once they were at the hotel, we had to follow instructions of these competent authorities who decided to evacuate our clients outside.

‘Your security was never endangered. The safety and security of our clients is the number one priority of the hotel.

‘We had to wait till the impacted area was safe and until the firemen agreed to let people come back into the hotel.

‘We are aware that this was a long time.

‘Once again, we sincerely apologise. We really hope to have the opportunity to gain back your trust.

‘In compensation for this situation, we would like to offer you a refund for that night.’