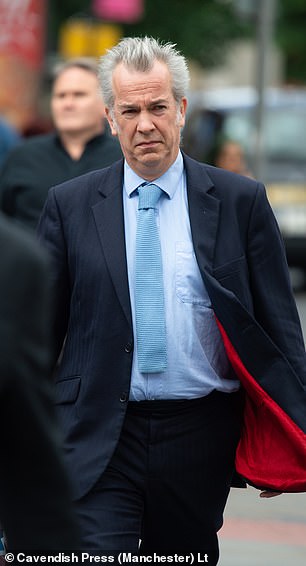 A heart doctor’s girlfriend developed skin cancer after she kept falling asleep in the sun because he ‘illicitly’ kept giving her sleeping pills for insomnia, a tribunal heard.

NHS consultant cardiologist David Hildick-Smith gave the mother-of-one so many extra sedatives on top of those she had been prescribed she became addicted to them, it is claimed.

The woman – also a senior doctor – was diagnosed with melanoma and claimed the tablets caused her to fall asleep in the hot California sun for many hours.

She took them when she was jet lagged after long haul business flights from her home in Surrey to San Diego.

She said she would wake up with severe blisters and burning to her skin.

Cambridge-educated Hildick-Smith, 55, who works at the Royal Sussex County Hospital in Brighton had prescribed Diazepam, Zolpidem and Zopiclone to the woman even though she was not his patient, it was alleged.

On one occasion the Professor of Interventional Cardiology at the Sussex Cardiac Centre allegedly prescribed a course of 84 diazapam tablets in one go even though Ms A was being given anti-depressants by her GP.

He was charged with misconduct by the General Medical Council after she made a complaint about him in 2017 saying: ‘My only aim is to seek justice – I have handled this very discreetly over the past seven years without inciting a public farce.’

At the Medical Practitioners Tribunal Service in Manchester the unnamed woman known only as Ms A said: ‘I am not prepared to tell lies. 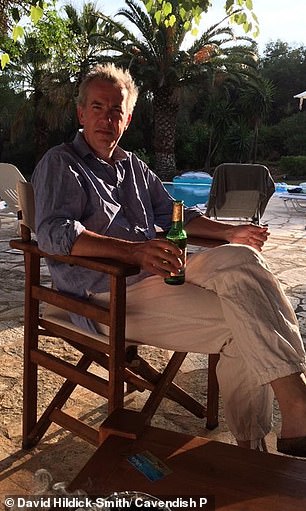 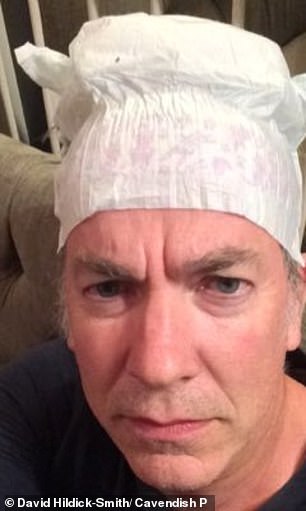 Cambridge-educated Hildick-Smith, 55, who works at the Royal Sussex County Hospital in Brighton had prescribed Diazepam, Zolpidem and Zopiclon to the woman, it is claimed

‘I believe this is not a lie at all because when I went to see a dermatologist he said to me that I had obviously had extensive burns to my back when I had been sedated for a number of years.

‘I had taken large doses, therefore I had fallen asleep in the sun for many hours.

‘I had blisters and burning and it was the possible that was the cause of melanoma – that’s what the doctor told me. I would not have it now if this hadn’t happened.

‘I wasn’t his patient I was his partner and he prescribed to me using private prescriptions and hospital prescription pads. I was never David’s patient.’ 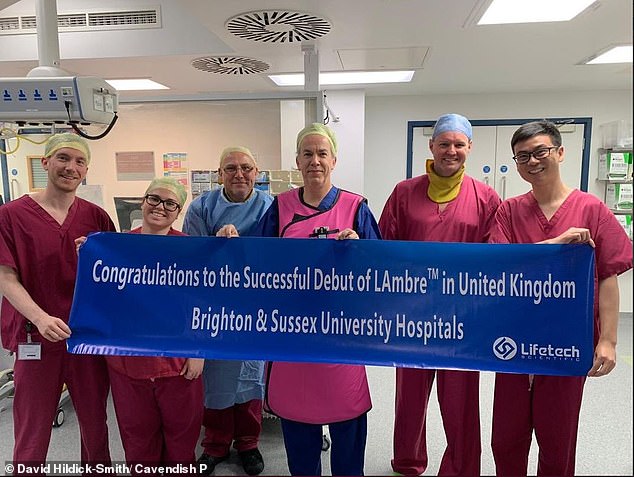 Mr Hildick-Smith (centre) the Professor of Interventional Cardiology at the Sussex Cardiac Centre, allegedly prescribed a course of 84 diazapam tablets in one go even though Ms A was being given anti-depressants by her GP 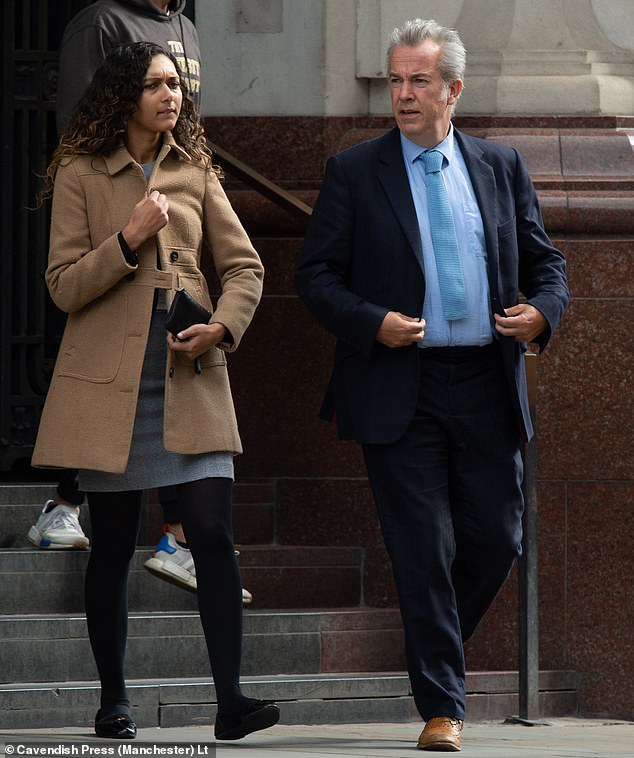 Mr Hildick-Smith leaving the tribunal in Manchester with a woman

The Manchester hearing was told the pair met in 2009 whilst they were conducting medical trials at the hospital.

What sleeping tablets were prescribed to the woman?

Diazepam: It belongs to a group of medicines called benzodiazepines.

It can also be taken to help you relax before an operation or other medical or dental treatments. It is available on prescription only.

It comes as tablets, a liquid that you swallow, or in a rectal tube.

Zolpidem: It contains a medicine called zolpidem tartrate. This belongs to a group of medicines called hypnotics. It works by acting on your brain to help you sleep.

Zolpidem is used for short-term treatment of insomnia in adults.

Treatment should be as short as possible, because the risk of dependence increases.

Zopiclone:  A type of sleeping pill that can be taken to treat bad bouts of insomnia.

It helps you fall asleep more quickly, and also helps stop you waking up during the night.

Zopiclone comes as tablets. It also comes as a liquid.

Only available on prescription it takes one hour to work, and is usually prescribed for just two to four weeks.

They began a relationship when they went to a conference in San Francisco attended by a number of cardiologists. She had previously been in a seven year relationship with a long haul airline pilot with whom she had a child.

Miss Chloe Fairley counsel for the GMC said: ‘Ms A does make reference to taking Zolpidem prior to 2009 and that was in respect of her taking it while commuting between San Diego and her home in Surrey when necessary.

‘She was prescribed it by her GP at the beginning of 2004 and she confirms that her GP prescribed it as and when she requested it. Her recollection is that when she met Dr Hildick-Smith, he was aware she occasionally took Zolpidem and that she struggled with the long haul travel and struggled to sleep.

‘She also said throughout their relationship he was aware her GP was prescribing it her to help her sleep.

But in 2010 Dr Hildick Smith started to prescribe them to her too. She says he saw her take the tablets at night before they fell asleep and that he would prescribe the tablets in different ways including on hand written pieces of A4 paper.

Throughout the time that he was prescribing to her he knew that her GP was prescribing it to her on and off. And she indicated that Doctor Hildick Smith didn’t question her as to how many tablets she was getting from the GP, how many she was taking or how often.

‘He said she should go to different pharmacists as they might become suspicious in relation to the number of tablets prescribed. She indicated that at some times he would prescribe 14 days or 28 days worth of tablets at a time.

‘She has never been a patient on the cardiology department in Brighton and he has never treated her as a patient.’ 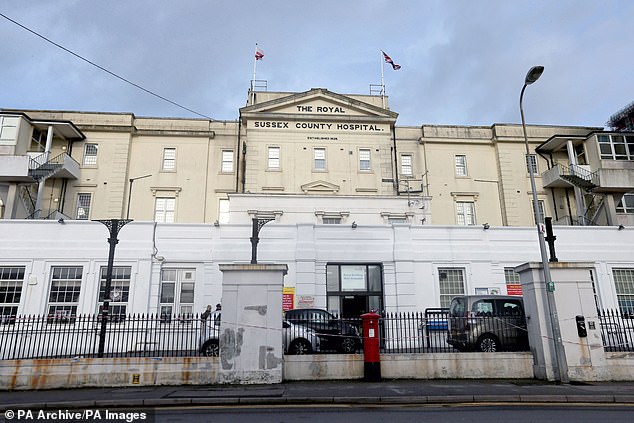 Under cross examination Dr Hildick-Smith’s lawyer Steven Brassington said Ms A had been taking Zolpidem since 2002 after buying it over the counter in the US. He said on one occasion Ms A herself had called an out of hours service reporting symptoms of a reaction to anti depressants and two sleepless nights – having run out of sleeping tablets.

Ms A replied: ‘That’s not true. Understand the violence your client put on me. And I never threaten people. If I am wrong I apologise but I have never lied to the trust investigation.

‘When I arrived for the trust investigation, the consultant in charge of it is a good friend of David. The HR manager didn’t get involved and the person who took notes was a first year medical student and what he wrote was grammatically incorrect so many spelling errors.

‘At the point where I had problems with addiction David was prescribing already and he knew that I was taking Zolpidem on occasions when I was travelling long haul. They were prescribed by my GP because I commuted between San Diego and Surrey for seven years.

‘But I then developed a drug dependency when my GP has only very occasionally supplied me with sleeping tablets. Accusing me of being a liar is very offensive and isn’t the truth.

‘There is a big difference between occasionally taking a tablet versus actually taking them every single night. My anxiety and my depression started within six to eight months of meeting David and he was already prescribing diazepam by that stage. Everything I said to the trust I believed to be truth mainly because David’s friend was interviewing me.

‘I had met David in October 2009 but the relationship started to suffer in July 2010 when he went on holiday with his ex-wife and slept in her bed every night.

NASHVILLE, Tenn. (AP) — Nashville is already known as Music City, but a new wave of music being recorded there for video games, TV...
Read more