By Richard Spillett for MailOnline

Louis Tomlinson‘s 18-year-old sister accidentally died from an overdose of cocaine, an anxiety drug and painkillers, an inquest has heard.

Félicité Tomlinson, the younger sister of the One Direction star, was found collapsed and lifeless at her fourth-floor studio apartment in Earls Court, west London, in March.

At an inquest hearing in London today, coroner Dr Shirley Radcliffe said: ‘It was a perfect storm, the OxyCodone, the alpraxolam [Xanax] and cocaine. I find no evidence this was a deliberate act to end her life.’

After hearing Miss Tomlinson had turned to drugs following the tragic death of her mother three years ago, the coroner recorded a misadventure verdict. 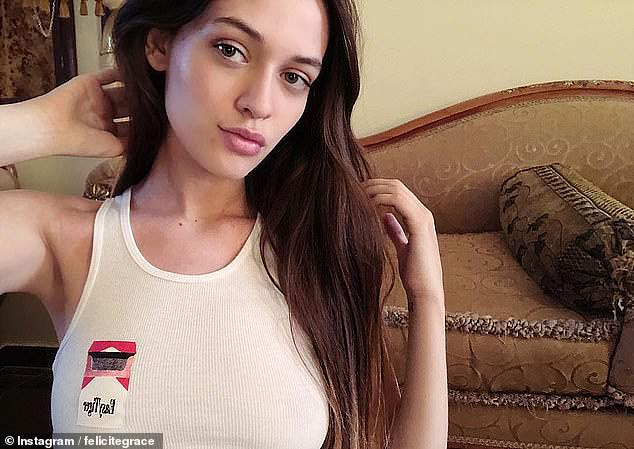 Félicité Tomlinson died at her flat in west London in March. A coroner today heard she died of an accidental overdose from a number of drugs 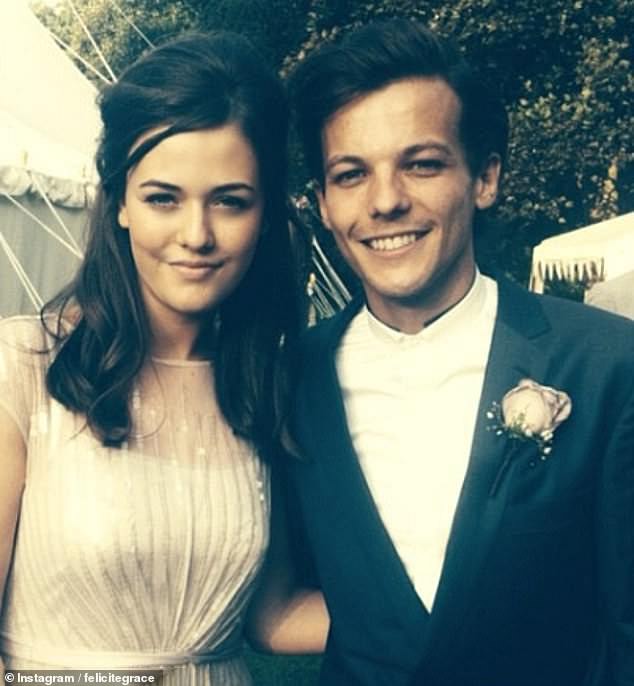 Louis Tomlinson, pictured with his sister, thanked fans for their support shortly after her death

The inquest heard aspiring fashion designer Felicite, originally from Doncaster, fell into depression and started abusing drugs following the death of her mother.

She was found collapsed in her bed by her schoolfriend Zainab Mohammed after they had bought and taken cocaine the night, the inquest heard.

Ms Mohammed told police that she found her friend with her ‘whiteish lips’ shortly after midday and called a friend who told her to dial 999.

A statement read out by the coroner stated that Felicite, known as ‘Fizz’, had used a number of drugs in the lead-up to her tragic death.

The coroner said of Ms Mohammed: ‘You say that both you and Fizz did lines of cocaine on the night of March 12th.

‘You went to bed and saw Felicite do more lines, but you don’t know how many she did and then you fell asleep. You also said you had gone with her to buy cocaine on the night.’

Ms Mohammed confirmed she wasn’t aware of any other drugs that were taken that night.

A post mortem didn’t reveal any natural cause of death, but toxicologist Dr Susan Paterson said ‘toxic’ levels of painkiller Oxicodone, as well as cocaine and Alpraxolam, or Zanax, were found in her blood. 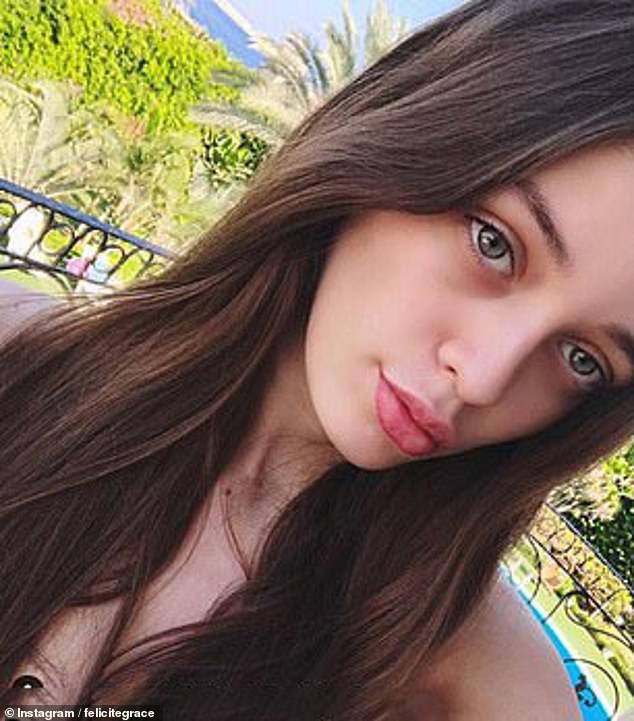 Felicite is said to have turned to drugs following the tragic death of her mother, Johannah 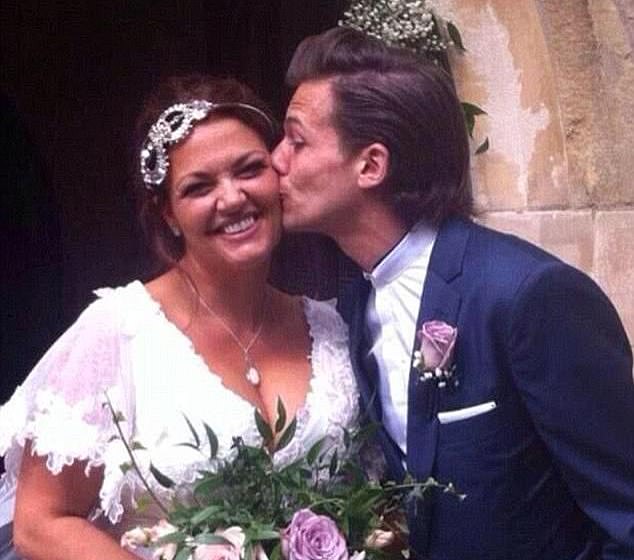 The court was told about Felicite’s dependence on drugs following her mother’s death.

She first visited her GP on August 2018. He told the inquest: ‘She gave a history of recreational drug use over a year and on a consistent basis since the death of her mother.’

She had taken overdoses and been admitted to drug rehabilitation and was referred to a private drug addiction health clinic, the OAD Clinic in Belgravia, west London. 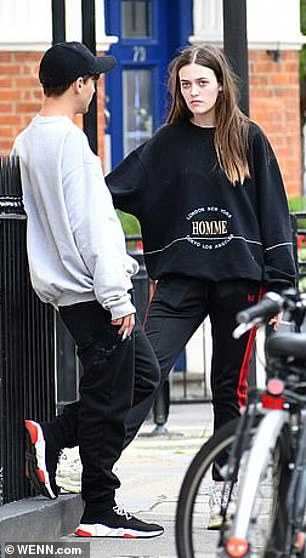 Felicite, pictured with her brother, had suffered from a range of problems but had tried to kick a drug habit, doctors said

Felicite was admitted to a hospital intensive care unit after drug overdose and transferred to the acute mental health unit at Nightingale Hospital in September.

She was then transferred directly to an airport and flown to spend two-and-a-half months at the Alexandria hospital rehabilitation centre in Egypt until November.

Professor Oscar D’Agnone, medical director and owner of the OAD Clinic, said she got drug free and was diagnosed with ADHD, PTSD, borderline personality disorer, an eating disorder and poly-substance abuse in Egypt.

But he said she got back in touch with people who took drugs with her after she returned to the UK for Christmas, against medical advice.

Prof D’Agnone said: ‘She was negative for all illicit drugs when she left the unit on the 30th of November.

‘The original plan with the family was for her to stay over Christmas but she was very very reluctant and she returned before we advised her.

‘When people take drugs, it’s usually not an individual thing, but some one sells and it’s people that they know.’ 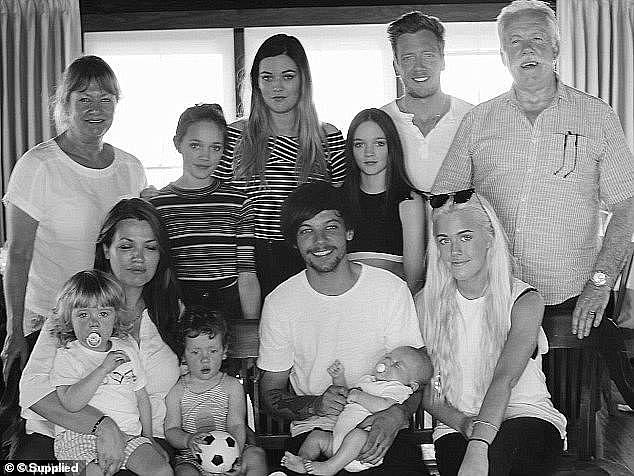 A photo of the family before their mother’s death, including Louis (centre), his mother Johannah (left) and sisters Lottie (right), Daisy and Phoebe (centre) and Felicite (back centre) 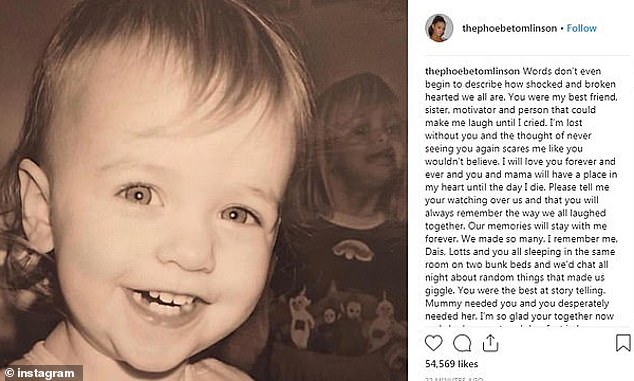 He said she later called into his clinic ‘extremely anxious’ saying she hadn’t been taking her prescribed medication on February 2, a month before her death.

The One Direction singer attended the clinic with Felicite on September 4 – a day after she had failed to turn up for an appointment there, the hearing was told.

Prof D’Agnone told the inquest: ‘I spoke with her brother and he had advised that there should be a family member to check on her.’

On December 14, he said: ‘I got a phone call from her brother’s PA saying she had gone into the Chelsea and Westminster Hospital with chest pain and was diagnosed with acid reflux.’

A tribute by her father Mark Tomlinson was read out at Westminster Coroner’s Court this morning.

He said she ‘was a much loved daughter and sister’ and had from an early age ‘established herself as mischievous and wonderful with children.’

Mr Tomlinson added: ‘Felicite had huge hopes and aspirations for her future, a lot of which were beginning to come to fruition at her untimely passing. She is missed by all who knew and loved her.’

Giving her conclusion today, the coroner found: ‘Felicite Grace Tomlinson has died as a result of drug toxicity on Wednesday the 13th of March 2019.

‘She was found unresponsive by her friend at her home address. The London Ambulance Service attended, CPR was commenced but to no avail.

‘I think the most appropriate conclusion would be misadventure. This was an individual who took drugs voluntarily and has succumbed to the side effects of those drugs accidentally.

‘To some extent I’m sure she knew the risks she was taking, but I do not think this was a deliberate act to end her life.’ 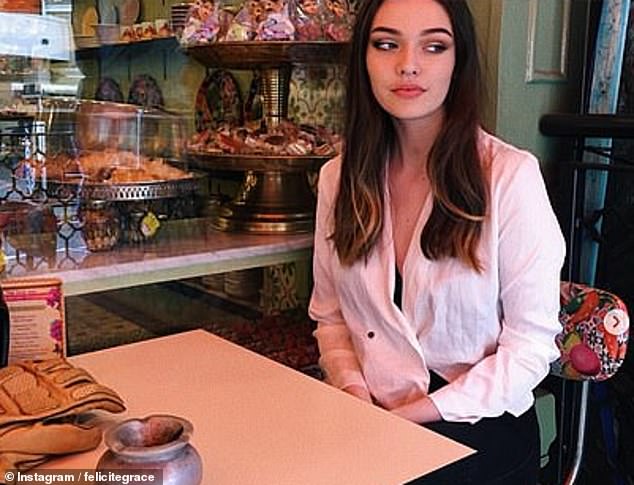 Felicite was well known in her own right and had 1.3million followers on Instagram

At the time of Félicité’s death, friends of Louis, 27, said he was left ‘devastated and ­distraught’.

A family source said at the time: ‘Felicite was an absolutely adored young woman who was loved by Louis and her whole family. She was a loveable, caring, bright, passionate, popular and beautiful young lady.’

Shortly after her death, her sister Phoebe posted online: ‘Words don’t even begin to describe how shocked and broken hearted we all are. You were my best friend, sister, motivator and person that could make me laugh until I cried.’

Another sister, Daisy, added: ‘It was only a few weeks ago that we were sat on the sofa bed at 3am drinking tea, eating French fries and chatting about the future. You told me about all your plans. We were excited.

‘I pushed you away when you tried cuddling me, I thought I would have so many more chances to do that. I would cuddle you a million times over if you were still here, with me. Protecting me from this cruel world.’

For confidential support in the UK 24 hours a day 365 days a year, you can call the Samaritans on 116 123 or email jo@samaritans.org