Nick Jonas, 26, fans call him ‘gross and irresponsible’ after singer holds cigar on the cover of smoking magazine

By Shelby Slaughter At Dailymail.com

Nick Jonas is receiving copious amounts of backlash after posing on the cover of Cigar Aficionado magazine with a cigar in hand.

The 26-year-old shared earlier this week that he would be this month’s cover star writing: ‘First person under 30 to hold a cigar on the cover of one of my favorite magazines. So pumped about this one! Thank you @CigarAficMag! Issue on newsstands September 24th.’

Fans of the Jonas Brother were quick to criticize the artist’s new milestone with one user calling him ‘gross and irresponsible.’ 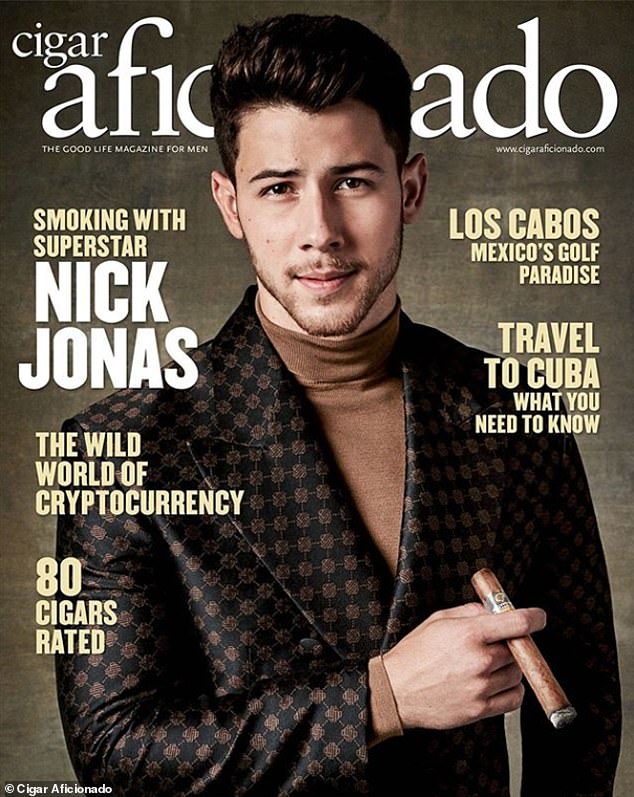 Hot water: Nick Jonas fans aren’t too happy with the singer who shared his latest magazine cover showing him with a cigar on Cigar Aficionado magazine 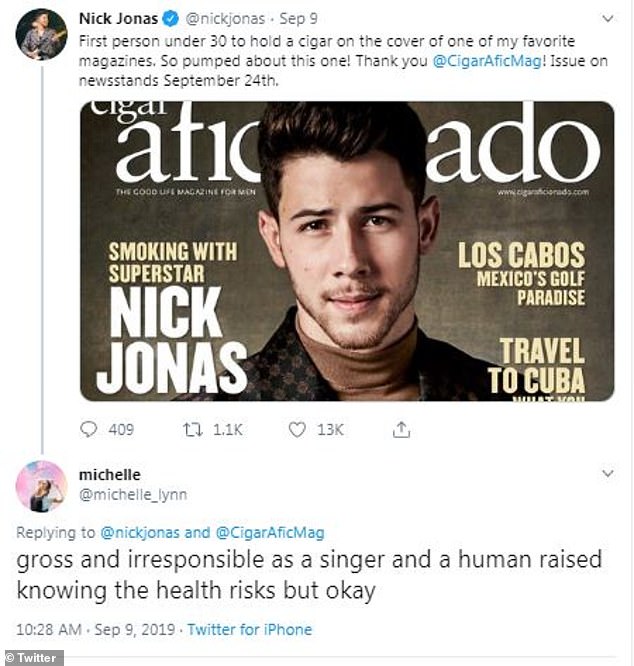 Big no: Users on the internet called him ‘gross and irresponsible’ for bragging about being the first person under 30 to hold a cigar on the cover

Nick has been known to whip out a cigar on many occasions, dating back to 2015.

The magazine was impressed with the traffic the magazine was receiving with the Burning Up singer on the cover as they typically only feature older stars such as: Michael Jordan, Robert De Niro, Jack Nicholson, and Arnold Schwarzenegger.

While he may be the youngest cover star for the magazine, fans didn’t think he deserved the praise for promoting smoking at a young age.

‘Gross and irresponsible as a singer and a human raised knowing the health risks but okay,’ one user wrote responding to his tweet. 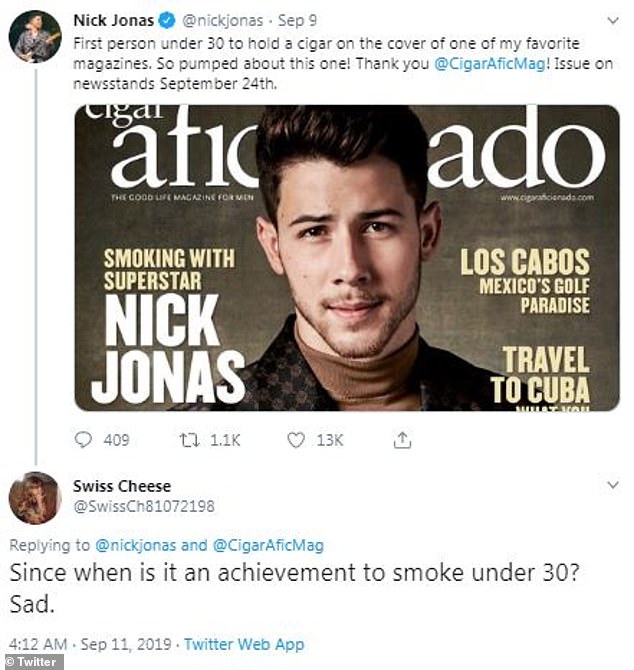 Not happy: Another user commented saying ‘since when is it an achievement to smoke under 30? Sad’

Another user hopped on board and expressed their distaste for the shoot saying: ‘Since when is it an achievement to smoke under 30? Sad.’

Others thought it would be funny to photoshop in other items that he could have held instead of the cigar.

‘Things Nick Jonas could be holding that are better than a cigar: a little cute chickadee,’ the user wrote with a bird photoshopped onto his finger. 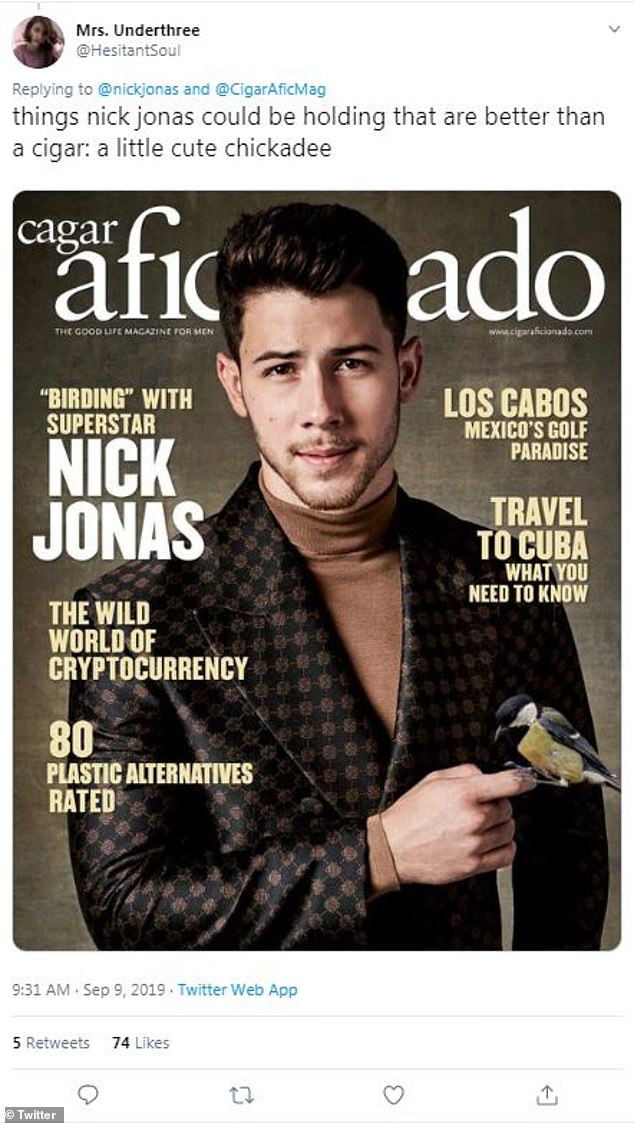 No comment: Nick has yet to respond to the backlash of the magazine cover 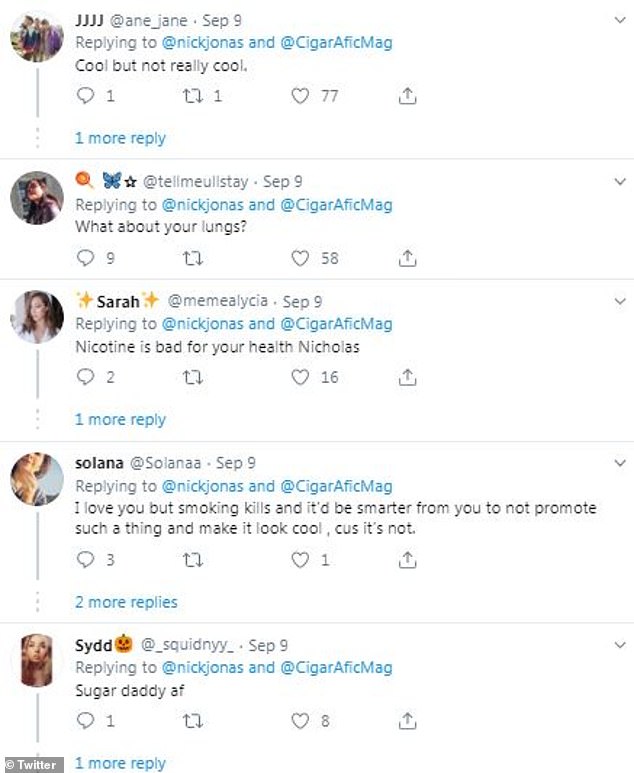 Back when he was just 13 years old, the Jumanji star was diagnosed with Type 1 Diabetes.

According to the CDC, it’s recommended that smokers should quit immediately if they have diabetes as ‘quitting smoking will benefit your health right away.’

While there appears to be a riot of fans against the stunt, other loyal JoBro fans are sticking by his side telling the haters to go ‘learn the facts.’

Nick has yet to to address the cover and comments. 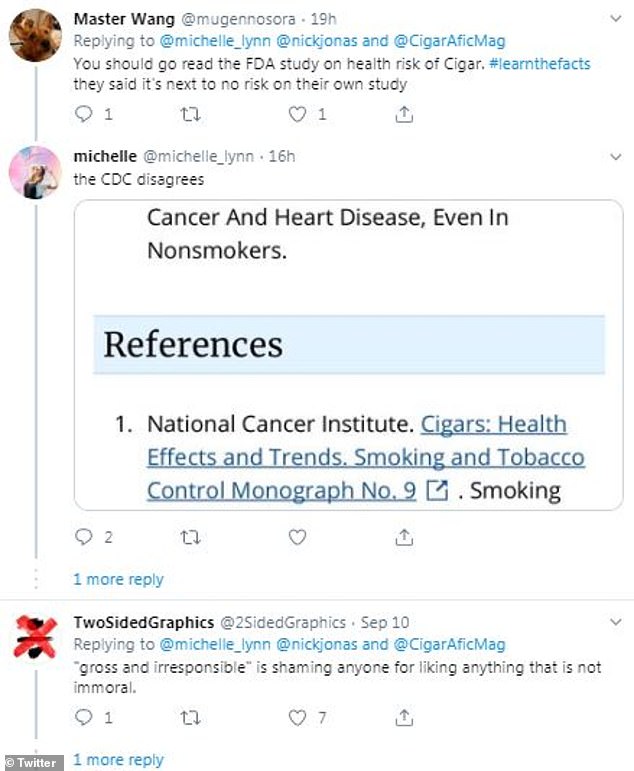 Check the facts: Fans of Nick came to his defense telling trolls that smoking cigars have ‘next to no risk’

While puffing away on a good cigar wasn’t all Nick opened up about, he also spoke about how fans have come to know them as the ‘J-Sisters.’

During the interview, he spoke about how much of the success to the group’s music video for Sucker is owed to their three wives Priyanka Chopra, Danielle Jonas, and Sophie Turner.

‘We knew that context needed to be given about where we are now,’ he said to the magazine. ‘And I think the biggest piece of that puzzle is those three incredible women who stand by our side. And they stole the show in our video.’

Kevin married Danielle back in 2009, Nick married Priyanka in 2018, and Joe married Sophie this summer during a ceremony in France. 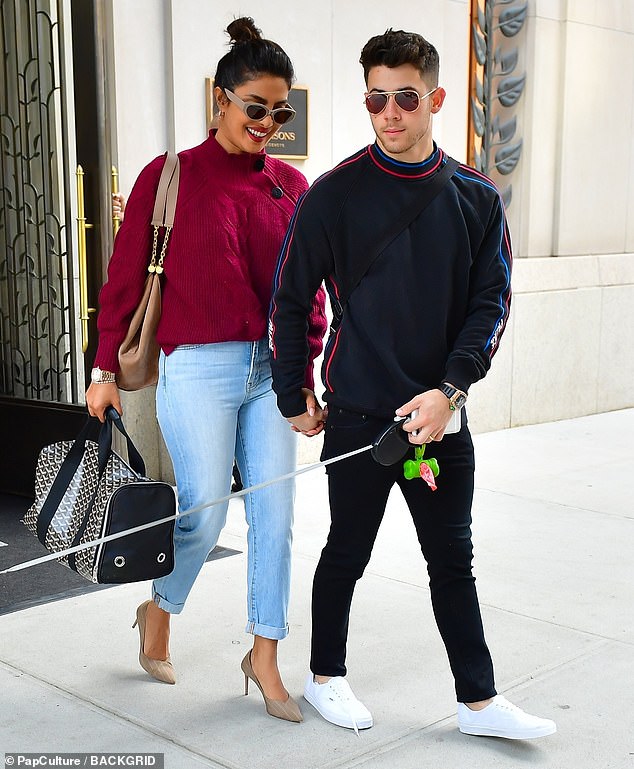 Husband and wife: Nick and his wife Priyanka step out in New York City during NYFW on September 9 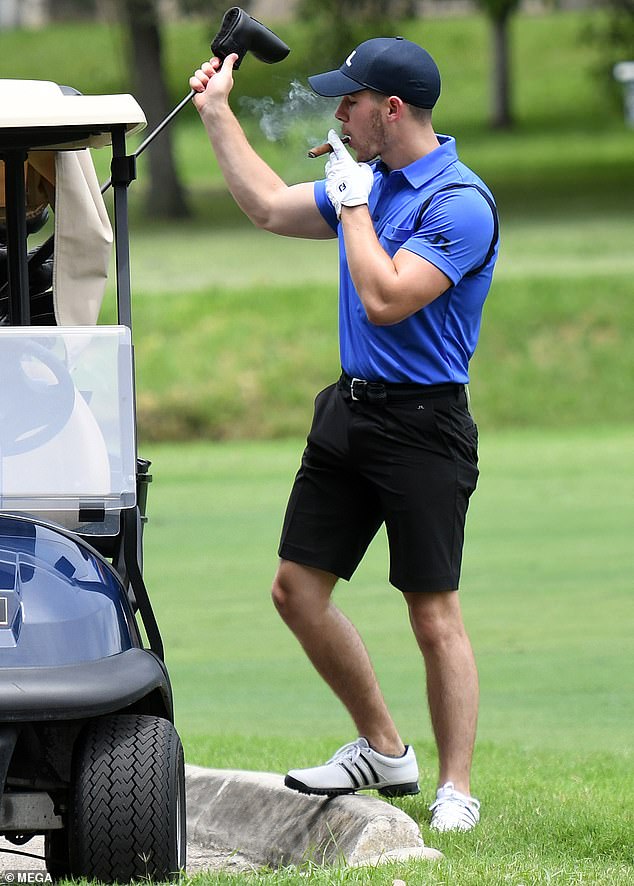 Relaxing day: Nick is spotted back in August smoking on a cigar while playing a round of golf in Miami with his brother Joe

Gisele Bundchen and Tom Brady wish each other a happy 11th wedding anniversary with competing gushy notes: 'Thank you for making life so sweet!' By...
Read more
- Advertisement -