How the High Street used to look: Britain’s grandiose Victorian town centres are pictured in all their bustling glory before they were replaced by today’s brutalist eyesores

The changing face of Britain has been captured in a series of poignant photographs documenting how bombs dropped by Nazi Germany and new architectural pursuits transformed our city centres over a century.

Now-and-then comparisons of some of the country’s most iconic landmarks reveal how grandiose Victorian buildings have given way to brutalist modern builds and roundabouts.

The photographs show Britain’s 19th century high streets in all their bustling glory before they were replaced largely because of how town planners were forced to accommodate motor vehicles in the 20th century.

One picture shows St Mary Redcliffe Church in Bristol with a quaint row of bustling shops, cafes and hotels leading up to it. However, the modern view shows how it has been replaced with a roundabout.

Others reveals how Bradford city centre’s imposing Gothic towers have been replaced with brutalist office spaces, while the grand Patheon on London’s Oxford Street, with its Roman-inspired portico, is now a Marks & Spencers.

During the 1960s in particular, old buildings with detailed facades were replaced with the brutal concrete structures that defined the era.

It was not until the 1970s and 1980s when conversation groups pushed back in an attempt to save our nation’s heritage through architecture. 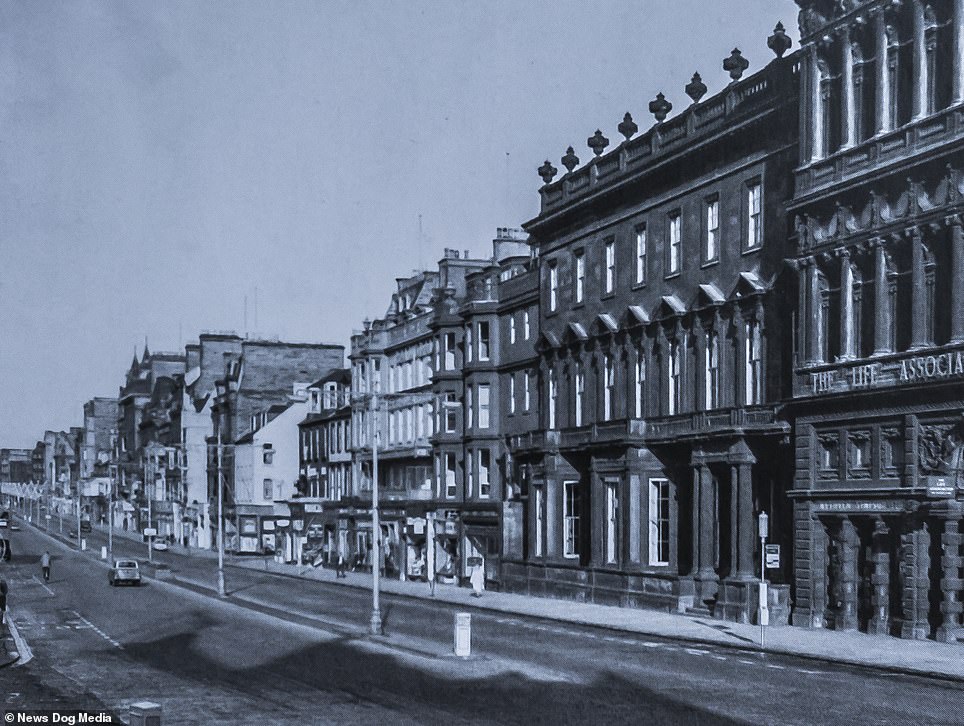 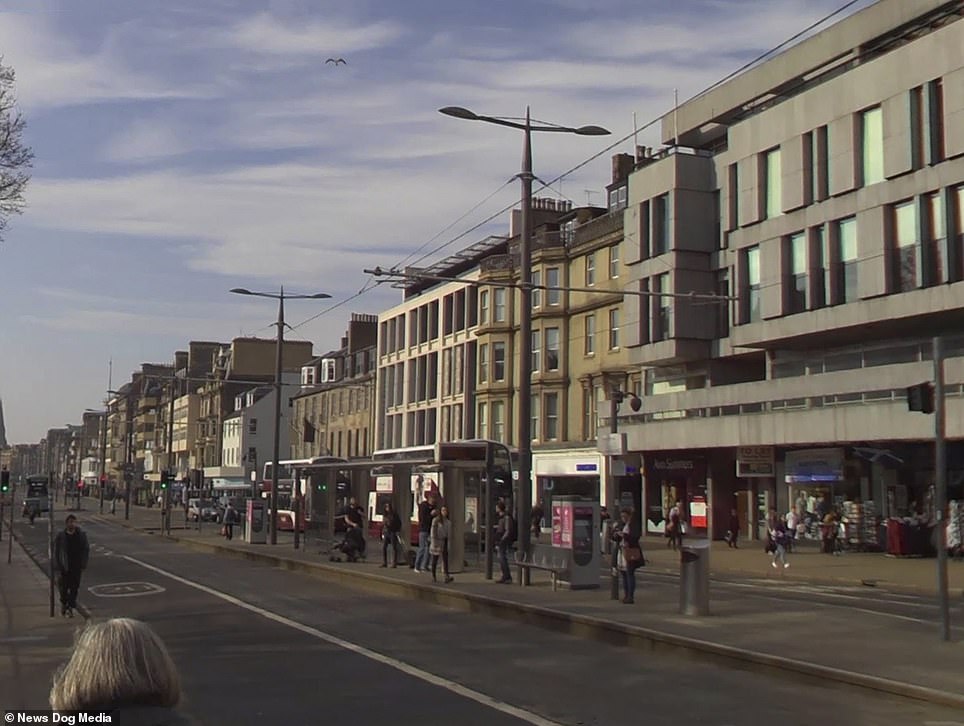 The New Club (pictured in the left-hand photograph, on the far right) on Princes Street in Edinburgh, was once thought of as the finest building in the street. It was demolished in the 1960s and now the high street has a distinctively different feel, with a bus stop island separating both sides of the road 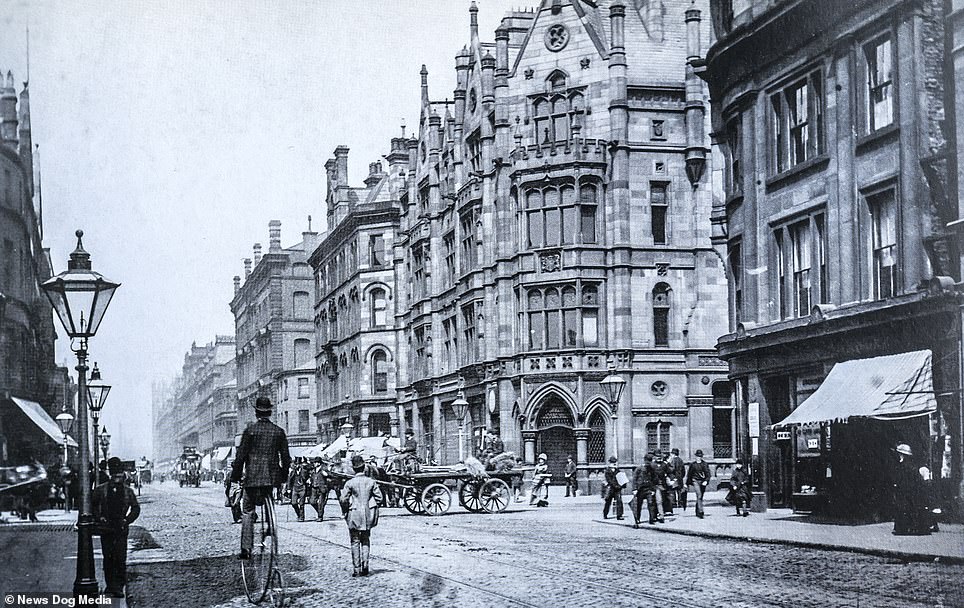 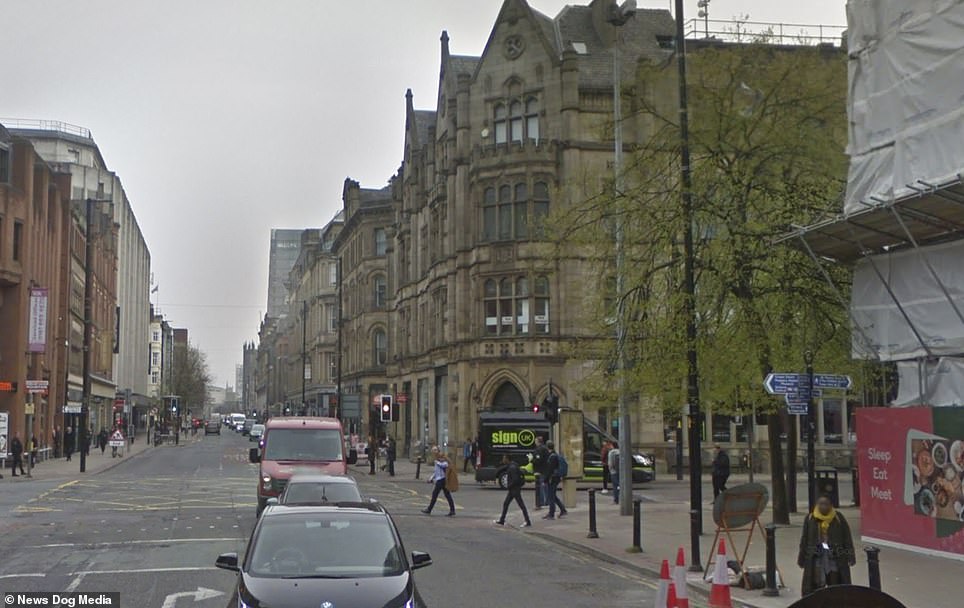 A black-and-white image on the left shows Deansgate in Manchester, pictured in the late 19th century, complete with a man riding a penny farthing. A modern view of the road on the right shows how many of the original buildings were redeveloped or destroyed after bombing raids during the Second World War 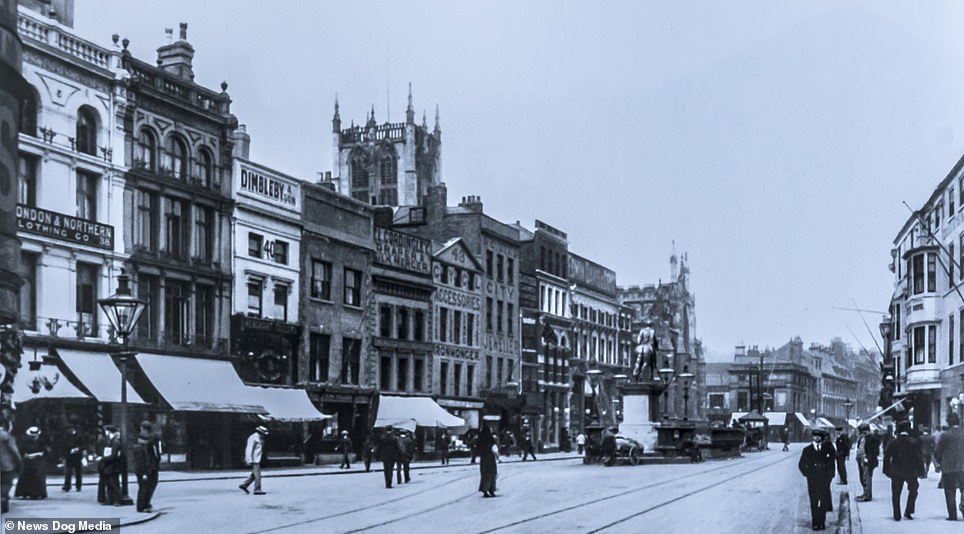 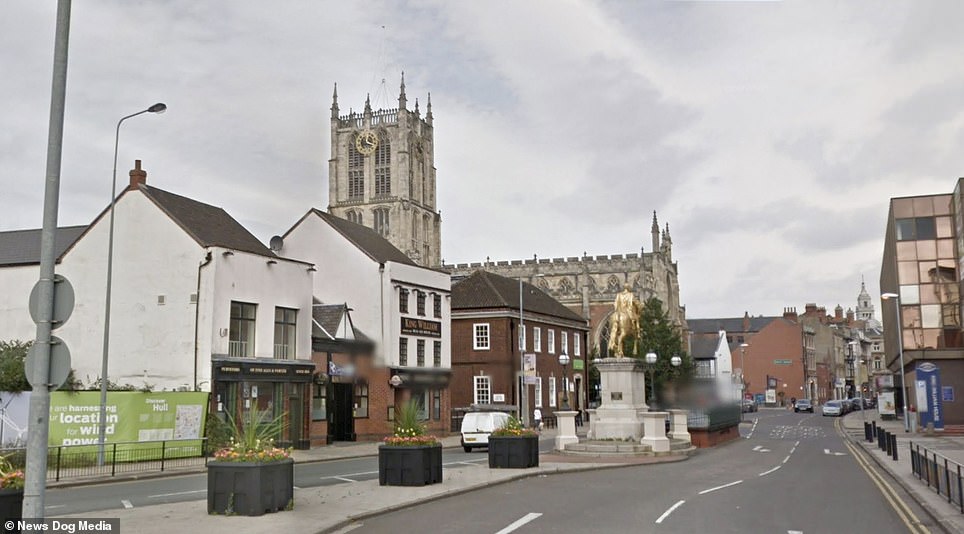 The Market Place in Hull is shown in all of its glory in a poignant image taken circa 1900. The Medieval parish of the Holy Trinity church still stands today, shown rising above the skyline, but all of the houses in the street were demolished in the 1960s to make way for more modern structures 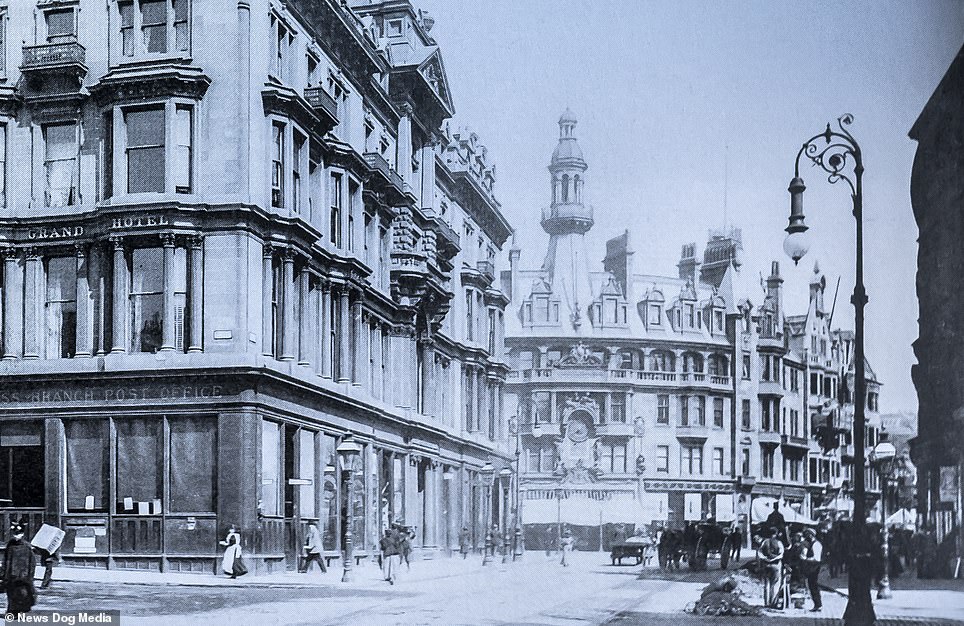 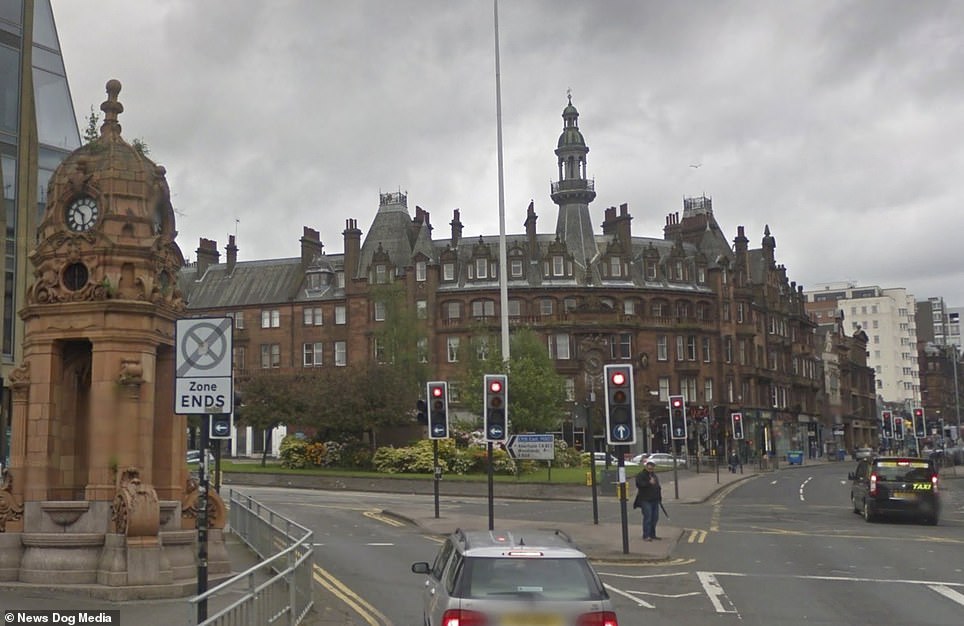 Sauchiehall Street in Glasgow, historically one of the city’s main shopping districts, is pictured in the early 20th century in this black-and-white photograph, shown left. The Grand Hotel on the left was pulled down for a roundabout in 1968, which is shown still standing in 2019 (pictured right) 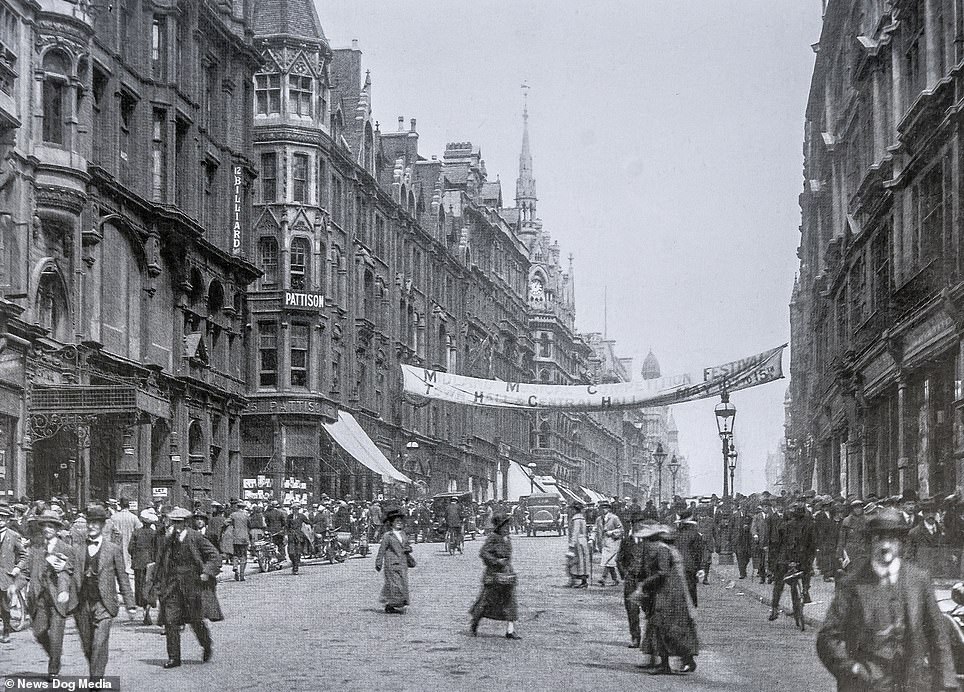 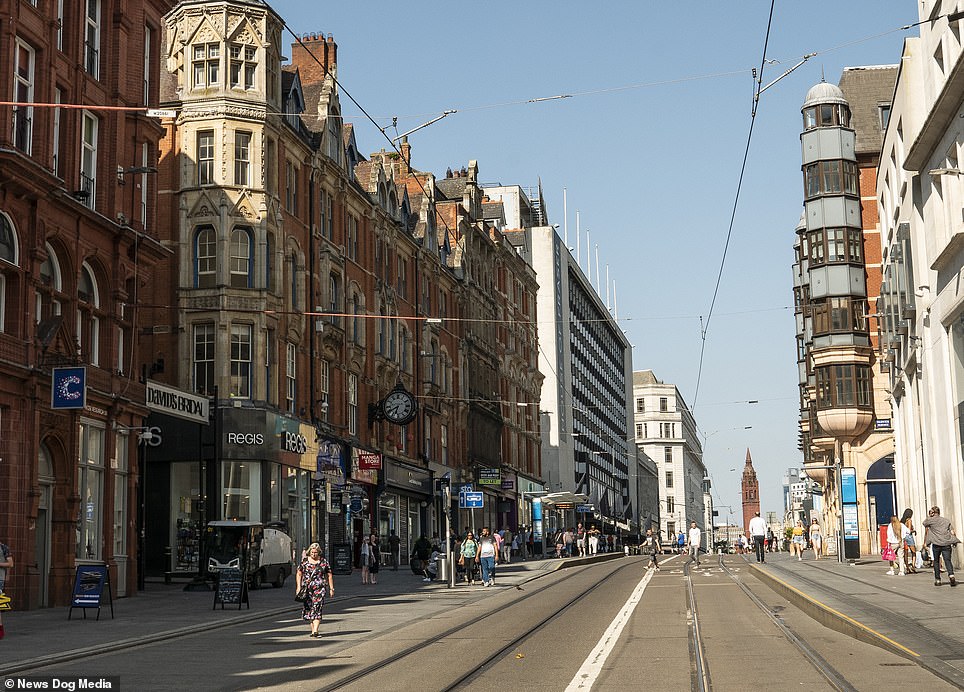 A bustling Corporation Street in Birmingham as it looked at the end of the 19th century (shown left). Despite some of the grand Victorian buildings remaining, most of them have disappeared or been altered (as shown in a image taken in the road this year, right) 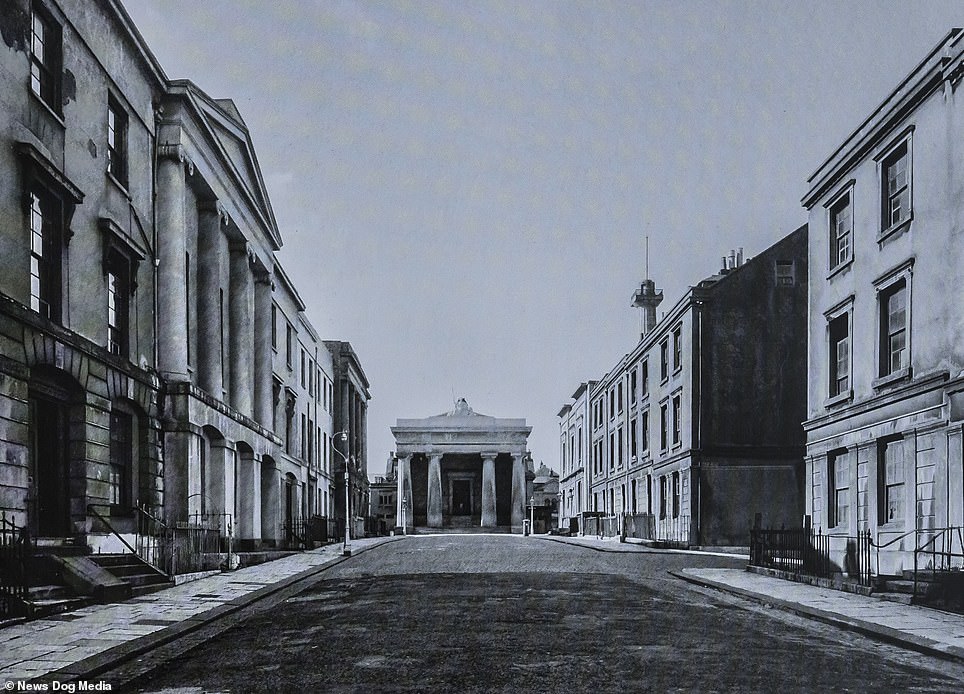 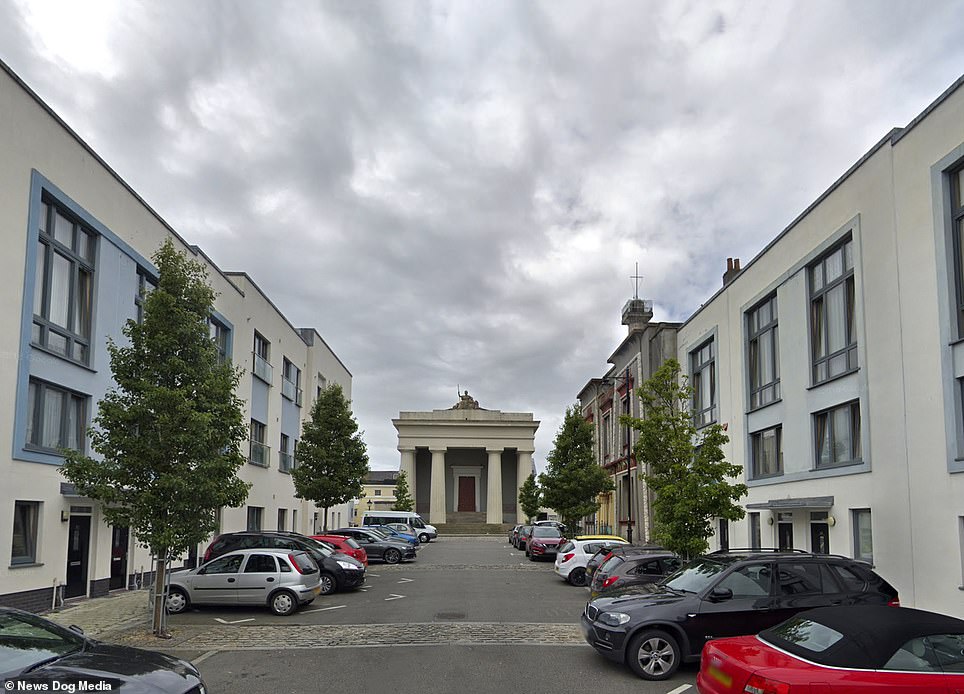 Ker Street in Plymouth, pictured in the 1950s. The Greek revival town hall survives but the Roman Corinthian terrace house have been flattened for new builds. The empty street in front of the beautiful buildings has also been replaced with parking spaces 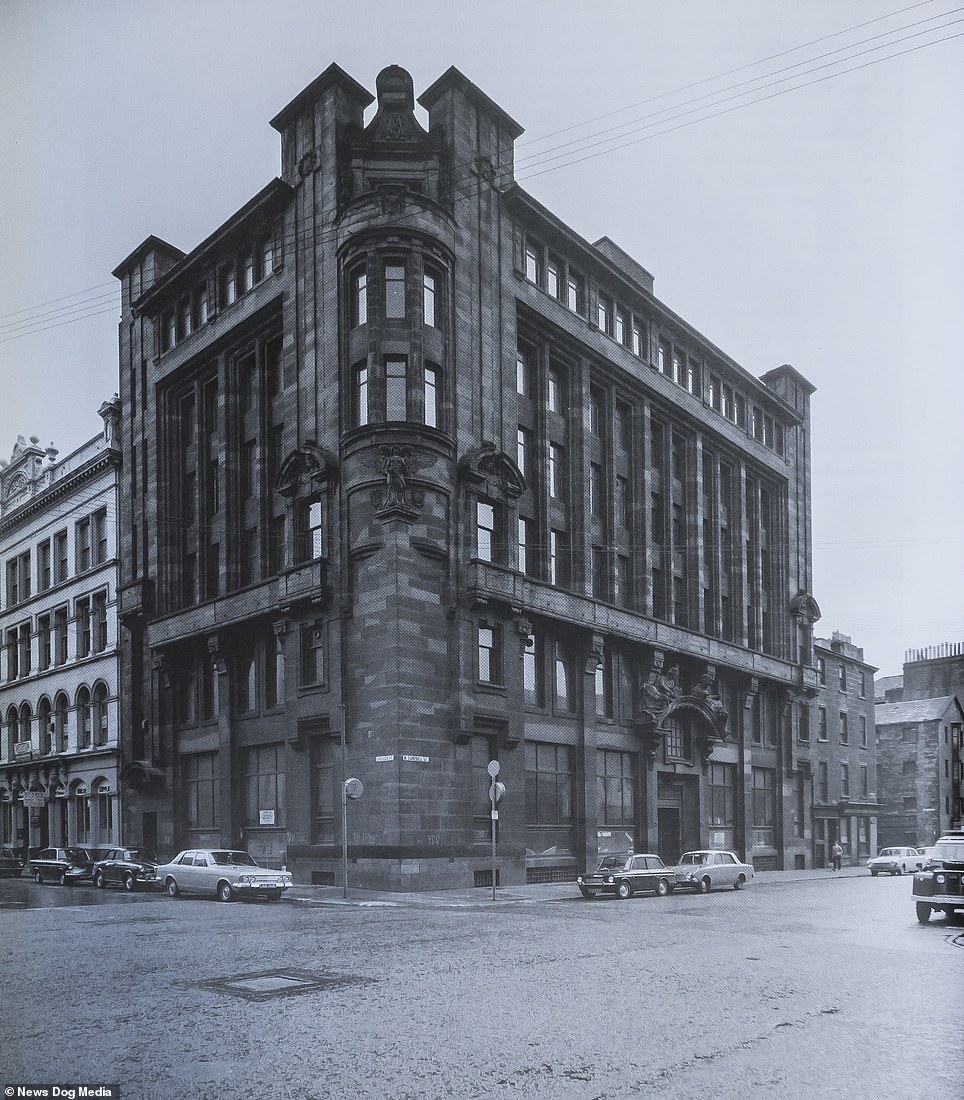 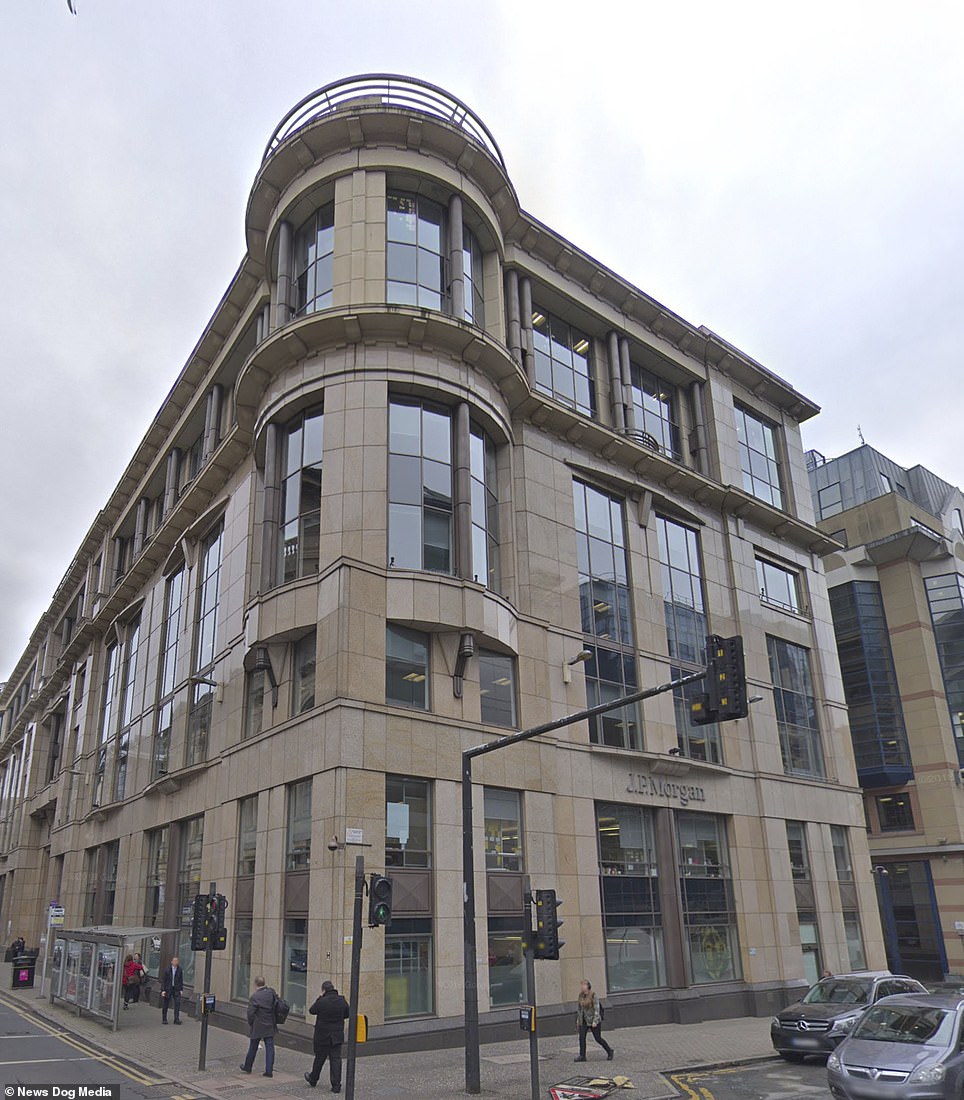 Willaim McGeogh & Co’s warehouse on the corner of West Campbell Street and Waterloo Street in London is pictured left in a image captured sometime in 1969. It was demolished in the 1960s. Today, the site is one of the headquarters for global conglomerate JP Morgan (right) 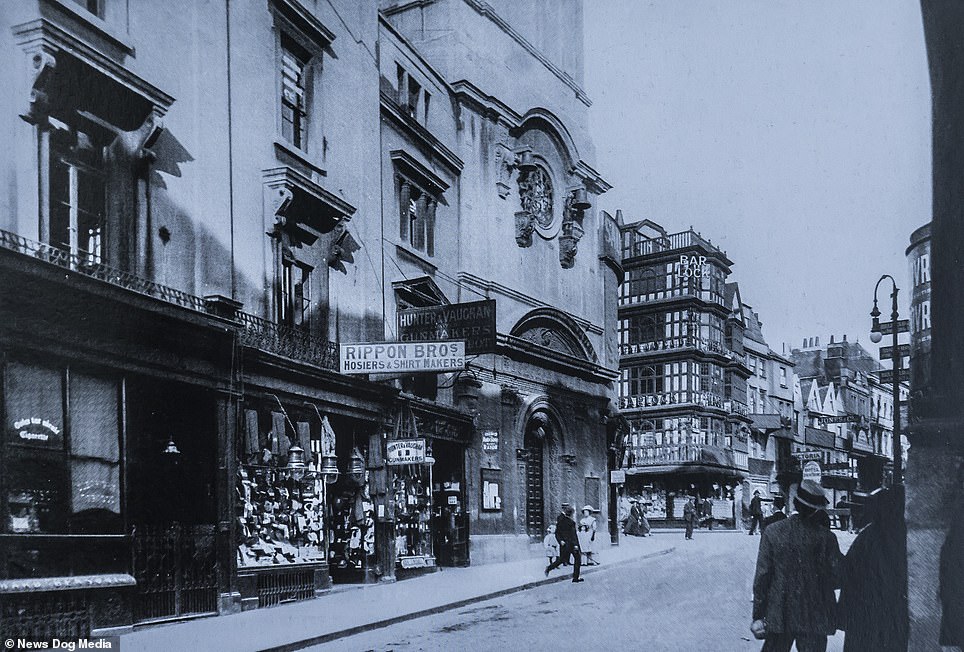 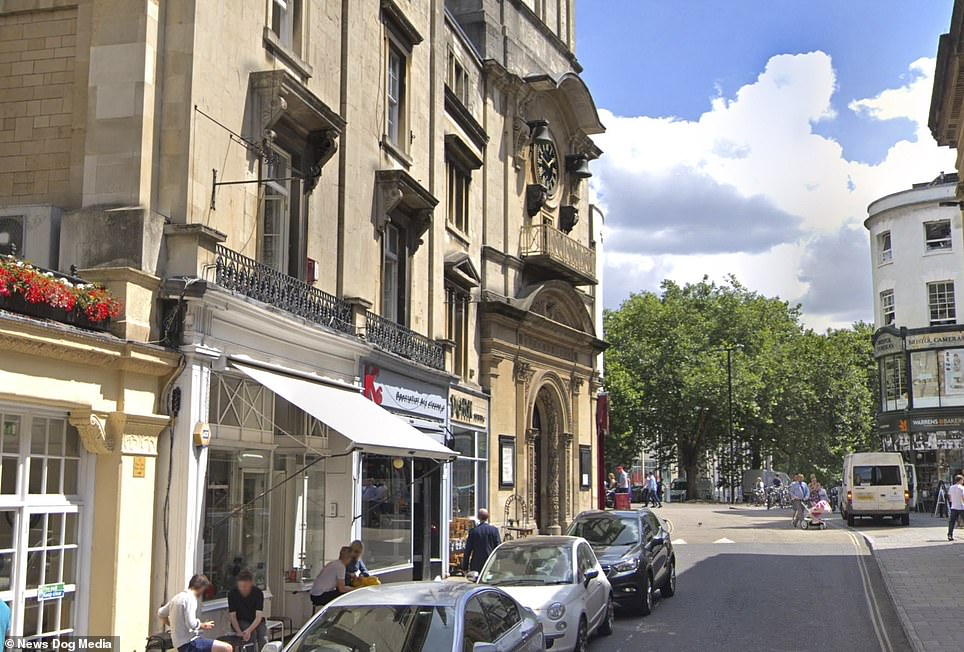 Broad Street in Bristol, circa 1912. The famous Dutch House can be seen peering out from the top of the picture on the left, which was destroyed in 1940 after it was badly damaged by incendiary bombs dropped by the Luftwaffe. A modern view of the street is shown right 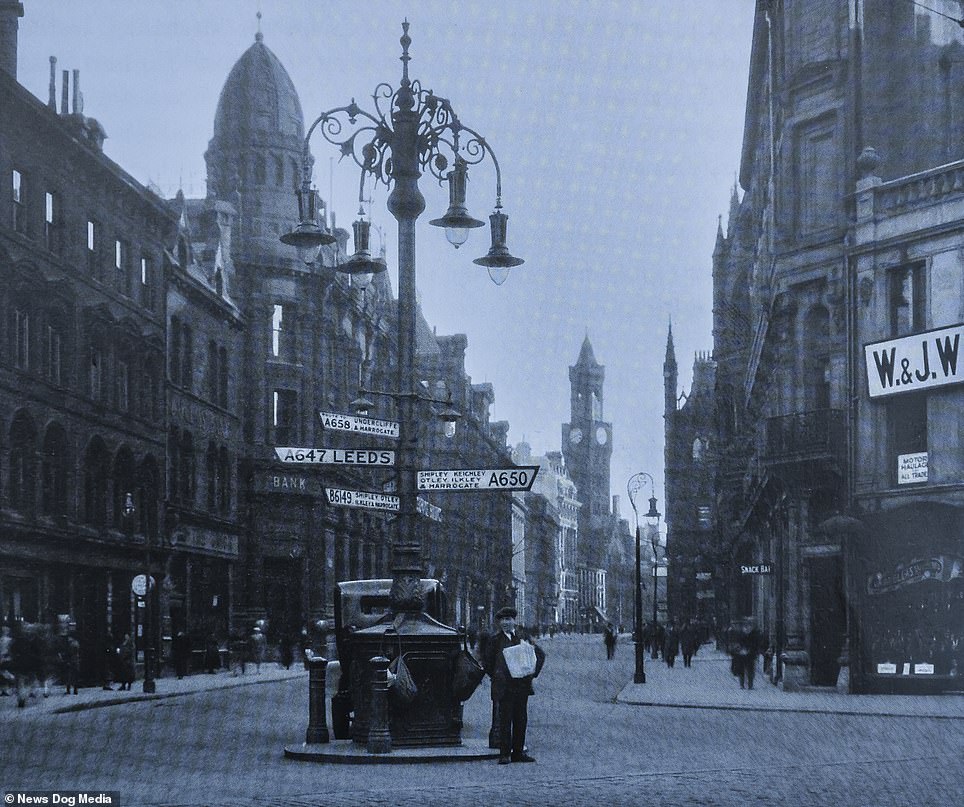 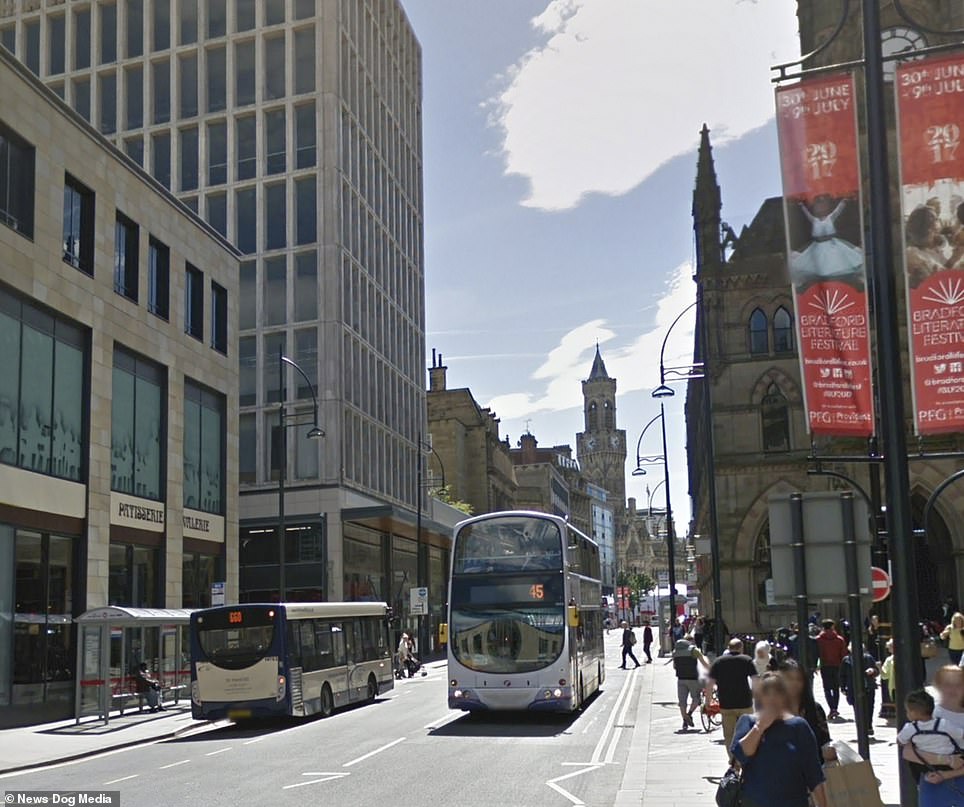 Market Street in Bradford, pictured on the left as it looked in the Victorian era, complete with a newspaper seller stadning on a traffic island in the middle of the road. The Swan Arcade and all of the other buildings on the left hand side were destroyed in the 1960s. Pictured right is a view of the street today 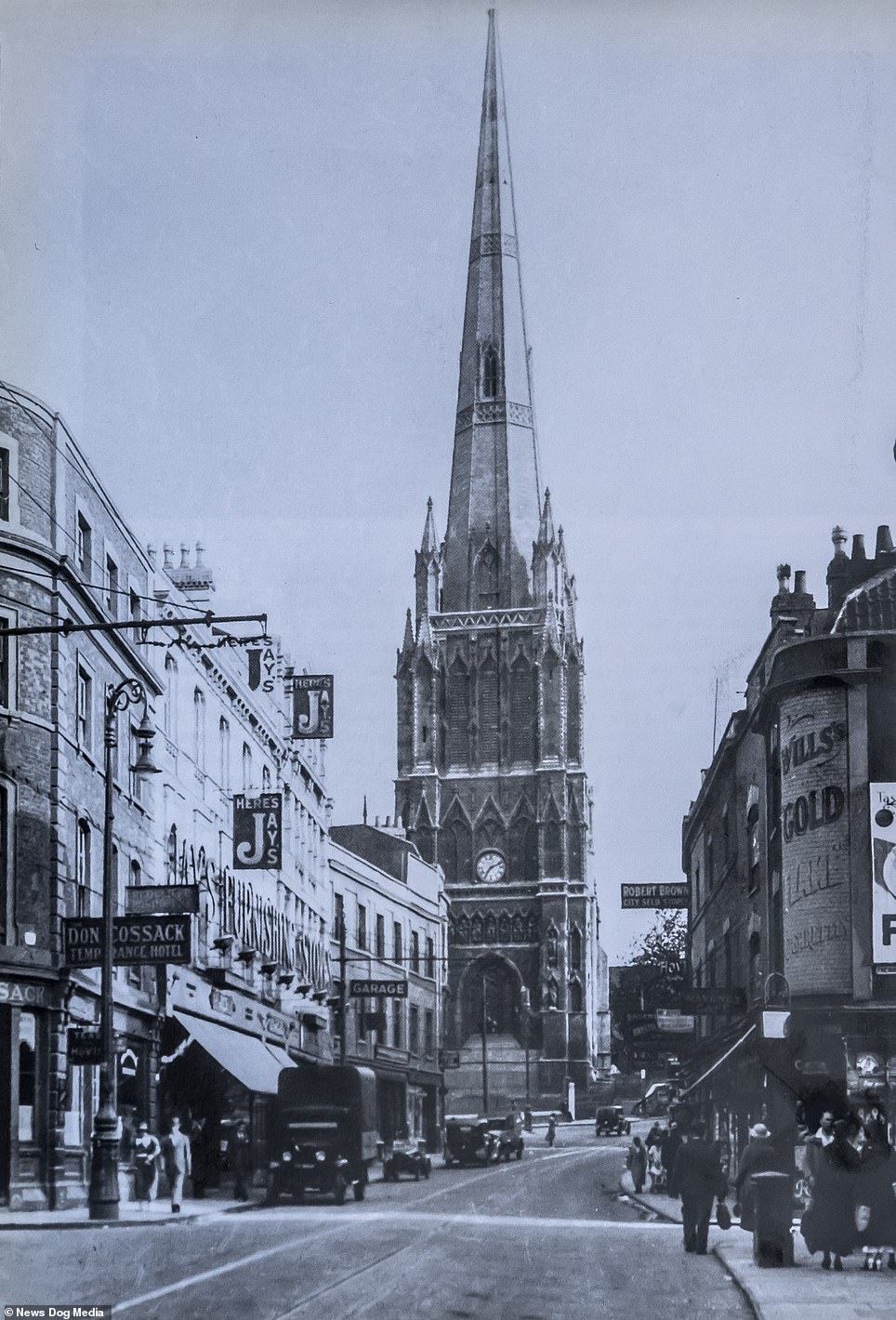 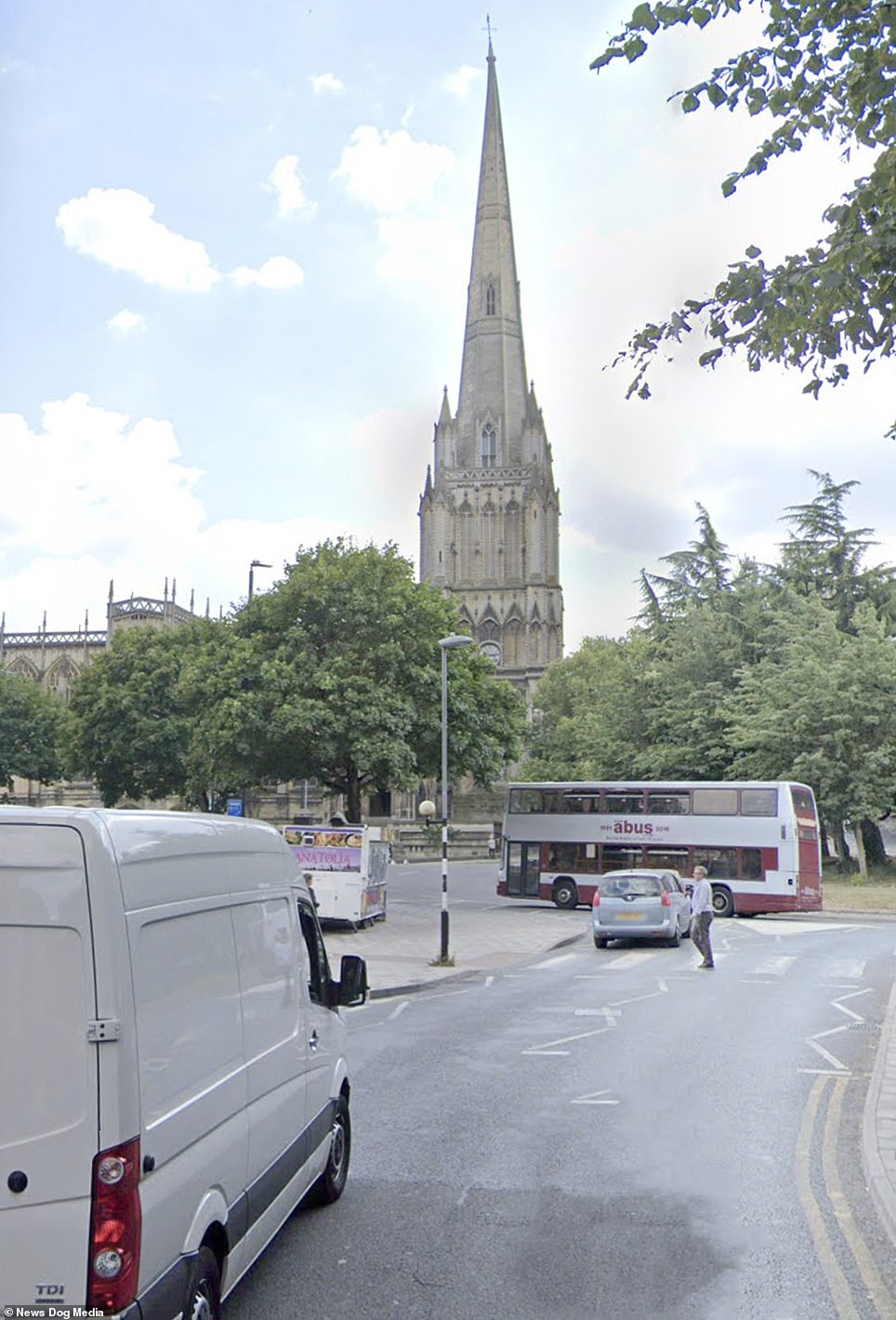 St Mary Redcliffe Church photographed from Redcliffe Street in Bristol, 1935. The bustling shops, cafes and hotels that dominate the rest of the photograph pictured on the left have now been swept away to make room for a roundabout (shown right) 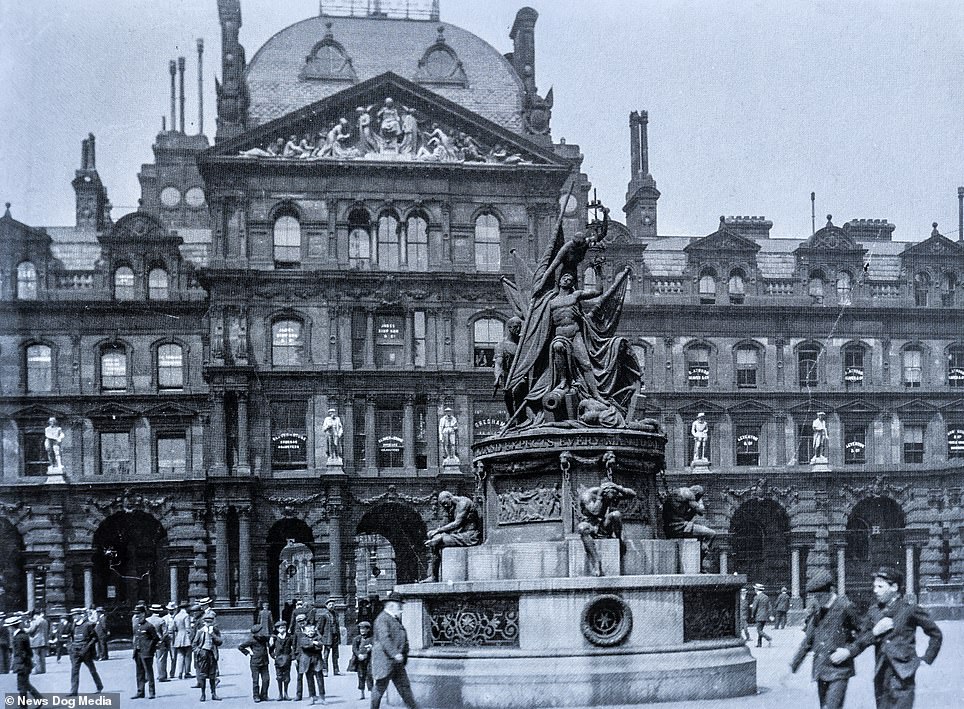 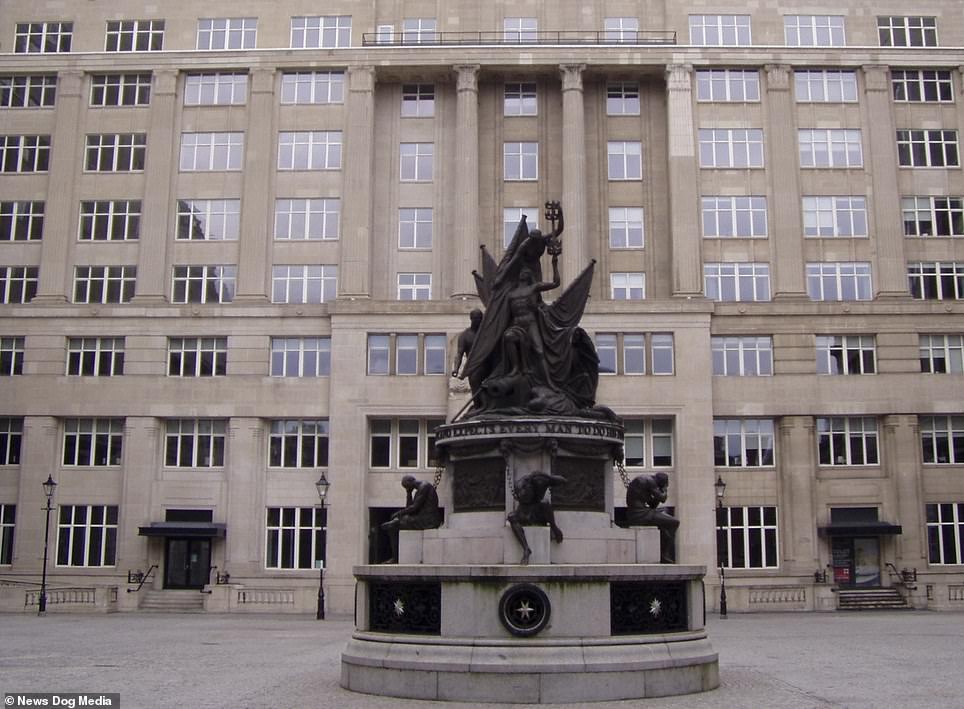 The Exchange Flags building in Liverpool with Nelson Monument in front, pictured at the turn of the 20th century. It was torn down in the 1930s to make way for a replacement building shown on the right. 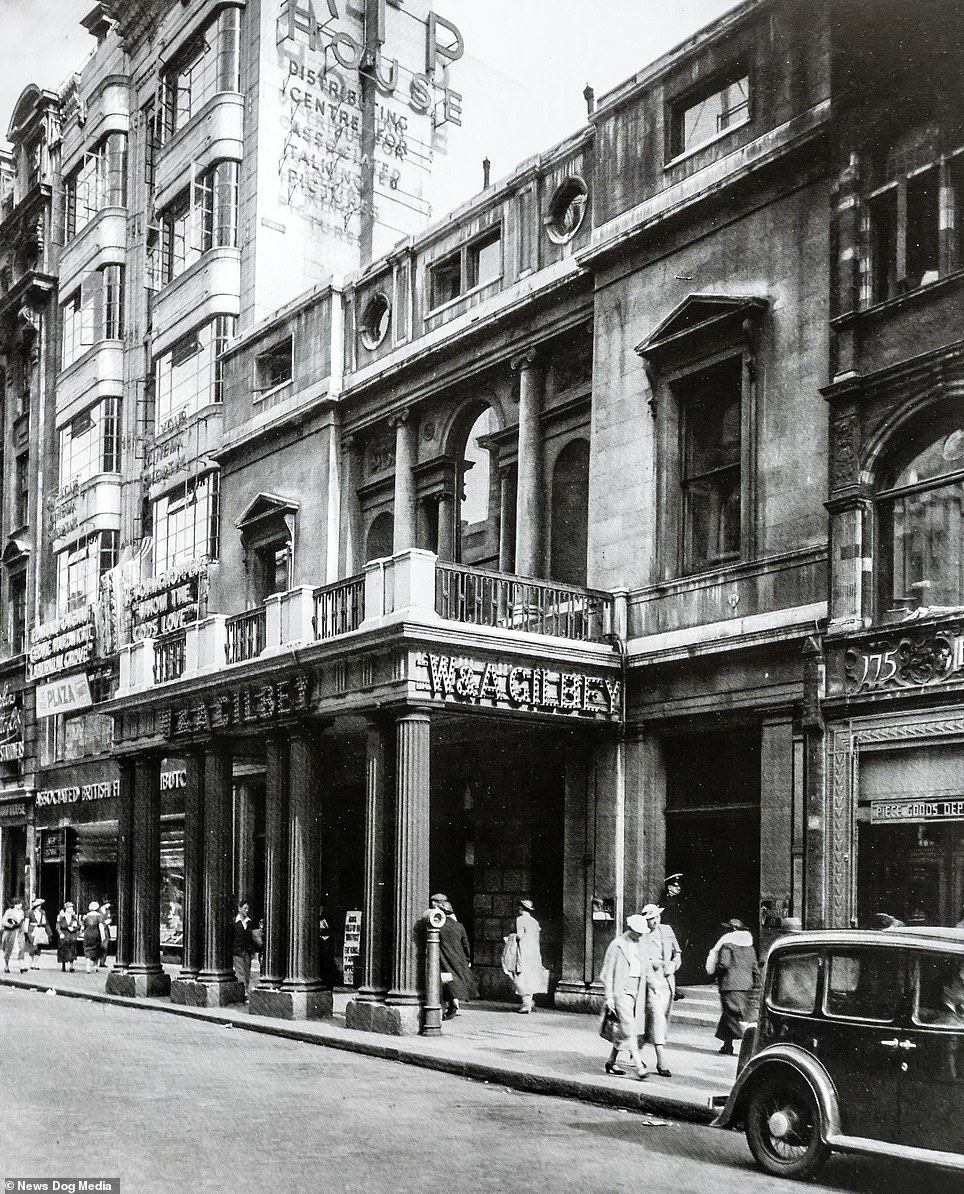 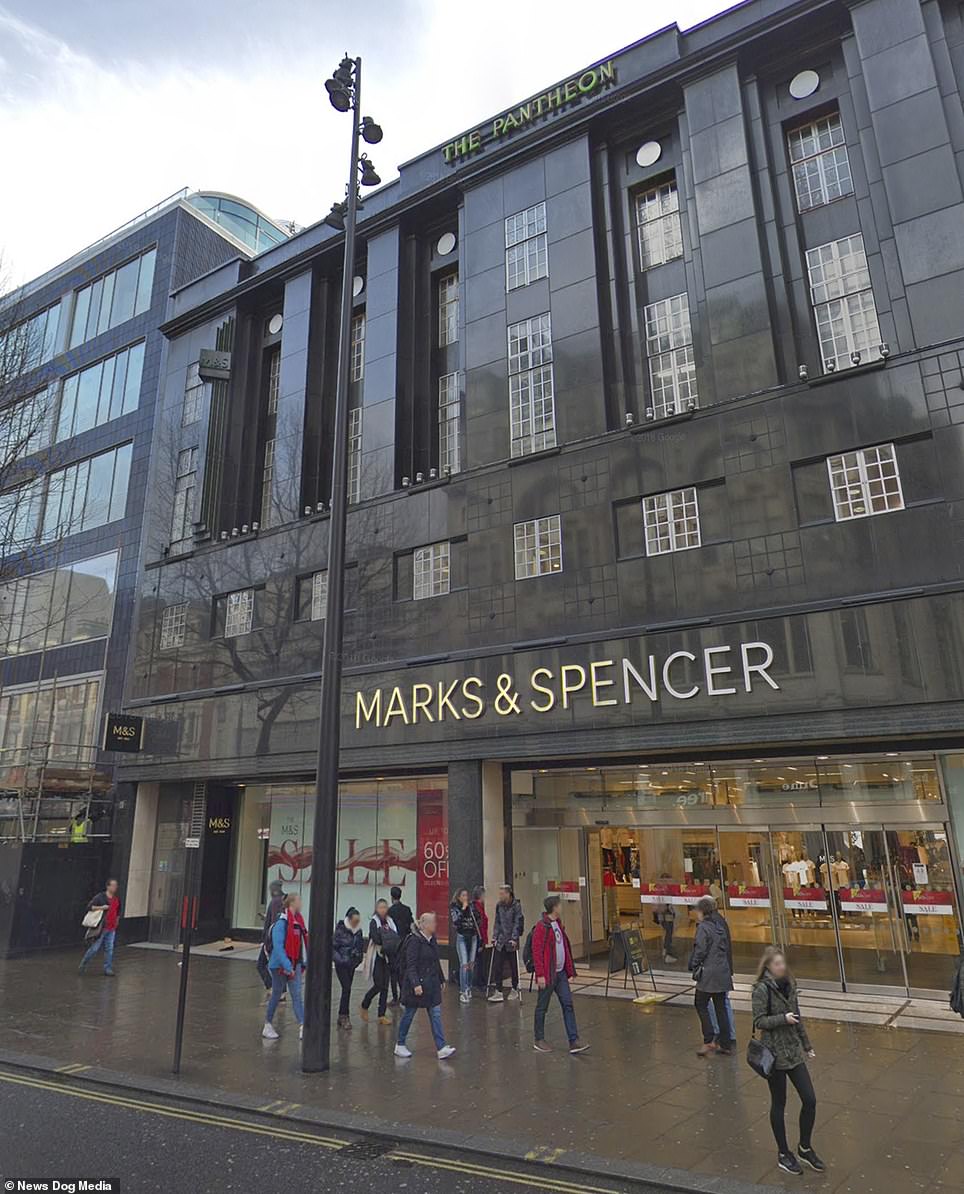 Another images shows the Pantheon on Oxford Street in London how it looked in the stylish 1930s. The grand building was once a glamorous place of public entertainment, boasting a Roman inspired portico sheltering the pavement. Now it is a Marks & Spencer (shown right)