Revealed – The aide Prince Andrew rowed with and what REALLY made him lose his rag: Royal turned on Queen’s Master of Household because he couldn’t book room at Buckingham Palace 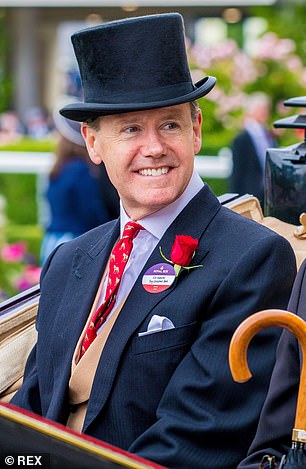 The Duke of York turned on the Queen’s Master of Household after he was unable to book a room at Buckingham Palace for an event.

Prince Andrew had inquired with ex-Naval officer Tony Johnstone-Burt, who is in charge of Buckingham Palace’s ‘below stairs’ operations, about using a room.

The Duke wanted to use it for his Pitch@Palace initiative, which helps connect entrepreneurs with potential patrons.

Prince Andrew was informed the room was not available and was said to have been fine with the decision until Mr Johnstone-Burt continued to speak his mind about his project.

But it has now been revealed that the dispute was nothing but a minor tiff, rather than a full-blown confrontation, as had previously been reported.

The pair then started arguing with one another, and the Duke was said to have gotten ‘very cross’.

It comes after Prince Andrew has faced months of criticism for his friendship with with paedophile financier Jeffrey Epstein, who killed himself in prison last month following an arrest over sex trafficking of underage girls.

Buckingham Palace has issued strong denials over allegations made by Virginia Roberts Giuffre that she was forced to have sex with Prince Andrew when she was 17 years old. 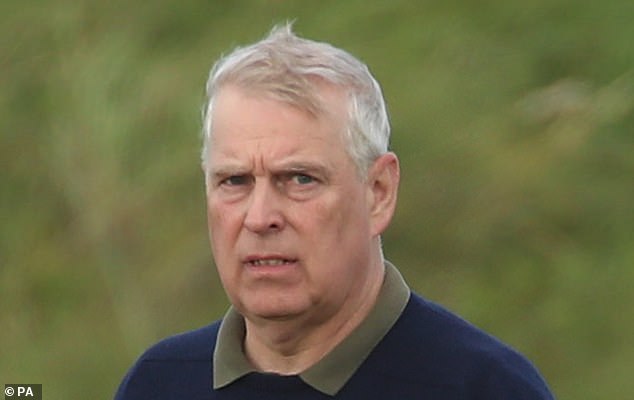 Andrew has endured months of scrutiny over his friendship with the disgraced paedophile financier Jeffrey Epstein, which might explain his tetchiness. Prince Andrew is pictured at a golf club in County Antrim on Monday

Since the allegations, Prince Andrew has only appeared in public a handful of times and was recently seen in County Antrim at the Royal Portrush Golf Course.

Speaking to the Daily Mail’s Sebastian Shakespeare a source said: ‘Andrew was fine with that, but the aide then started speaking his mind about Pitch@Palace.’

‘It was like poking a bear. HRH turned on him and accused him of not listening and getting the wrong end of the stick.

‘Andrew told him to go and have a word with his private secretary. It was more handbags than hand grenades.’

Buckingham Palace declined to comment on what the row was about, but in a statement confirmed that incident had taken place. 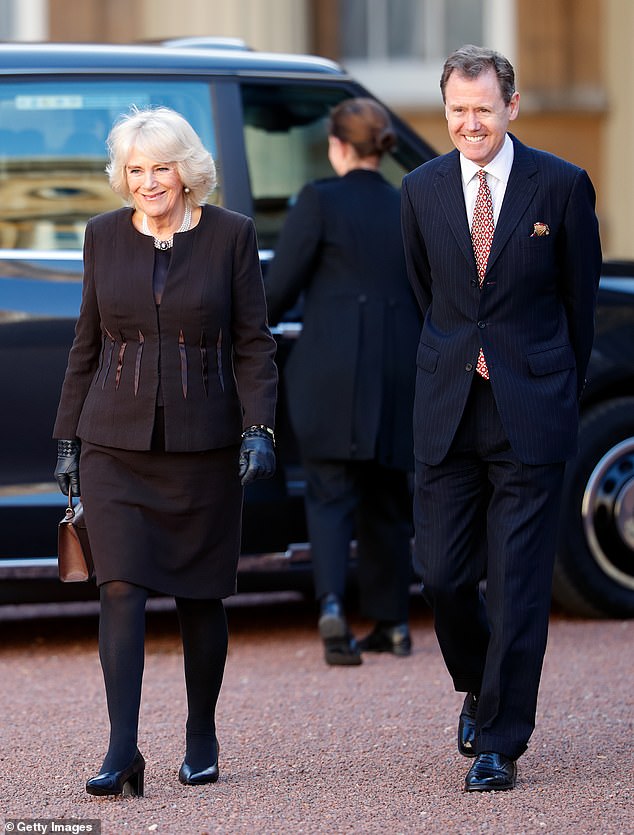 Camilla, Duchess of Cornwall, accompanied by Tony Johnstone-Burt (Master of the Household to Queen Elizabeth II), attends a reception for the London Taxi Drivers’ Charity for Children at Buckingham Palace on February 14, 2019 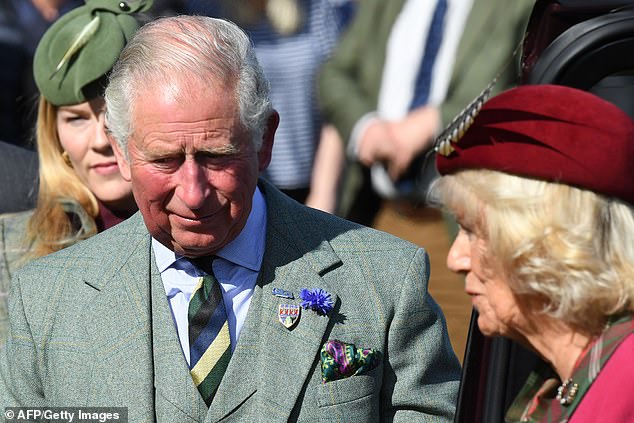 Prince Charles subsequently heard of the row and asked his brother to say sorry. Pictured, with his wife Camilla at the Braemar Gathering last week

‘Some time ago there was a disagreement between the Duke of York and a member of staff. The disagreement was resolved and there are no ongoing issues,’ a spokesman said.

The disagreement was said to have happened at the beginning of this month, and sources had previously told the Mail on Sunday that Prince Andrew had been ‘very cross’ and it was even thought that Prince Charles had asked him to apologise.

There was said to have been words on both sides but no actual physical altercation between the two parties.

‘It was a verbal dispute. It was a work-related issue. The Duke got very cross that what he wanted wasn’t possible.’ 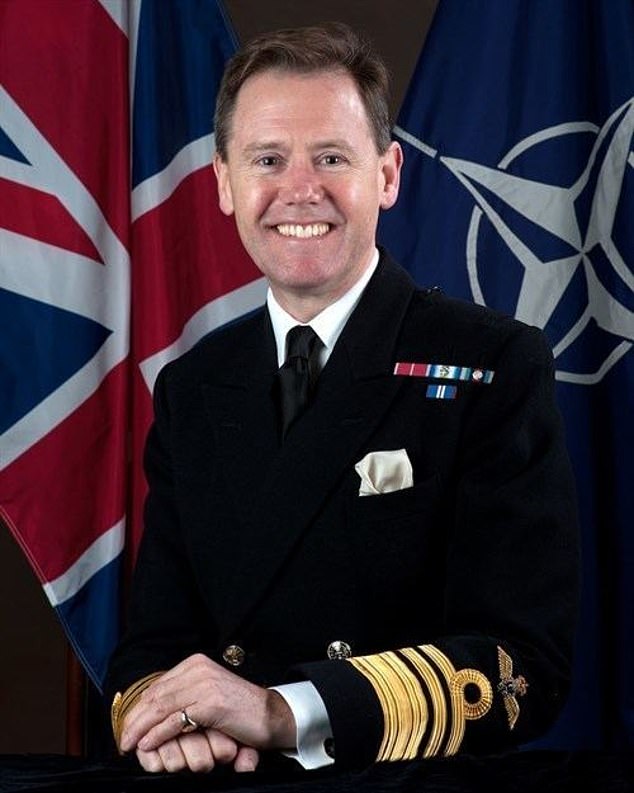 Mr Johnstone-Burt (pictured above) looks after teams including catering, housekeeping and entertainment 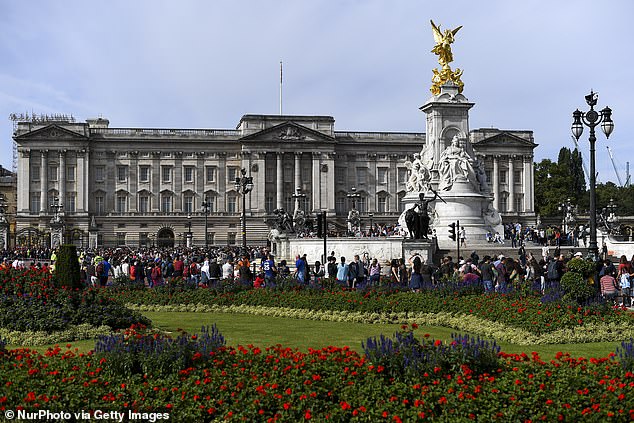 Prince Charles subsequently heard of the row and asked his brother to say sorry.

Johnstone-Burt, who has worked at the palace for six years, is responsible for 250 staff covering catering, housekeeping, entertainment, maintenance and administration.

On September 7, a source close to Charles said such an intervention would not be unusual. ‘He is the second most senior member of the family and is known to take action when and where is necessary.

‘Mostly he is well informed and will intervene where it is appropriate to do so.’

He is also in charge of a £370 million, ten-year re-fit of the Queen’s official London residence.

Johnstone-Burt joined the Royal Navy in 1977 and served in the Falklands before eventually being promoted to vice-admiral and becoming the Chief of Staff to Nato’s Supreme Allied Command Transformation at Norfolk, Virginia.

He was appointed a Companion of the Order of the Bath by the Queen in 2013.