SEBASTIAN SHAKESPEARE: Boris Johnson’s secrets cause a stir as ex-Ukip candidate William Cash pens memoir detailing a former love triangle involving himself, an art dealer and the new Prime Minister… but his own sister hates it

By Sebastian Shakespeare for the Daily Mail 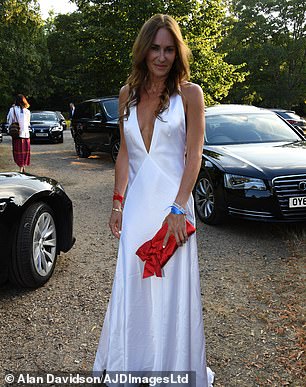 Former Ukip candidate William Cash was snubbed by his sister Laetitia, who boycotted the launch of his memoir Restoration Heart.

The book chronicles a bizarre love triangle between himself, art dealer Helen Macintyre and Boris Johnson, who reportedly agreed to let Cash raise his secret daughter — before Cash’s relationship with Macintyre ended.

The revelations proved too much for Laetitia, who stayed away from the Philip Mould gallery because, according to friends, she thought the book was unsupportive of the Prime Minister. 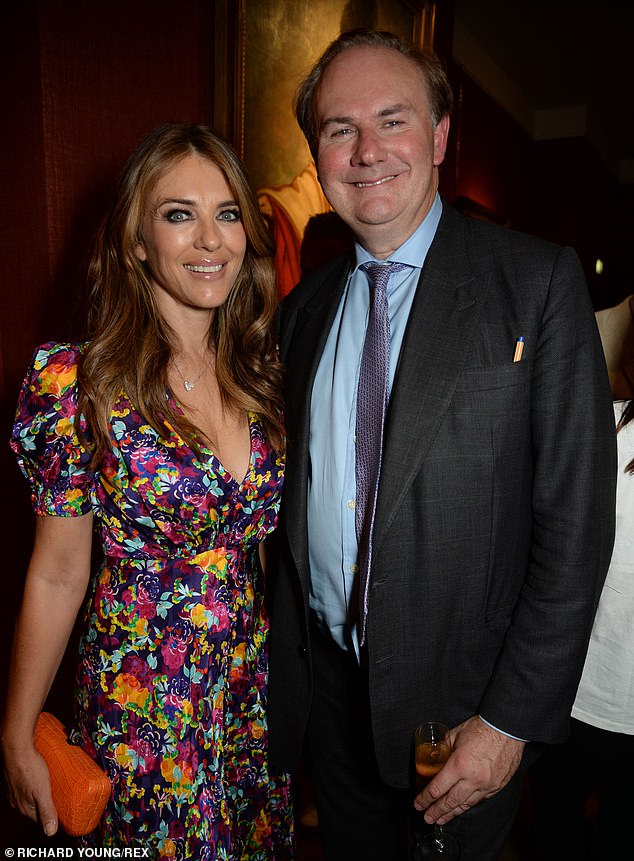 Accused of dominating Prince Harry, the Duchess of Sussex has finally found a man she can look up to.

Meghan has appointed 6 ft 10 in entrepreneur Stefan Allesch-Taylor as a director on the board of her new Sussex Royal charitable foundation.

Just like the 5 ft 5 in former actress, Allesch-Taylor is not afraid of putting noses out of joint. He was once involved in a vitriolic war of words with ex-Conservative Chancellor Kenneth Clarke.

And, should any stuffy palace officials fail to defer to Meghan’s new director, they might have a change of heart after seeing his office furniture, as the businessman used to keep a tank of piranhas in his office when he was a stockbroker.

Allesch-Taylor, 50, who is also a university professor and a coffee tycoon, was awarded a CBE in 2014 for philanthropic and charitable services in the UK and Africa.

Another new board member is former Barclays businessman Steven Cooper, 49, who is the chief executive of the UK’s oldest privately owned bank, C. Hoare & Co.

Their appointments as directors, who act as trustees, of Sussex Royal — set up by the couple after their public split from the Cambridges — were listed at Companies House yesterday.

It comes as Harry and Meghan are about to embark on their first official family tour to South Africa, where they will travel to a township in Cape Town.

Harry is also due to carry out a solo visit to Botswana.

The Prince recently said he is looking forward to introducing Meghan and their son Archie to his ‘second home’.

Meanwhile, Prince Harry closed a £1 billion trade in the City yesterday as he took part in commemorations of the 9/11 attacks, raising around £50,000 for charity.

But Cassius, 19, appears to have inherited his father’s business mind as he’s now raking it in — with fans including superstar Rihanna. ‘I’ve sold around 40 pairs,’ he says.

Can Darcey’s husband save the world (one step at a time)? 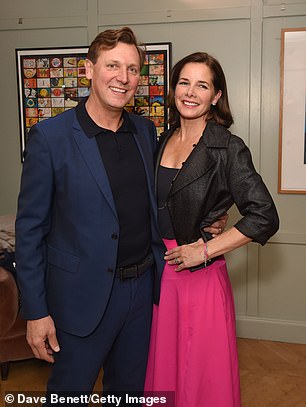 Former Strictly Come Dancing judge Dame Darcey Bussell and her husband Angus Forbes are on a mission to save the world.

The retired ballerina, 50, joined her husband in Soho for the launch of his book, Global Planet Authority, about how to protect the planet through global taxation and regulation.

‘I was sitting at my desk at home and it almost felt like someone slapped me on the head,’ Angus says of writing his first book. ‘There is no time to waste because we are ripping the biosphere apart — we have to go now.’

Darcey, who has been married to Angus for 22 years, and with whom she has two children, quit Strictly earlier this year for the sake of their two daughters.

‘I want them to remember me as a classical dancer and not just a judge on Strictly,’ she said.

Actor David Suchet warns that directors are struggling to keep up with ‘woke’ audiences.

‘I was speaking to a director recently, who said he wants to do a play, but he doesn’t know how to cast it because he doesn’t feel he can cast it traditionally because of this new woke movement,’ the Poirot star tells me at the book launch of Dinner With Edward by Isabel Vincent at Hatchards, Piccadilly.

‘In Hollywood recently, an actor was playing a Jewish man and they found out he wasn’t Jewish so they sacked him. That is wrong. If I could only play me, I’d stop acting tomorrow.

‘I’d never have been able to play Poirot because he’s Belgian, and I know that if I hadn’t blacked up as Caliban, I wouldn’t have got the notice that I did, and it changed my career.’ After presenting the new collection from her eponymous label, the six-times Wimbledon champion, 37, who is married to Reddit co-founder Alexis Ohanian, stepped out onto the stage with Olympia to rapturous applause.

The show must have been a welcome break for Serena, who was defeated by new kid on the block Bianca Andreescu in the U.S. Open final — despite the support of her friend, the Duchess of Sussex, who flew over to watch the match.

House of Commons Leader Jacob Rees-Mogg turned up at a Westminster party to celebrate the launch of Michael Ashcroft’s book about him, but refused to sign copies of the volume.

‘It’s an unauthorised biography, so it wouldn’t be appropriate to sign it,’ Rees-Mogg tells me. ‘My signature would authorise it.’

Former Tory treasurer Lord Ashcroft had to rethink the title of his book, Jacob’s Ladder. He says: ‘I did think about calling it Jacob’s Crackers.’