Day trippers welcome: Strawberry Fields finally opens to Beatles fans 70 years after inspiring John Lennon when he played in its wooded grounds as a boy

A woodland in Liverpool which inspired John Lennon to pen ‘Strawberry Fields Forever’ in 1967 has been opened up to the public.

Fans of the Beatles will be able to explore the area in full, as it has now been transformed.

Locals and tourists alike will be able to wander around the gardens, complete with strawberry beds, and visit the centre’s cafe for free.

The site, which has been developed by the Salvation Army will also include an exhibition area, which charts the history of the charity, along with Lennon’s childhood and the origins of the song. 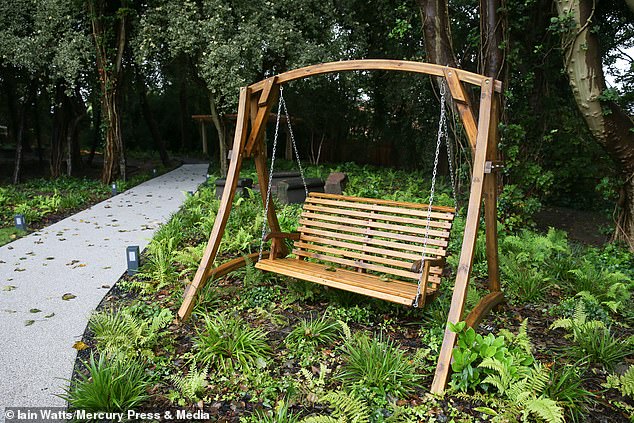 Strawberry Fields Forever! Now fans of the Beatles and locals alike will be able to explore the woodland 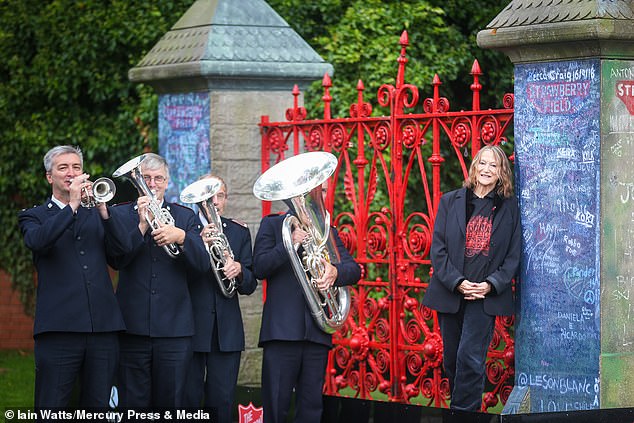 People had flocked to the iconic red gates at the entrance for years and will now finally be let inside. Pictured above is John Lennon’s step-sister Julia Baird with the Salvation Army 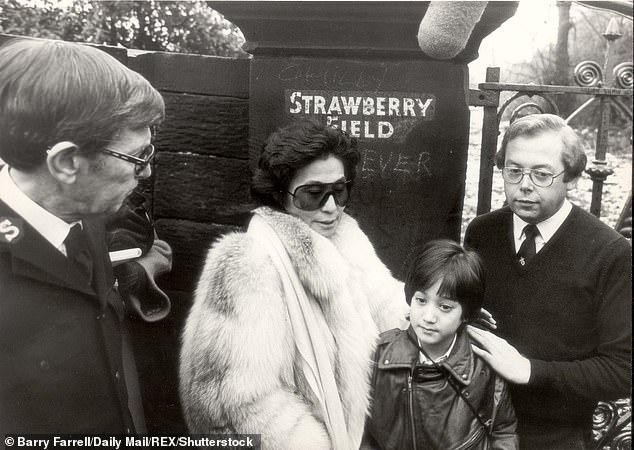 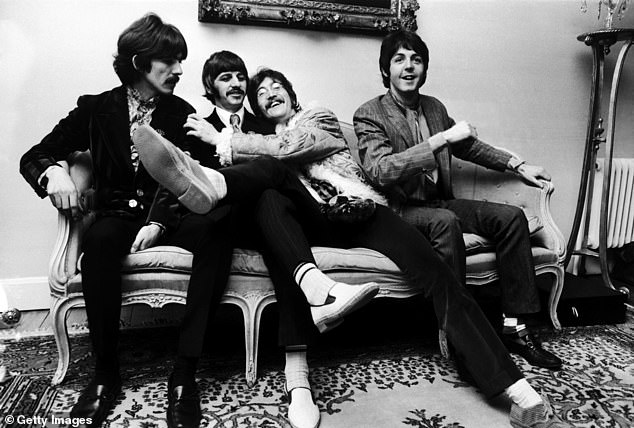 The Beatles are picture above, laughing and joking around at the press launch for ‘Sergeant Pepper’s Lonely Hearts Club Band’ in 1967

Those who had previously travelled to the site to peer through its graffiti-strewn red gates will be able to go inside for an entrance fee of £12.95.

Lennon was raised by his Aunt Mimi Smith after being abandoned by his mother.

As a boy he would sneak over a wall into the Strawberry Field grounds to play and climb the trees – back then it was the site of a children’s home run by the Christian charity.

The musician’s half-sister, Julia Baird, 72, who is honorary patron of the Strawberry Field project, said her older brother was aware that his upbringing was ‘different’ to his peers and used the field as his sanctuary. 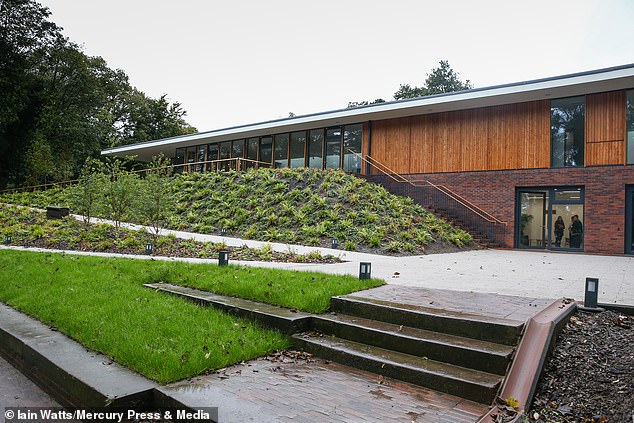 The newly opened site (pictured above) is open to the public and entrance costs £12.95 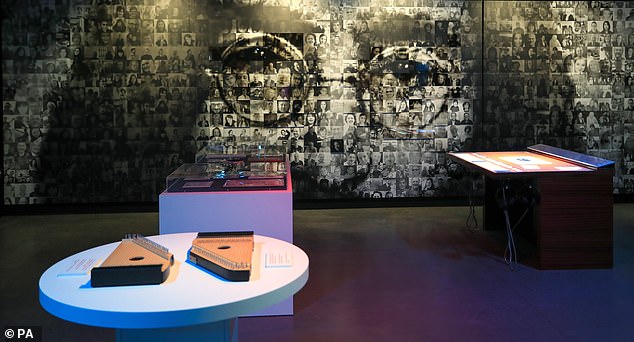 The song, which he described as one of his favourites of all his hits, was released in 1967.

The Salvation Army bought the original Strawberry Field site, which included a large Victorian mansion, in 1934 and opened it as a children’s home. That building was demolished in the 1970s and replaced by a new centre for families and children.

When that closed in 2005, the site lay empty while the charity raised money for the new £8.2million project.

The exhibition, cafe and Beatles memorabilia shop will help to fund a ‘Steps to Work’ programme which will give 50 young people with learning difficulties the skills and experience to find a job each year. 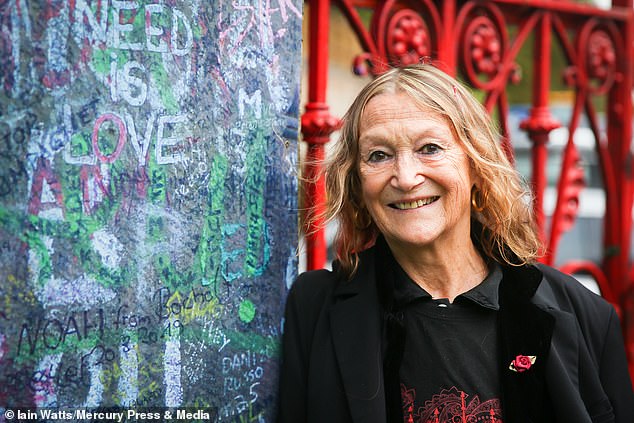 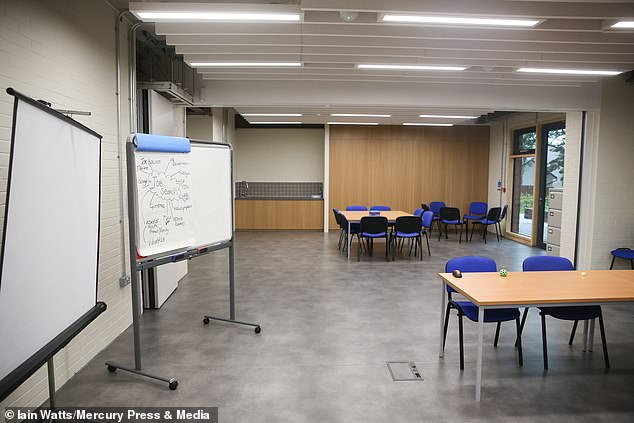 There is also an onsite study room (pictured above) at the site which has cost £8.2million 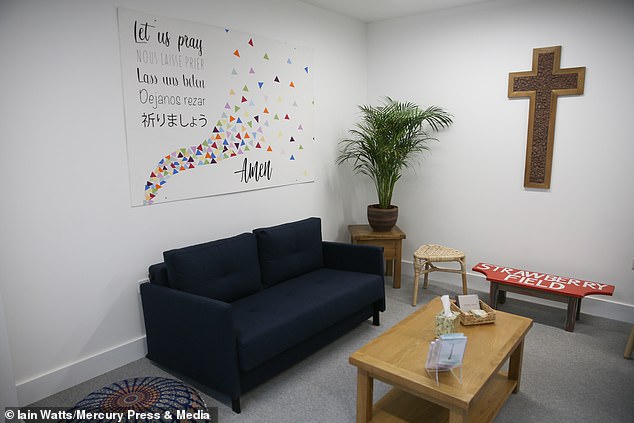 Mrs Baird said Lennon would have ‘loved’ the idea that the site was now being used to help others.

She added: ‘John certainly had a synergy with the resident children [at the children’s home], being displaced himself from ‘normal’ family life. He confessed to being shy and self-doubting.’

Strawberry Fields Forever was released as a double A-side single with Penny Lane, reaching number two in the UK charts.