Pictured: Divorced mother, 35, ‘who arranged deadly medieval fight-to-the-death duel to see which of her two admirers would win her hand’

A divorced mother arranged a deadly ‘medieval duel’ to see which of her two male admirers would win her hand, a court heard.

Both men claimed Juskauskiene as their own, so she allegedly decided to settle the argument with a fight to the death in an alleyway in Stratford, East London. 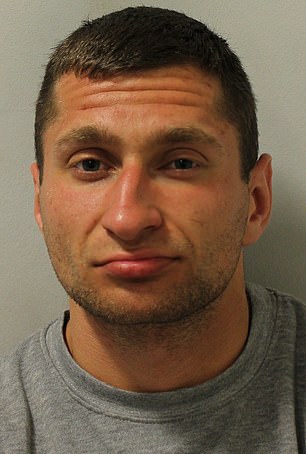 Asta Juskauskiene (left), 35, was married to Giedruis Juskauskas, 42, but was seeing Mantas Kvedaras (right), 25. She allegedly decided to settle the argument with a fight to the death

Hugh Davies, prosecuting, told Kingston Crown Court: ‘As you will hear, Asta Juskauskiene had discussed the purpose of the meeting with her friend Jurgita Sulciene.

‘That purpose was for the men to settle the issue in relation to the defendant with violence – in effect a latter-day medieval duel.’

Juskauskas was found dying from multiple stab wounds to the neck, chest, and shoulder. Kvedaras has admitted murdering him on June 17 this year.

The court heard he began a relationship with mother-of-three Juskauskiene following his release from prison in Lithuania. 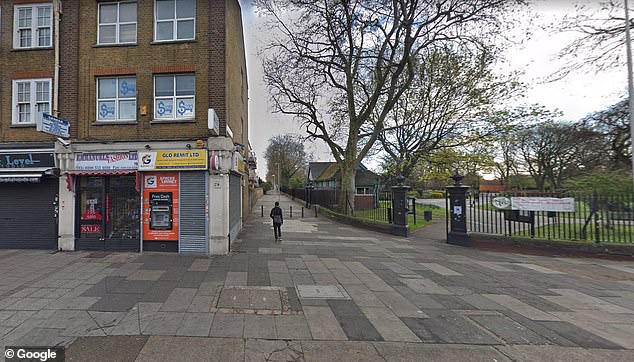 Mr Davies said: ‘Giedrius was however still on the scene. As you will hear, he regularly visited the address to see his daughter. He had not wanted the divorce. 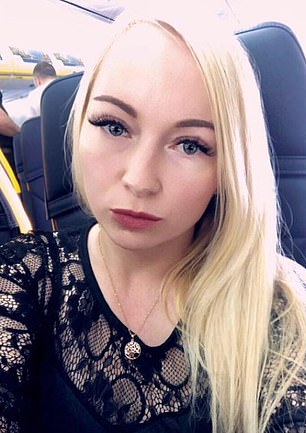 Asta Juskauskiene, 35, allegedly arranged a deadly ‘medieval duel’ to see which of her two male admirers would win her hand

‘He was providing financial support for his daughter and maintaining a sexual relationship with the defendant. In their different ways each man felt that they had claims over Asta Juskauskiene. The situation was inevitably going to come to a head.

‘It did come to a head in Whalebone Lane on that Monday morning. Giedrius Juskauskias and Mantas Kvedaras had obviously met there by arrangement rather than by chance.

‘Neither was anywhere near where they lived, and telephone records demonstrate there was repeated communication between them during the day of Sunday 16 June as they travelled from different locations to the scene.

‘What exactly had been said to Giedrius by either or both of Mantas Kvedaras and Asta Juskauskiene may never be known. The evidence demonstrates that at the heart of this arrangement was this defendant.

‘The prosecution case is that she is a manipulative and controlling figure central to the orchestration of these events. 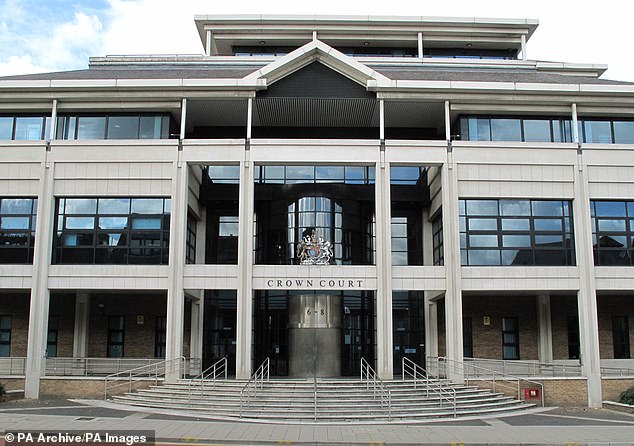 ‘She knew in advance that Mantas Kvederas was intending to use serious violence and cause at least serious harm to Giedrius and she encouraged, assisted and intended to do this.

‘Juskauskiene then actively assisted Mantas in removing his important documents from her house.

‘She harboured him at her house following the murder, she selectively deleted text messages from her mobile telephones before they were seized by police, she lied repeatedly in interview.

‘The prosecution contends that from the point she was told by Mantas Kvaderas immediately following the murder what had happened she has taken steps to distance herself from both him and the events.

Juskauskas was found bleeding to death on Whalebone Lane in Stratford at 12.30am on June 17.

Mr Davies said: ‘This was not a fist fight that escalated: it was a murderous assault with a single bladed knife with death as the inevitable outcome.

Juskauskiene, of Dartford, Kent, denies conspiracy to murder and perverting the course of justice. Lithuanian Kvedaras, of no fixed address, has admitted murder.