Ryanair boss Michael O’Leary has threatened to sue the Government over its £106million plan to bailout struggling airline Flybe.

Mr O’Leary said Ryanair, easyJet and other budget airlines could ‘step in’ to cover routes to regional destinations including Exeter and Southampton if Flybe goes bust.

He said the Government’s multi-million pound plan to rescue the air carrier ‘breaches state aid and competition law’ before branding it a ‘nasty cover up’.

Describing Flybe as a ‘subsidised billionaire boys club’ he urged Chancellor Sajid Javid to give Ryanair and other rival airlines the same tax holidays as them.

The Government’s plan has been met with staunch opposition from other UK airlines, with British Airways submitting a formal complaint to the EU’s competition watchdog over what it calls a ‘blatant misuse of public funds’.

BA’s owners International Airlines Group (IAG) today wrote to the Government accusing it of a ‘lack of transparency’ and asking for further details on the deal.

Whatever the outcome of IAG’s complaint to the EU Directorate-General for Competition, officials in Brussels could use the Flybe crisis to their advantage in post-Brexit trade talks, according to The Telegraph.

But after accusations of the Government breaching state-aid, it could help justify EU demands for ‘level playing field guarantees’.

Mr O’Leary told Sky News on Thursday: ‘We, easyJet and other airlines would step in to provide services on all the main routes.

‘It’s inevitable they will. They have been bankrupted or financially restructured five times in the past 12 years. They are doomed to fail again.’

Quizzed on whether Ryanair could commit to providing services on all of Flybe routes if it goes out of business, Mr O’Leary said that had ‘always been the case’.

He said of Mr Javid: ‘As long as he should publish what the Government is doing for Flybe today on his Twitter feed and then say he is extending that holiday to all of the other airlines that compete with Flybe in the UK, then case closed, we’re all being treated fairly.

‘What you can’t have is a government subsidy to a billionaire boys club in Flybe, give them a subsidy, then ask all the other airlines, who by the way offer lower fares than Flybe, to keep collecting the tax and paying over the tax to the Government.

‘That’s in breach of competition law, in breach of state-aid rules, and the government cannot get away with it.

‘It’s a nasty cover up subsidy to billionaires. So Mr Javid please publish the deal and please tell us that you’re extending that tax holiday to all airlines.’

Stobart said Connect Airways, in which it has a 30 per cent stake, was prevented from taking over the business last year because the EU’s competition regulator dragged its feet.

In a London Stock Exchange update today it said Connect’s turnaround plan for the air carrier was impacted by ‘legacy issues and a ‘delay in receiving control’ of the firm as it took more than six months for them to clear the takeover. 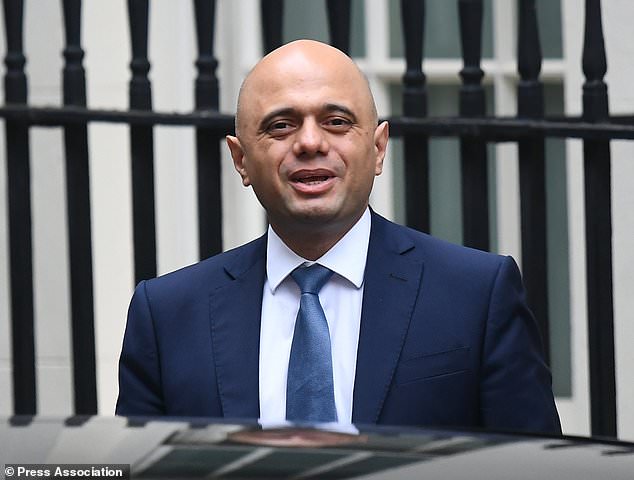 In a statement that also revealed it will contribute £9million to Flybe’s rescue deal, it said: ‘This resulted in a situation in which a further injection of funds is required to ensure continued flying.’

The firm said it contributed to the rescue after ‘working tirelessly alongside Flybe and the UK Government’ to look for solutions to make the business more financially viable.

The crisis-hit airline was saved from collapse on Tuesday evening following an agreement between the Government and Connect Airways, a consortium including Stobart, Virgin Atlantic and Cyrus Capital.

The Government agreed during the talks that it will review the application of Airline Passenger Duty (APD), with the intention to provide a further update at the time of the March Budget.

It was also reported the Government agreed to defer Flybe’s £106 million APD bill until after the winter.

Details of the deal have not been disclosed by the Government and Chancellor Sajid Javid said shareholders were persuaded by proposals to review the levy.

Stobart also said the Government agreed a ‘review of regional connectivity’ to enhance the viability of domestic UK flights.

Stobart Group, which also owns London Southend Airport, said its recent cash boost is in addition to £45 million the company has already pumped into Flybe, from a total £110million of funding from the Connect consortium.

Downing Street has since insisted there has been ‘no state aid to Flybe’ and any support that is given to the firm would be on ‘strictly commercial terms’. 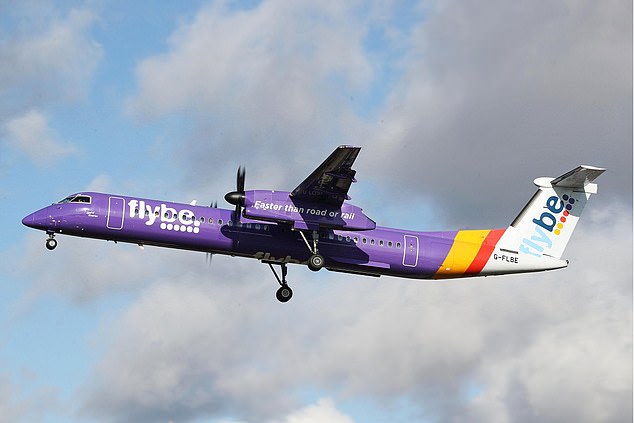 Flybe was saved from collapse on Tuesday evening following an agreement between the Government and Flybe’s owner Connect Airways, a consortium including Stobart, Virgin Atlantic and Cyrus Capital