Police car plunges into a ditch after smashing into a Mini

By Ryan Fahey For Mailonline

An officer has been injured after a police car smashed into a Mini and crashed into a ditch during a pursuit on a major road in Salford.

The A576 Eccles Road, off the A6 Pendleton roundabout, is now closed after the police vehicle plunged into the ditch at around 11pm.

The road, which has been closed eastbound between Langworthy Road and Pendleton roundabout, is set to stay shut for next couple of hours.

Pictures from the scene of the accident show a battered police car laying on the bank of the ditch, with tyre marks printed into the grass where the car came to a halt.

The battered police vehicle is pictured after the crash on a major road in Salford, Manchester tonight 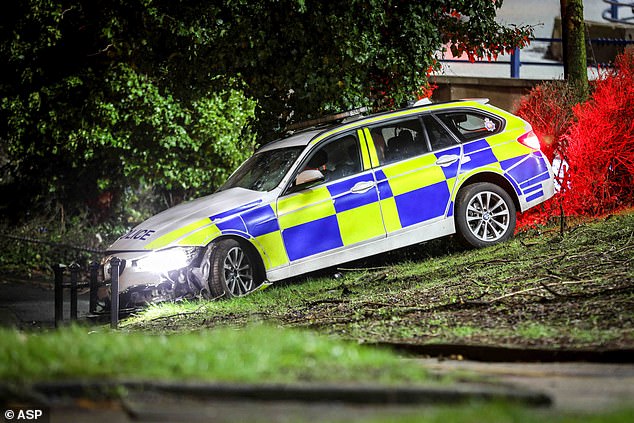 The battered police vehicle is pictured after the crash on a major road in Salford, Manchester this morning. Reports say that an officer was injured in the incident 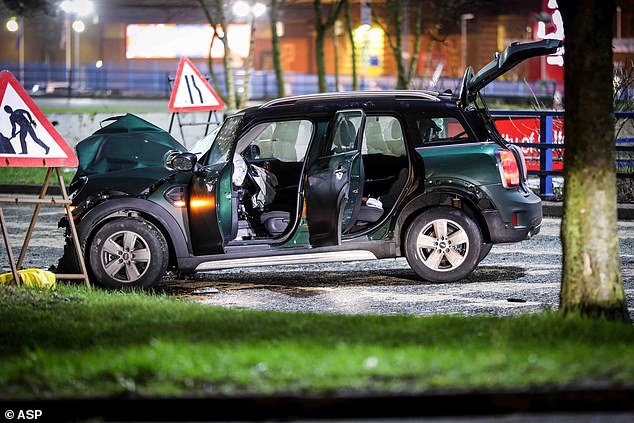 A Mini Countryman was also involved in the collision, and it’s believed they were hauled off into custody after the crash in Salford tonight

A Mini Countryman could also be seen in the middle of the carriage on Eccles Old Road with exstensive front damage.

Investigators from the serious collision division attended the scene to take photographs and gather evidence.

It is believed the Mini Countryman was involved in a pursuit before the crash. 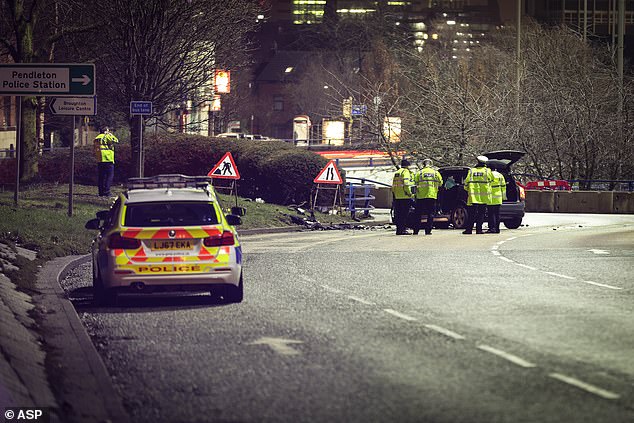 The extent of the officers injures are unknown at this stage and it’s also unclear whether anyone in the Mini was injured.