Caroline Flack‘s ex-fiance Andrew Brady was seen by the beach in Australia soon after she killed herself in London.

The former Apprentice star, 29, was spotted reading something on his mobile near the coast in Sydney yesterday.

Brady left the UK to travel around Australia and south east Asia after splitting up with Flack, 40, and had been highly critical of her on social media.

He described escaping a ‘toxic situation’ and claimed the ‘truth will come out eventually’ after she was arrested on suspicion of assaulting her new boyfriend Lewis Burton, 27, in December.

The former Celebrity Big Brother contestant was dressed casually in a dark cap, grey T-shirt and shorts, smoking a cigarette by the coastline in the hours after Flack’s death yesterday.

The former Love Island presenter was found dead at her north London home shortly after she found out she would face trial over the alleged assault of her tennis player boyfriend.

Caroline Flack’s ex-fiance Andrew Brady was seen near the beach in Sydney, Australia, hours after she killed herself at her London home 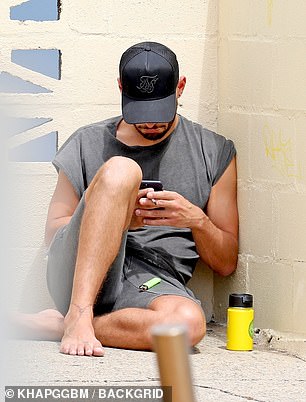 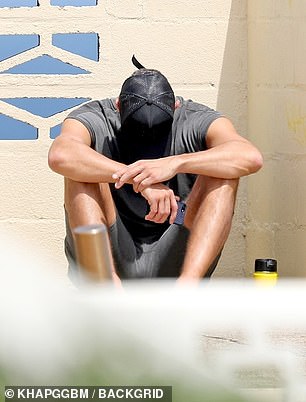 The former Apprentice star, 29, was spotted reading something on his mobile phone (left) before hanging his head (right) by the beach in Sydney yesterday 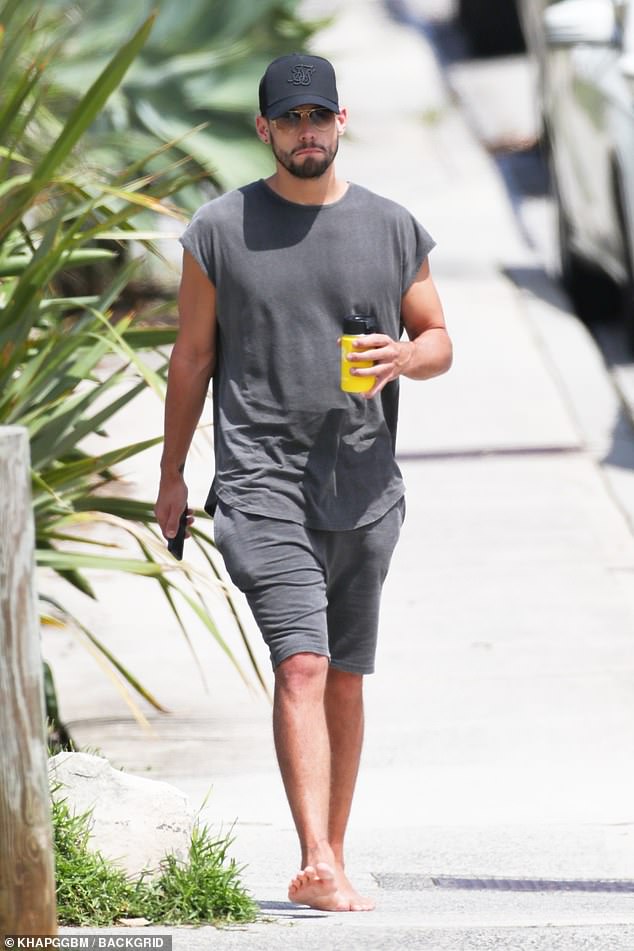 Andrew Brady is pictured walking barefoot by the beach in Sydney, where he moved following his split from Flack 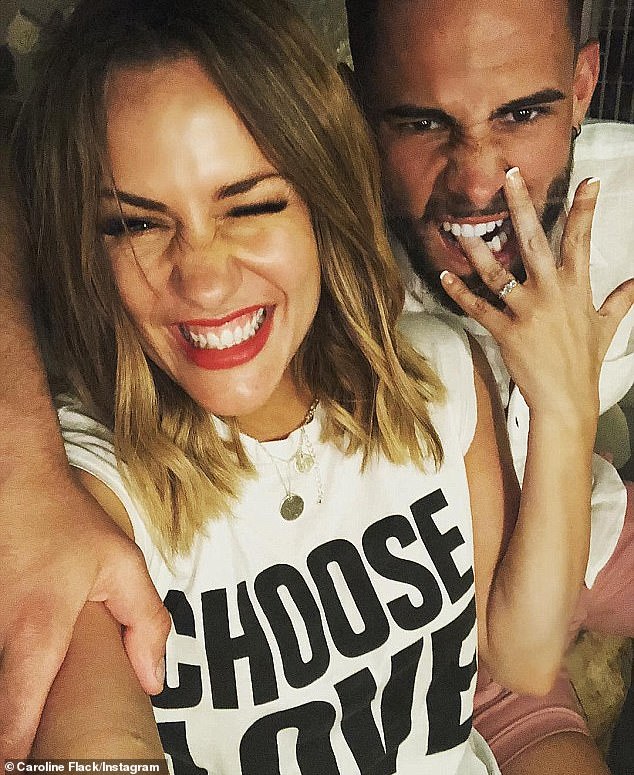 Flack got engaged to Andrew Brady, who also starred on Celebrity Big Brother, after less than six months of dating in 2018 – but they split soon after 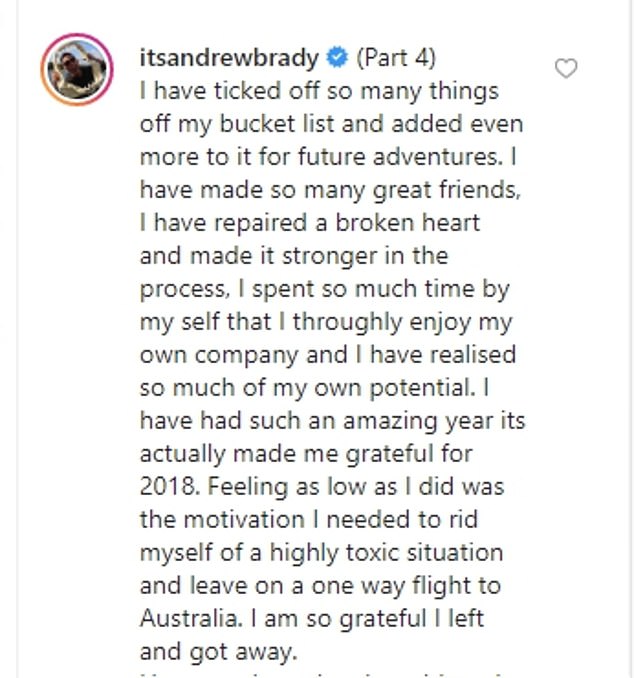 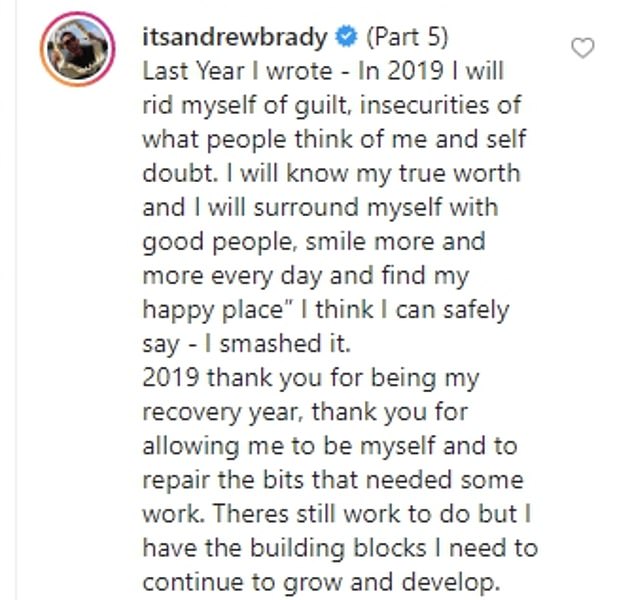 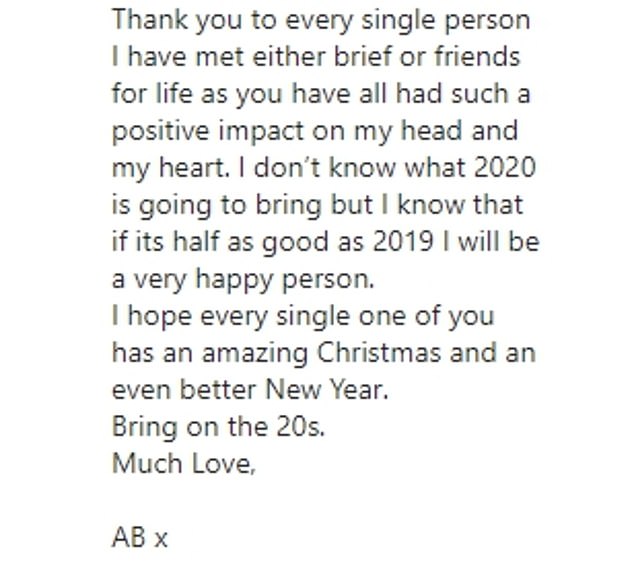 The couple were banned from contacting one another as part of her bail conditions despite him backtracking on his claims after her arrest and urging prosecutors to drop all charges against her.

The TV star got engaged to Flack after just six months of dating in 2018 but they split soon after.

Brady first spoke out on Flack’s case in December, uploading pictures of a confidentiality agreement, thought to be from when he was engaged to her, on social media with the caption: ‘Abuse has no gender.’

After detailing each leg of his trip, he told his followers: ‘I realise how lucky and humbled I am that I was able to go on such an amazing adventure this year. As most of you were probably aware I was certainly in need of a change from 2018. 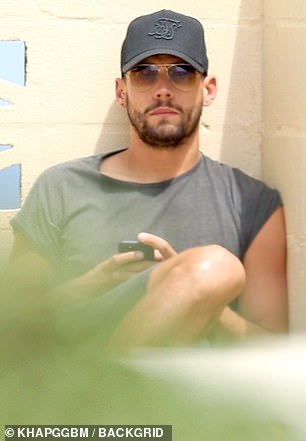 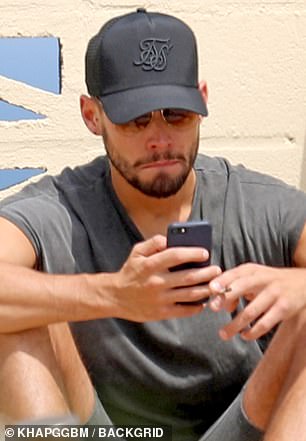 Brady (pictured yesterday) left the UK to travel around Australia and south east Asia after splitting up with Flack, 40, and had been highly critical of her on social media 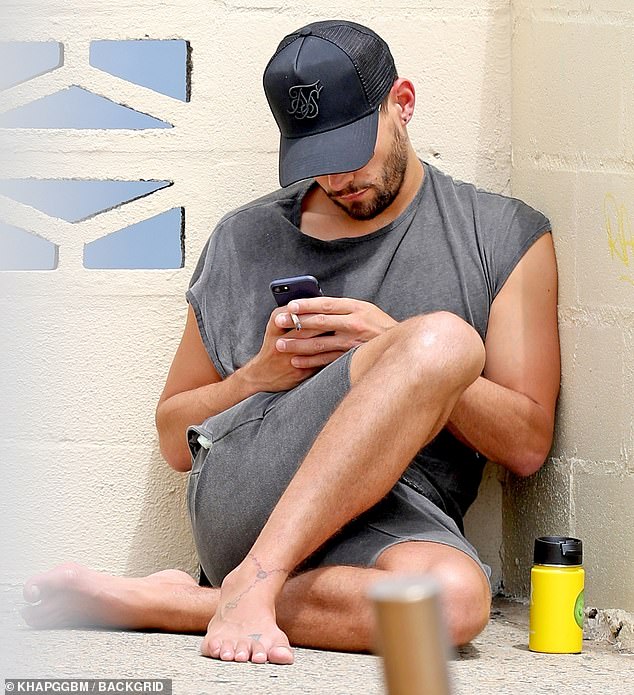 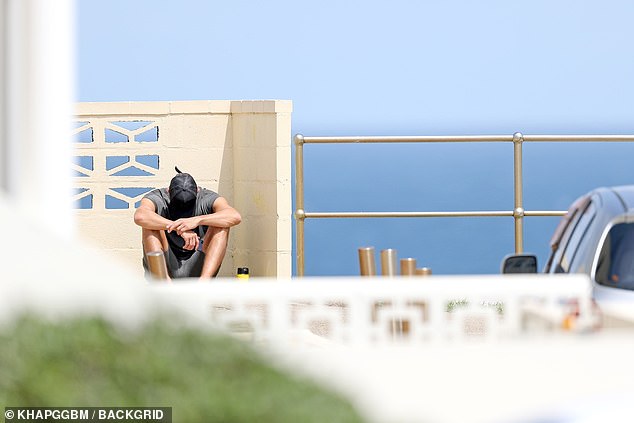 He continued: ‘I have repaired a broken heart and made it stronger in the process… I have had such an amazing year its actually made me grateful for 2018.

‘Feeling as low as I did was the motivation I needed to rid myself of a highly toxic situation and leave on a one way flight to Australia. I am so grateful I left and got away.’

He even went on to reference Flack’s new boyfriend, who stood by her in the wake of her arrest, writing: ‘However, I am deeply saddened to see my 2018 is looking rather similar to someone else’s 2019.

‘It appears there’s yet another victim of domestic abuse being silenced by a gagging order.’

He added: ‘You may be able to silence victims but a leopard never changes her spots. The truth will come out eventually.’

Brady finished his post by describing 2019 as ‘my recovery year’ and posting details of the National Domestic Abuse Hotline.

If you have been affected by this story, you can call the Samaritans 24/7 on 116 123 or visit www.samaritans.org. 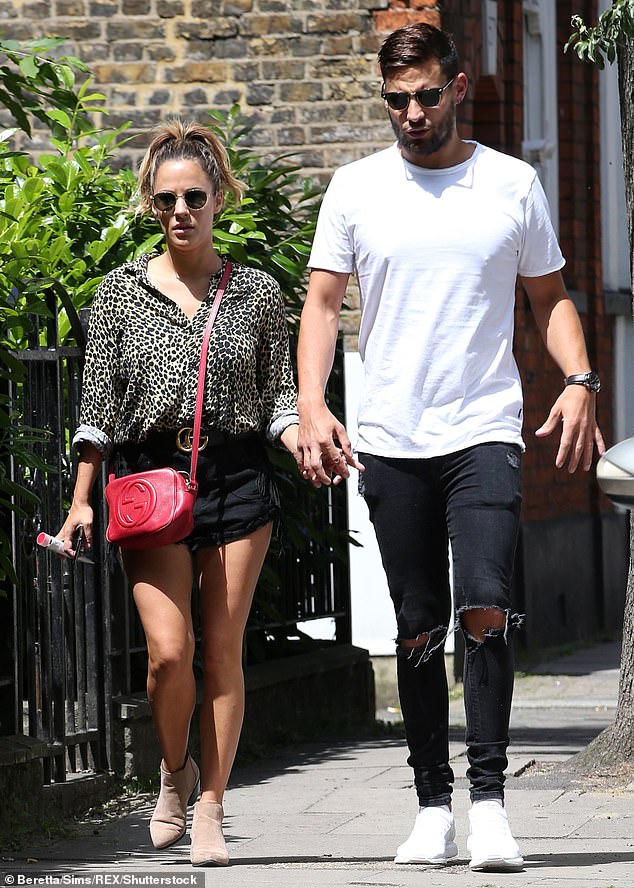