Prince William has hailed Welsh dairy farmers as ‘seriously tough’ after he spent the week lambing with his family in Norfolk.

Speaking in Cardiff ahead of this afternoon’s Six Nations clash against France, the Duke revealed how George revelled in the experience, Charlotte was initially hesitant, and Louis ‘loved the tractors’.

The royal was pictured cheering with the crowds packed inside the Principality Stadium, where Les Blues sneaked a four-point win.

Ahead of the match, William carried out his duties as patron of the Welsh Rugby Union and met with injured players such as Rhian Roberts, 34. 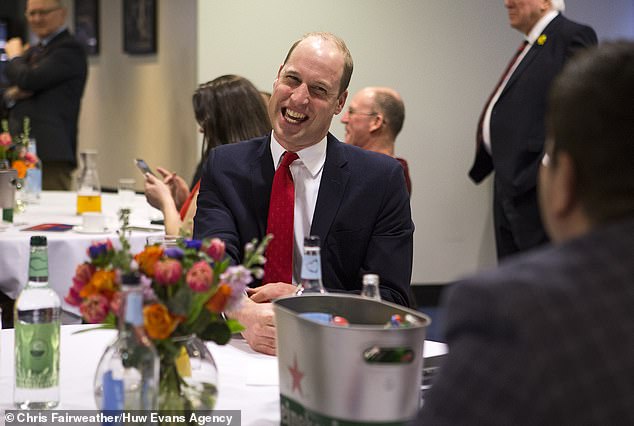 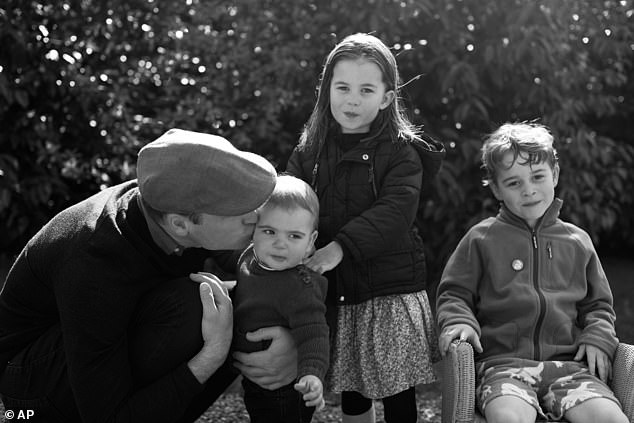 Speaking in Cardiff ahead of this afternoon’s Six Nations clash against France, the Duke (left) revealed how George (right) revelled in the experience, Charlotte (middle) was initially hesitant, and Louis (left) ‘loved the tractors’

Mrs Roberts, a primary school teacher, told William she had married into a dairy family in West Wales.

She has been supported by the trust after suffering damage to her neck during a tackle in March 2018.

‘We’ve been lambing with the children this week,’ William told Mrs Roberts, who played with club Y Piod Pinc for two seasons.

‘Charlotte wasn’t sure at first but George was straight in there. Louis loves the tractors.

‘They love seeing the lambs and feeding the lambs. Dairy farming – you are all seriously tough.’

Mrs Roberts, who was meeting William for the first time, described him as ‘down to earth’ and said he took a real interest in farming.

‘He said they’ve been lambing this week up in Norfolk. They want the children to see the country way of life as well as the city way of life.’ 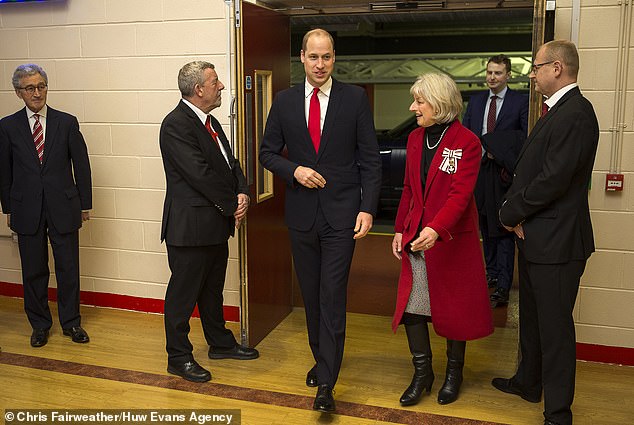 The Duke enters the arena for the match, sporting a red tie, the colour of the team he will be cheering, Wales

Mrs Roberts, who joined the trust last year, said she felt as if she had ‘gained an extra family’ through it.

The trust was set up in 1972 as an organisation with a range of education, social and sporting objectives.

Its principal aim is to support those who have been severely injured while playing in Wales, as well as their families.

William also spoke to Simon Hart, the Secretary of State for Wales, and asked whether he had been with his father Prince Charles on Friday.

Record river levels during the storm left more than 80 businesses flooded in the town centre.

Across the county of Rhondda Cynon Taf, more than 1,000 properties – both residential and commercial – have been damaged. 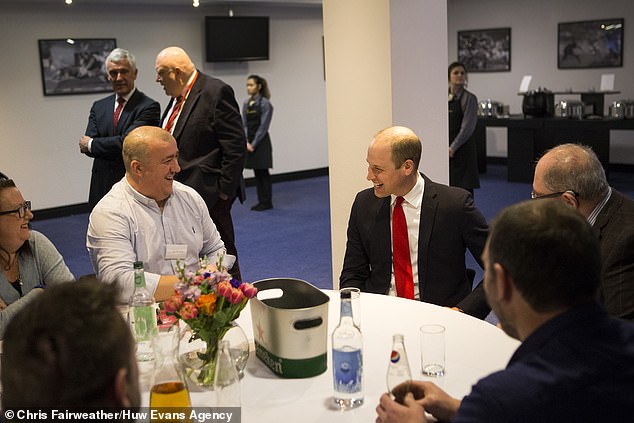 The Welsh Rugby Union had 60 buckets for fans to make donations to those affected by the floods, and has pledged £100,000 to support clubs.

Staff have volunteered to help with the clear-up operation across the country.

The union is also taking steps to help with equipment lost in the flooding, as well as providing specialist expertise with recovering and maintaining damaged pitches.

Martyn Phillips, group chief executive of the Welsh Rugby Union, speaking ahead of the match, said: ‘These are exceptional circumstances and we have therefore decided to allocate dedicated funds and resources to help out rugby clubs in need in communities throughout the country.

‘There is money put aside for emergencies such as these and we will take great care to ensure that we target both money and resources in the right areas so that we are helping those who need it most.’