By Brendan Carlin Political Correspondent For The Mail On Sunday

Despite her Left-wing leanings, she has pledged her support for the Monarchy – and last night it emerged that Labour firebrand Rebecca Long Bailey once met Princess Diana.

As a nine-year-old in 1988, the leadership candidate presented flowers to the Princess at the opening of an oil refinery on the Manchester Ship Canal where her docker father Jimmy worked.

She won a raffle of employees’ children for the honour, and her mother Una prepared her for the role at the Shell Stanlow plant.

Ms Long Bailey told the Sunday Mirror: ‘It was a huge deal and my mum made me wear rollers the night before.’

Although leadership rival Lisa Nandy would like to see the Monarchy scrapped, Ms Long Bailey says: ‘There are more important things to do.’

However, the 40-year-old is heading for a humiliating third place in the leadership race, it has been claimed.

Sources say the ‘Corbyn continuity candidate’ is trailing behind both Ms Nandy and clear favourite Sir Keir Starmer in a private survey of Labour members. 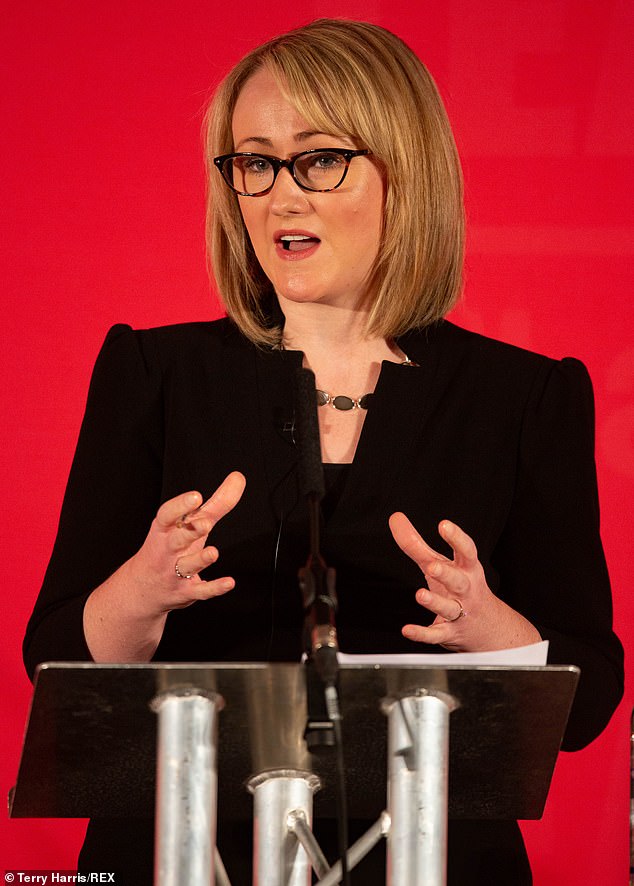 A party source said: ‘It may be that Keir’s Leftie bank-manager-style campaign is unstoppable, but it’s embarrassing for Long Bailey if she can’t beat Nandy given all the advantages she had. She’s been Corbyn’s anointed heir for years but it looks as though she’s blown that.’

The forecast comes amid reports that Ms Long Bailey’s running mate, Angela Rayner, is cutting back on appearances with her because of the faltering campaign – reports denied by the Rayner team.

Critics called on him to reveal the donors who fund his campaign before ballot papers go out tomorrow.